Corruption spreads like a disease, and some members of Congress have caught it 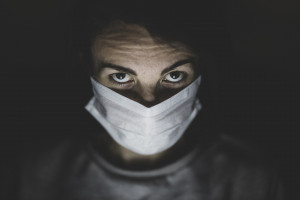 Since Donald Trump took office in January of 2017, we have grown accustomed to a public display of self-dealing on a scale that is unlike any we have known in U.S. politics before. Congressional leaders have failed to rein the president in, giving him carte blanche to run the White House as an extension of his business empire. When political leaders engage in overt, unapologetic corruption, it sets a deep and permanent precedent. Corruption begets more corruption; it spreads like a disease if left unchecked.

If recent reports are true, Senators Richard Burr (R-N.C.) and Kelly Loeffler (R-Ga.), possibly among others, took advantage of confidential briefings about the impending outbreak of COVID-19 to sell off their stock holdings before other Americans knew what was coming. In Loeffler’s case, she even re-purchased stock in businesses expected to rise, such as the teleconferencing company Citrix. These elected officials were profiting from the anticipated misfortunes of those they serve, without taking action to protect their constituents or the country as a whole. With the threat of a disease that would bring the country to its knees, another disease, the disease of corruption, has spread as well. Thus far no cure for either is in sight.

While the scandal was precipitated by the COVID-19 pandemic, the recent failure in public morals has been longer in the making, the inevitable result of congressional acquiescence in the president’s financial misdeeds. Congress should have acted to curb the president’s corruption as early as 2016 when he failed to separate himself from his businesses, though he hid behind the pretense that he had put his sons in charge. Then there was the use of the Old Post Office in Washington, D.C., as the site of the Trump International Hotel Washington, D.C. where the president controls the agency with which the corporation must negotiate its lease (a lease that currently prohibits the lessee from being an employee of the United States government). Congress again turned a blind eye. There was also the use of an airport close to the Trump estate in Turnberry, Scotland, where the estate doubled as a bed and breakfast for U.S. Airforce officials en route to Kuwait. In another day and age that story alone would have shaken the foundations of any normal presidency. Throughout there have been the ongoing emoluments flowing to the president from both foreign and United States government patronage of his businesses, something the Democrats in the House did not include among the impeachment charges.

Congress’ passivity in the face of the president’s profiteering sends a clear signal: using public office for private gain is not all that bad. Accepting corruption on the part of the chief executive is a slippery slope: inaction breeds acceptance, and acceptance ultimately gives way to endorsement. Having failed to object to the president’s retention of his businesses and other conflicts of interest, members of Congress imbibed his leadership style and followed suit themselves.

But what could Congress have done, especially given that insider trading by members of Congress was already illegal when Trump took office? Three years ago, one of us co-authored an op-ed proposing that Congress enact a law prohibiting the president, the vice president, and members of Congress from trading in individual stocks. The op-ed suggested that members of Congress could still invest, but it argued they should be restricted to broad-based mutual funds and other conflict-free assets.Two years ago, Senator Elizabeth Warren (D-MA) introduced the Anti-Corruption and Public Integrity Act, a bill that contained more or less the same suggestion. The measure unsurprisingly went nowhere, and even the democratically controlled House declined to include a ban on congressional stock trading in its ethics reform bill. Reviewing this history, one might conclude that legislating financial ethics is not popular with members of Congress. Yet Senator Burr was one of only three Senators to dissent in 2012 to the passage of the Stock Act, the law that banned congressional insider trading. Congress was more willing to tie its own hands to prevent corruption at a time that the occupant of the Oval Office was willing to tie his own, as well as ensuring full compliance with financial vetting rules for members of his cabinet.

True leadership involves personal sacrifice, and elected officials should be willing to abide by the same conflict of interest rules that apply to every executive branch employee—that is, other than the president and the vice president. Members of Congress should be willing to give up the opportunity to invest in individual stocks. If they wish to continue investing, they should only use a blind trust certified by the U.S. Office of Government Ethics. For the trust to be certified, it must be structured in such a way that it prevents the owner from knowing the specific stocks included in the portfolio. Members of Congress would be free to invest in diversified mutual funds, government bonds, and other conflict-free assets. At the very least, these steps would enable members of the public to have more confidence in the decisions taken by their elected officials. Therefore, there is no reason that such rules should not also apply to the vice President and the president.

Leadership shows itself in times of crisis. By that measure, Congress is failing. Congressional Republicans were willing to pass a stimulus package that would have given Treasury Secretary Mnuchin broad leeway to give $500 billion dollars in handouts to big business. Democrats pushed back, but the current stimulus package will still give him too much authority over the distribution of a portion of the funds, even if the bill requires that use of the funds be more transparent. But notice that many of the same senators and representatives insisting on this bailout currently own stock in the very companies they are voting to help with money that Congress could have instead given directly to American workers. While this is not an insider trading problem (unless they are currently buying or selling stock), it is a profound conflict of interest. And it is intolerable on the part of elected officials responsible for considering how to save their constituents from disease, death, or economic ruin.

It’s time to dust off Senator Warren’s ethics reform bill that would ban members of Congress, the president, and vice president from investing in individual stocks and enact it into law. Members of Congress should be focused on the public health and economic emergency facing our country, not on maximizing the size of their own portfolios. Aspiring stock jobbers can resign from Congress and pursue their financial interests on Wall Street. Those who remain to represent us in Washington should dedicate themselves to the public interest. If they do not, even without legal reform, we should vote out of office the politicians who invest more in their financial futures than the future of the nation.

Claire Finkelstein is the Algernon Biddle Professor of Law and Professor of Philosophy and the Faculty Director of the Center for Ethics and the Rule of Law at the University of Pennsylvania. @COFinkelstein

Richard W. Painter, a member of CERL’s Advisory Council, is the S. Walter Richey Professor of Corporate Law at the University of Minnesota Law School and was the chief White House ethics lawyer under President George W. Bush. His just-published book is American Nero. @RWPUSA