Skip to main content area Skip to institutional navigation Skip to search
« Back to The RuleOfLaw Post
FISA • March 31, 2020

Why Congress should not wait to enact FISA reform 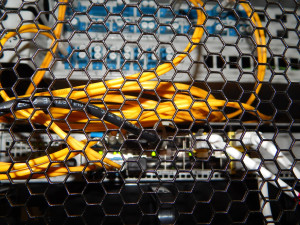 One of the issues pushed to the side as the U.S. grapples with its response to the global COVID-19 pandemic is congressional consideration of changes to the Foreign Intelligence Surveillance Act (FISA). The delay has not been without consequences. On March 15, 2020, three FISA surveillance authorities—known as the Call Detail Record (CDR), lone wolf, and roving surveillance provisions—expired after the Senate failed to act on House of Representatives (H.R.) bill 6172. This bill would have extended all three authorities (albeit while eliminating the ability to obtain CDRs on an ongoing basis) in conjunction with making a series of other substantive changes to FISA. Most notably, it would also place more limitations on the government’s ability to acquire and use information that would previously have been permissible under the “third-party doctrine;” it would demand more accountability from the Department of Justice for information collected and submitted to the Foreign Intelligence Surveillance Court and Court of Review; and it would change existing FISC rules with regard to the appointment of amicus curiae and the declassification of opinions.

The passage of the House bill on March 11, 2020, was something of a surprise as was the vote, 278-136. The vote tally expressed at least some level of bipartisan support for a measure that was sponsored by Representatives Jerry Nadler and Adam Schiff. Attorney General William Barr also expressed his support for the legislation, but the prospects for the bill in the Senate were immediately clouded when, on March 12, President Trump issued a veto threat using his favorite communications forum, Twitter. Two Senators, Rand Paul and Mike Lee, also tweeted their opposition to the House bill and threatened a filibuster that would have consumed valuable legislative time in the midst of efforts to respond to the medical emergency confronting the country.

Initially, Senate Majority Leader Mitch McConnell had scheduled a procedural vote on the House bill for March 16 but postponed it in the face of the filibuster threat. Ultimately, McConnell punted and sponsored a stopgap bill (S. 3501) that temporarily extends until May 30, 2020, the lone wolf and roving surveillance authorities but that allows the CDR program contained within FISA’s business records provision to lapse. According to Politico, Senators Lee and Paul agreed to support S. 3501 in return for guaranteed votes on a package of amendments when the House FISA bill is eventually taken up in the Senate—presumably sometime before the new May 30 expiration date contained in S. 3501. Politico quoted Lee as saying, “We shouldn’t have to wait until the moment when we’re on the eve of the expiration of some important legislation and where we have to wait for the president of the United States to weigh in and lean in…From time to time, laws require revision and review and reform. That always necessarily requires amendments.” Lee failed to mention, however, that the sunset dates for these three expiring authorities have been known since they were last extended as part of the USA Freedom Act in 2015 and have been the subject of public commentary noting the approaching expirations. (See, e.g., Robert Chesney, Three FISA Authorities Expire in December: Here’s What You Need to Know, Lawfare, January 16, 2019, and George Croner, A New Year and a New Congress, The Post-Election Agenda for Foreign Intelligence Legislation, FPRI E-Notes, November 28, 2018.

The current state of play is as follows. On March 15, 2020, the Intelligence Community’s authority to use these three FISA provisions expired. Days prior to that expiration, the House passed a comprehensive bill that expresses its intended action with respect to these three now-expired authorities, as well as on the issue of FISA “reform” in general. The broader FISA reform movement was energized by the release of the Department of Justice Inspector General’s Report in December 2019 (Report on Four FISA Applications and Other Aspects of the FBI’s Crossfire Hurricane Investigation (the “Horowitz Report”)). Without taking a vote on the House bill, the Senate passed its own legislation (the aforementioned S. 3501) retroactive to March 14, 2020 (the day prior to the sunset date for the three expiring FISA authorities). S. 3501 extends the sunset date until May 30, 2020, but almost certainly does not reflect the last word of the Senate on more comprehensive efforts to “reform” FISA. The House is currently in recess, so its action on the Senate’s stopgap bill cannot be predicted. No one can say for sure how the White House will respond to any FISA bill that eventually makes its way to the president’s desk. In the midst of this legislative dance one thing is certain—until affirmative action is taken by Congress the three FISA authorities remain expired.

Any immediate consequences to intelligence collection resulting from this dysfunction in the handling of the nation’s most important foreign intelligence collection law are unknown. We can only hope that a FISA roving surveillance of a lone wolf terrorist suspect will not require renewal during the time that Congress and the president leave these FISA authorities in limbo. While it is certainly understandable that the federal government’s attention is directed elsewhere in the face of a global pandemic, the congressional penchant for delaying action on controversial legislation is symptomatic of a government that cannot take care of important business in anything approaching a timely and responsible way. Congress passed the first extension of the sunset date for the three now-expired FISA authorities in November 2019, moving the then-December 15, 2019, expiration to the March 15, 2020, date that now resides in Congress’s rearview mirror. At some point, there is bound to be a terrible cost for continued congressional inaction.

The initial inclusion of the “lone wolf” provision in FISA as part of the Intelligence Reform and Terrorist Prevention Act of 2004 represented a recognition that FISA’s then-existing requirement that a terrorist be specifically linked to a group engaged in international terrorism for consideration as an “agent of a foreign power” hindered the efforts of the Intelligence Community (most particularly, the FBI) to combat those terrorists who have been individually radicalized online and cannot be linked to a particular foreign group in the highly fragmented arena of international terrorism. The “lone wolf” provision expanded the definition of “agent of a foreign power” to permit FISA surveillance authority to be directed against a non-U.S. person engaged in terrorist activities whether or not such person can be tied to a specific group engaged in international terrorism.

Collectively, the lone wolf and roving wiretap provisions represent important tools employed to protect against terrorist activities by those who have become radicalized online and whose terrorist activities cannot be linked to a specific international terrorist group. The increased dangers to U.S. homeland security posed by such individual, self-radicalized terrorists are well-documented. As it stands today, the two principal provisions of FISA used to obtain surveillance authority against this particular terrorist danger have expired. Thus, if there is a self-radicalized terrorist who is developing plans to execute an attack to capitalize on the national tumult and panic engendered by the current COVID-19 pandemic, the principal FISA authorities used to investigate and thwart such attacks, i.e., the lone wolf and roving wiretap authorities, have now expired without any clear consensus on when Congress will return to consider restoring those authorities to the FISA surveillance arsenal. Given the potential intelligence gap caused by the lapse of these authorities, Congress should not wait to enact FISA reform.

George W. Croner  is a senior fellow at the Foreign Policy Research Institute (FPRI) in the Program on National Security and was the principal litigation counsel in the Office of General Counsel at the National Security Agency (NSA). He is of counsel at the Philadelphia law firm Kohn, Swift & Graf, P.C. @GeorgeCroner

Mr. Croner is the author of The “Reforming” Begins: An Analysis of Whether the Safeguarding Americans’ Private Records Act of 2020 Improves FISA,” a CERL report released on March 11, 2020.