Skip to main content area Skip to institutional navigation Skip to search
« Back to The RuleOfLaw Post
Guantanamo Bay, interrogation and torture, • March 16, 2020

Latest Guantánamo hearings leave me with more questions than answers 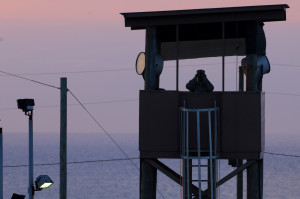 I traveled to Guantánamo a few weeks ago to hear the testimony of Dr. James E. Mitchell, one of the psychologists and architects of the program of enhanced interrogation, or torture. Since 2008, I have cumulatively spent a year in Guantánamo evaluating detainees and advising attorneys on cases. All this time, I have been a reluctant participant. As a retired Army officer who believes strongly in national security, it has not been easy for me to watch the United States security apparatus make the mistakes it has when interrogating subjects detained during the war on terror. I remain engaged because I cannot walk away from my professional and ethical principles.

My involvement started 15 years ago with the disclosures and publicity about our country’s treatment of prisoners at Abu Ghraib and other locations. At that time, the White House was vetting my nomination to a political appointment in the Department of Defense (DoD) and asked me questions concerning DoD policies on the treatment of prisoners. I unequivocally advised that military medics would not participate in any abusive or harmful conduct, and I then went on to write about the role of medical personnel in the care and treatment of detainees (“From the Medics, Unhealthy Silence,” The Washington Post, February 6, 2005). This is where my nomination experience ended. Attending the recent hearings became vitally important to me. I wanted to get the first-hand information I lacked when forming my impressions and judgments over the years.

I was stunned to hear Mitchell’s admissions, contradictions, and pathos. He was unapologetic and emphatically declared that he “would do it again”—that is, to inflict waterboarding, walling, and a host of other cruel and harmful tactics on the detainees in defense of the country.

Mitchell opened his testimony by asserting that his actions in support of the agency that gave him the contract, the CIA, worked to defend the country against future attacks. He asserted that he was following orders from headquarters and was not the grand wizard behind the program. The CIA and senior U.S. government leadership feared another serious attack. Mitchell claimed that there was good reason to suspect that Al Qaeda had nuclear capabilities and was planning to detonate a weapon inside the United States. U.S. leadership felt sure that Khalid Sheik Mohammed and his fellow defendants knew the details of plans for many other future attacks. The American public now knows that there were no nuclear weapons and little, if any, evidence of another impending attack like 9/11.

Mitchell and his business partner, Jessen, had no experience as professional interrogators. At the time of the 9/11 attacks, they were psychologists assigned to a DoD program to train service members to resist torture if captured. This training program is known by the acronym SERE, which stands for Survival, Evasion, Resistance, and Escape. Mark Fallon, a senior career official with Naval Criminal Investigative Service (NCIS), elegantly explains in his book Unjustifiable Means that Mitchell and his colleagues sidestepped and ignored longstanding scholarship and documentation on conducting effective interrogations. They had no experience, and their ideas should not have been viewed as credible.

Fallon also disclosed in his book that longtime psychologists on staff at the CIA were sidelined in favor of outsourcing the torture to Mitchell and other contractors. That anyone listened to Mitchell and Jessen is a failure of the senior leadership running the operations. No one has held the CIA or any senior U.S. government officials accountable for their errant and misguided decisions and actions.

The program of enhanced interrogation relied on the complicity of physicians. Mitchell testified that a board-certified physician was in the room when he was waterboarding the detainees. He and other interrogators justified their actions by declaring that the physicians’ role had been to “carefully monitor” the waterboarding and keep the subjects “safe.” To put it bluntly, physicians were recruited to participate and to normalize the narrative that enhanced techniques were not torture because the perpetrators took measures to ensure the safety of the detainees. Mitchell made it clear that physicians were present to revive the men subjected to these life-threatening acts. The physicians did not object to inflicting the injuries of waterboarding, walling, sleep deprivation, painful shackling, and the other tactics. They colluded with interrogators and did not prevent or protect the subjects. Their presence violated the fundamental principle of medical ethics—”first, do no harm.”

Mitchell testified to other absurdities. He gave a rehearsed explanation on “learned helplessness” and failed to justify its application to interrogations. “Learned helplessness” is a phenomenon identified by Martin Seligman, Ph.D., based on studies of dogs subjected to electric shocks. Seligman induced a profound state of resignation and apathy by delivering the shocks in a way that the dogs could never escape. Applying the concept of “learned helplessness” to enhanced interrogations is bad science. Inducing a state of resignation and apathy does not in any way lead the subject to disclose useful intelligence. On the contrary, years of research on states of mind induced by stress, drugs, or other conditions has revealed that the subjects become profoundly depressed and learn to say whatever they think is expected of them. This tragic flaw in the program’s design should have been obvious to physicians. As an interesting aside, based upon his research Dr. Seligman marketed a program to the Army in 2010 for tens of millions of dollars. The purpose of the program was to train soldiers on “resilience” to protect them from PTSD and suicide.

During the hearings at Guantánamo, Mitchell also talked about the the concept of “moral disengagement” as developed by Albert Bandura, Ph.D. Mitchell accused the 9/11 defendants of reprehensible behavior and opined that they demonstrated critical elements of moral justification, euphemistic labeling, displacement of responsibility, and dehumanization. Did Mitchell not look into the mirror? That is exactly how the torturers justified their tactics. Torture is reprehensible and dehumanizing. “Radical jihadist” is a euphemistic label. Mitchell and his colleagues indulged in the very same psychological maneuvers to justify their enhanced interrogation practices. Mitchell did not see the irony, boldly asserting that good, loyal Americans had to go to the dark side to protect the country. He even teared up in sharing with the court the burden he and his colleagues endured.

Authorizing enhanced interrogation techniques pushed the country down a slippery slope. It eroded the rule of law and undermined democracy. My chapter with CERL founder Claire Finkelstein in the recent volume Interrogation and Torture: Integrating Efficacy with Law and Morality (Oxford University Press 2020) elaborates on the implications. It is well documented that senior U.S. government leaders made crucial mistakes in preventing the attacks of 9/11. In this light, the torture program looks like vengeance. Leaders exploited the fear and shame that spread across the country in the wake of the deaths of 3,000 innocent Americans. They flexed muscles and shouted rhetoric about “holding the bad guys accountable.” But quite the opposite has happened. The trial for the mastermind of 9/11 and his co-defendants is not scheduled to begin until 2021, nearly 20 years after the attacks.

The recent hearings at Guantánamo brought to light even more damage caused by the interrogation techniques that amounted to torture, namely, the possibility that key statements made by the detainees will never be able to be used during their trials. It is ironic that in its war on terror, the U.S. government used techniques that might prevent the families of the victims, and all Americans, from witnessing justice. In the end, it appears that our own “moral disengagement” may prevent us from utilizing the key accountability mechanism of a system dedicated to the rule of law—the courts.

Stephen Xenakis, M.D., Brigadier General (Ret.), U.S. Army, is a member of CERL’s Executive Board and an anti-torture advisor for Physicians for Human Rights.