The last two decades have witnessed a significant rise in the number of women in leadership positions in business and law, but, the gender gap in leadership remains pervasive across the spectrum of law and business. Despite progress, the empirical facts of the female leadership landscape reveal exactly where the gaps are and where more attention must be paid to close leadership gaps in the workplace.

Though women constitute a third of MBA graduates, they make up only 4% of Fortune 500 CEOs and 17% of senior managers in the largest firms. In law, while women comprise more than a third of all lawyers, they represent just 18% of law firm equity partners and 21% of general counsel of Fortune 500 corporations. Women hold just 19% of the seats on Fortune 500 boards. As Stanford Law professor Deborah L. Rhode argues in Women and Leadership, “At the current rate of change, it would take almost seventy years before women’s representation on corporate boards reached parity with that of men.”

At Penn Law, under the leadership of Associate Dean Rangita de Silva de Alwis, we have taken up the mantle of identifying the barriers, boundaries, and biases that women face in the legal and business worlds. Our work was inspired in large part by Lubna Olayan, to whom we presented our seminal report on a diversity index to measure the progress of Saudi women in the workplace. Ms. Olayan charged us, “Ask yourself, what more can we do? Learn from others who have been successful.” 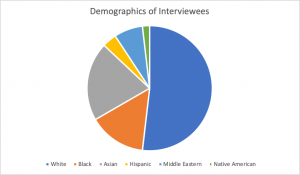 Over the course of four months, 45 members of the “Women, Law and Leadership” class interviewed 56 women between the ages of 25 and 85, all leaders in their respective fields. We asked each woman about her leadership philosophy and vision of the future, among other probing questions. Nearly half of the women (27) interviewed were women of color, and 11 lived and worked in countries other than the U.S., spanning Europe, Africa, the Middle East, and Southeast Asia. See complete interviews and website here.

The results of our study were revealing in terms of the differing experiences and advice offered by women of different generations, political eras, racial backgrounds, marital status, and country of birth. Pending the publication of a longer study on our research, we will offer a few vignettes, which speak to the rich array of responses we received from our interviewees.

Ninety-six percent of women interviewed mentioned the importance of mentors in their professional growth. Silda Spitzer, founder of a woman-led private equity firm and former First Lady of New York, told us that she sought guidance at times from Libby Pataki, her predecessor and wife of former Governor George Pataki.

“You are never too old to have a mentor,” Spitzer explained. “It is helpful to have someone in your corner who functions in the same environment.”

Natalie Jabangwe, CEO of the second largest FinTech company in Africa, relayed to us the inspiration she drew from role models whose stories spoke to her.

“One of the chief challenges I’ve faced has been prejudice,” Jabangwe explained. “But I’ve seen a few examples in my life of people who have been able to rise above any form of prejudice. I have watched people likeUrsula Burns who was the first Chairman and CEO of Xerox.Ursula Burns grew up in the Bronx, and she was raised by a single mother and ultimately became the first black CEO and Chairman. Her story inspired me to believe that there are no challenges that are so great that we cannot rise above them.”

Sixty-two percent of the women interviewed explained that having a male ally was key to their success. Megha Parekh, the youngest and only woman of color general counsel in the National Football Team (NFL), explained that she was able to seek help from powerful men in the NFL by trying to understand where they were coming from.

Speaking about her relationship with former New York Giants coach and current NFL executive, Tom Coughlin, Parekh explained, “At first I was worried that he might not use me the same way or address me the same way as my male predecessor. It took me a lot of time to ask questions and learn about him and his interests before then asserting my opinions into whatever challenges we were facing or working on together.”

Coughlin has since become a fierce advocate for Parekh, ensuring that her voice is made heard on matters of business, law, social media, and team branding.

Sandie Okoro, General Counsel of the World Bank, explained that one of her most prominent male allies sent her a copy of Sheryl Sandberg’s Lean In as a subtle nudge to insert herself into more conversations and ask for more demanding assignments. 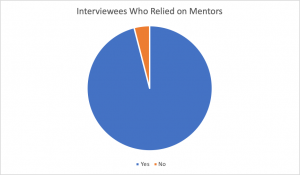 “He always told me the job I was doing was too small for me, and I should think bigger. He thought I wasn’t leaning in enough,” Okoro explained. “When I got the job at the World Bank later, he flew me up to Boston, where we had worked together, because he wanted to celebrate my success. He was so pleased with me and had been pushing me to be my very best for years.”

The experiences of these trailblazing women provide a fascinating lens into the challenges faced by women in the workplace as well as the techniques utilized by successful women to overcome these barriers. Our study can direct initiatives within law firms and businesses that work to level the playing field, and they can engender policy that better understands the childcare responsibilities many women face.

As one of our interviewees, Fatima Al Qubaisi, the first Emirati woman to attend Harvard Law explained, “You must realize that you are not in this alone, so whenever you are dealing with an issue, know that someone before you has dealt with it, and someone after you will deal with it. Calling upon your network of trusted women will increase your hope that change can be made.”