By: Ryan Plesh L’20, co-Editor of the Global Affairs Blog 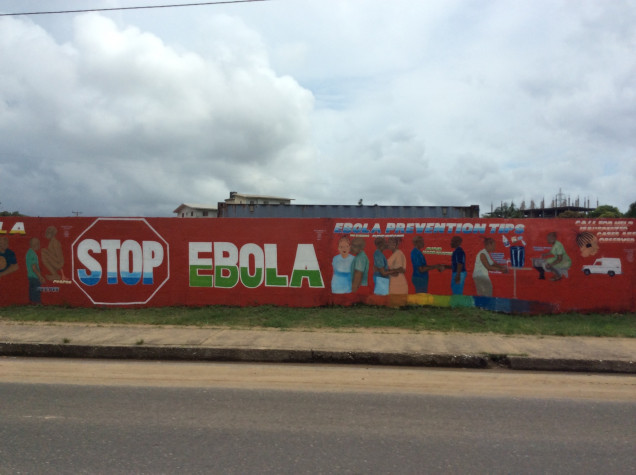 Ebola. It’s perhaps appropriate that the name itself is a French bastardization of an indigenous name for a river in the Congo. As the Democratic Republic of the Congo, one of the most fragile states in the world, struggles to find its footing amid a contested presidential election and various rebellions, the nation is also facing the newest instantiation of Ebola outbreak. The ongoing outbreak, first identified in August 2018, is now the deadliest since the outbreak of 2014-16, which began in Guinea in 2013, directly caused more than 10,000 deaths and indirectly caused many thousands more.

The Democratic Republic of the Congo ranks 176th out of 189 countries in the United Nations Development Programme’s 2018 Human Development Reports. With the third highest fertility rate in the world, the population of the DRC is expected to balloon to 194 million – enough to move it into the top 10 globally, by 2050. History’s second-largest Ebola outbreak is still smoldering in the DRC, and thus far the outbreak is garnering little international attention. The ongoing civil unrest and violence happening in pockets throughout the country is, similarly, of little interest to international news outlets and is taken as a sort of scène à faire by the international community.

Acts of God which even the best-prepared nations cannot handle, such as the 1918 Influenza Pandemic, may occur from time to time. Ebola is not that. When the 2014-16 outbreak spread to the United States and Nigeria, the virus was quickly contained with relatively minimal deaths. What untold viruses or other pathogens may lurk in the more remote corners of the world, and how they may mutate to infect more humans or to hike mortality rates, is a story for science to tell. What is certain is that epidemics like this will continue to ravage the poorest nations and will continually impose a risk to interdependent, albeit distant nations, which are bound to accept people and goods from the affected nations.

It is not mere coincidence that the ongoing outbreak and the West African Epidemic are in places that not only lack healthcare infrastructure but also lack a strong rule of law to serve as a foundation for organizing an effective response. Both the DRC and Guinea rank relatively poorly on the democracy index, and these indices still do not portray the finer details. Guéckédou, the Guinean town near which the epidemic began, is situated near the border with Sierra Leone and Liberia in what has been described as a “shatter zone,” i.e. a region that has suffered conflict, where the rule of law is weak, and where projections of power exist only over discrete, insular communities.

It has been observed that appropriately caring for an Ebola patient is an extremely expensive endeavor, peaking at $1,000 per hour or more. This figure is only a little less than the GDP per capita of Guinea and many of the other nations vulnerable to rare tropical disease epidemics. Everyone has a right to health—it is a human right enshrined in the 1966 International Covenant on Economic, Social and Cultural Rights—and every person infected with Ebola deserves to have been flown in expensive jets to multimillion-dollar healthcare facilities. Yet, ironically, this right would be even more than a standard luxury and necessitates a hugely supererogatory effort on the part of developed nations or the eradication of poverty entirely, neither of which is forthcoming. However, there is a distinction between a right and an achievement, and breaking the chain of transmission does not depend on such grandiose triumphs, and that is how epidemics are terminated.

With strategic deployments to the world’s shatter zones, the appropriate funds, personnel, equipment, and cultural savoir-faire, the global community could be effective in stopping epidemics before they reach thousands or even hundreds of would-be patients, would-be deaths. This can be achieved, moreover, where local and national governments are working in concert, and where international actors contribute what they can.

C’est la vie. C’est la vie au village. That’s life in the village. This phrase, so neat and perfunctory, is used to express so many different realities in Guinea. When my friend Malal said this to me in response to my telling him about the death of a baby in his home village, it struck me hard. Here this man’s brilliant eyes betrayed such intelligence and depth, and he was reduced to just a few words of dubious consolation regarding the death of his grand-niece.

What is most troubling about epidemics such as Ebola is not the immediate effects felt by the infected communities, though they are horrible. It is also not the long-term, secondary effects, the loss in education, productivity, investment, etc. felt by countries at the epicenter. The most troubling part of it all is that infections like Ebola do not even begin to scratch the surface of the most potent causes of preventable deaths in countries such as Guinea, Sierra Leone, and Liberia. Conditions like diarrhea, which register as the second leading cause of death in low-income countries, and could be overcome with the mere distribution of soap and clean water, are far more dangerous. Malaria and tuberculosis, both virtually unheard of in the developed world, also register in the top 10 leading causes of death in low-income nations. The solutions to these problems are not easy, but they are definite. Poverty kills innocent people every day, and that we pay attention to it only when ethereal and exotic illnesses such as Ebola are poised to threaten our societies, speaks to the disarray of our priorities.

Malal passed away in the fall of 2017. He was just 60 years old, and he caught a respiratory infection. That’s not life; it’s death. It doesn’t have to be this way. We cannot lapse into letting the perfect be the enemy of the good. There are creative solutions to problems like this – even if they are only partial solutions. For example, permitting less developed nations such as India to copy expensive pharmaceuticals and sell them at a fraction of the cost made life-saving drugs more available for a huge number of people for a decade. It was a less-than-ideal but good-enough culmination of factors that created this groundswell of momentum, and the benefits are being experienced on both the supply and demand side of the curve. The particulars will be different next time, but there is no reason to doubt that successes like this can be replicated or even improved upon.

As of this writing, the Ebola epidemic in the DRC is accelerating. It is beginning to see transmission rates unseen since about June 2014, just a few months before the outbreak began to spiral out of control. It is already too late for many, and even if the epidemic were to end tomorrow, the damaging effects to the DRC’s wobbly healthcare system will reverberate for a long time. This Ebola outbreak will not spread to the United States, and if it does, it will be contained very quickly. That is a wonderful thing. How willing are we to share it?