Skip to main content area Skip to institutional navigation Skip to search
« Back to The RuleOfLaw Post
outer space • April 02, 2019

India just launched an anti-satellite weapon and the U.S. is unlikely to do anything about it 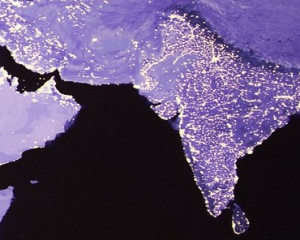 Last Wednesday 27 March, India announced that it successfully tested an anti-satellite weapon (ASAT), destroying one of its own satellites with a missile, and that it has thereby joined the elite club of China, Russia, and the United States which  have demonstrated this capability over recent decades. This is concerning for many reasons: not because we would consider India to pose a direct threat to satellites being used by the United States and its allies, but because the test represents an explicit arms race in space, which creates enormous risks for all of us.

There is so much activity in outer space today that we have a problem of space traffic management. Remember the film “Gravity”? For all its Hollywood flaws, it highlights the actual problem of space debris. The International Space Station has had to undertake manoeuvres many times to avoid colliding with space debris which orbits at 7 km per second, a velocity that renders something as small as a paint fleck into a flying bullet. Indeed, it has suffered serious damage at least once from a piece of debris no larger than a few centimetres.

If our satellites are impacted by space debris, or deliberately targeted by a cyber attack or a kinetic weapon like India and others have demonstrated, so much of our 21st century existence would be affected. Think of losing GPS and thereby losing all shipping, road, and air traffic navigation, and having to ground all commercial flights for a day or more. Think of losing telecommunications or critical medical data or of closing the international financial market even temporarily. Think of the military losing its ability to navigate, communicate, or know where their own troops are in remote areas—let alone those of an enemy.

India has claimed that the satellite was destroyed at a low enough altitude that any debris created will burn up upon re-entry into the Earth’s atmosphere. But there is no way to control space debris, and as has happened with Chinese and U.S. anti-satellite tests in the past, some of it may be sent up into higher orbits, creating a serious hazard for commercial and government satellites servicing nearly every country in the world. In 2008, under the name “Project Burnt Frost,” the United States destroyed a military satellite that was de-orbiting by launching a missile from a sea-based missile cruiser, and although most of the debris burnt up on re-entry soon afterwards, some of it was projected upwards and remained in orbit for some time.

On the day of the test, Lieutenant General David Thompson, Vice Commander of Air Force Space Command, testified in front of the Senate Armed Services Committee that they had detected the launch and immediately started providing information to satellite operators, indicating there may be a risk of collision. (Last year, General Thompson was part of a keynote address hosted by the Center for Ethics and the Rule of Law (CERL) where exactly these kinds of issues were discussed.) NASA Administrator James Bridenstine stated that destroying a satellite intentionally and creating debris is “wrong,” and the U.S. State Department issued a statement of concern regarding the creation of space debris. Both statements failed to acknowledge that the United States has done this in the past, with Burnt Frost in 2008 and with another test in 1985.

So why will we not hear anything significant from the U.S. government in response? When China infamously destroyed a defunct Fengyun satellite in 2007, which created the largest known amount of debris from a single incident to date, the international silence was deafening. The point was that Russia, the United States, and others wanted to keep open the possibility of undertaking similar tests themselves. If the United States condemned the Chinese test in 2007 or India’s test last week, it would corner itself in terms of what kinds of activities it may be able to undertake in the future. But the risks posed by an arms race in space means that this silence must no longer remain the status quo.

India has claimed that nothing about this test is in breach of international law. Article IV of the 1967 Outer Space Treaty only prohibits the placement of nuclear weapons and other weapons of mass destruction in orbit around the Earth; it says nothing about the use of more “conventional” weapons. However, if the creation of debris is foreseeable, there is an obligation under Article IX of the Outer Space Treaty to seek international consensus before conducting an activity that would cause “potentially harmful interference with the activities of other States.” And Article III proclaims that all activities in outer space must be conducted in accordance with international law, so there may be some rules of international environmental rule that prohibit space debris-creating activities as well.

But even if it is not clearly illegal, it is certainly clearly irresponsible. UNIDIR tweeted after India’s test that “testing anti-satellite weapons in space can create damaging debris –guidelines on testing these systems can prevent collateral damage and the escalation of tensions in outer space.” There is a slow push internationally to develop more norms, binding or not, to reign in such irresponsible behaviour. What might these guidelines be? Last week the UN Group of Government Experts met in Geneva to discuss the Prevention of an Arms Race in Outer Space (PAROS). For years, the UN General Assembly has adopted an annual resolution proclaiming the need for more attention on PAROS, but because General Assembly resolutions are not binding, they have amounted to nothing more than aspirational statements. In 2011, the General Assembly called for States to undertake measures to create “Transparency and Confidence Building Measures,” and some proposals have followed from this but none have been successful to date. China and Russia have tabled various drafts of a Treaty for the Prevention of the Placement of Weapons in Outer Space, all of which have been rejected by the United States and its allies. An attempt was made in 2014 to discuss a non-binding International Code of Conduct for outer space at the UN, but many nations rejected the preceding process as being unacceptably Euro- and Western centric, and the United States also withdrew its previous support of such a document. Last week’s meeting at the UN was meant to bring discussions to a new level and to move towards a treaty; however, it appears from unofficial reports that all they decided to do was talk more next year.

More hopeful are the non-binding Draft Guidelines for the Long-term Sustainability of Outer Space that are being developed by a Working Group under the UN Committee on the Peaceful Uses of Outer Space. The process is slow because the Committee must adopt all decisions on consensus, but with 21 Guidelines already agreed upon, it is gaining traction.

Inevitably, some will say that India’s test provides support for President Trump’s new Space Force. Sadly, the rhetoric that Trump is using is escalatory, calling for U.S. dominance in space and denoting space as a warfighting domain. This is exactly the opposite of the rhetoric needed in space, as many experts will tell you. What is needed is to move away from the “do as I say, not as I do” mentality towards a more responsible leadership position in space. We need to do everything we can to ensure the long-term sustainability of an environment we have become so dependent upon and will only use more in the future.

Those in the know agree on this, as was demonstrated last year at CERL’s Expert Roundtable on the Weaponization of Outer Space. An edited volume containing papers by attendees of the Roundtable, all with high level expertise and original insights into these issues, is currently in the works and will be published by Oxford University Press. Watch this space!