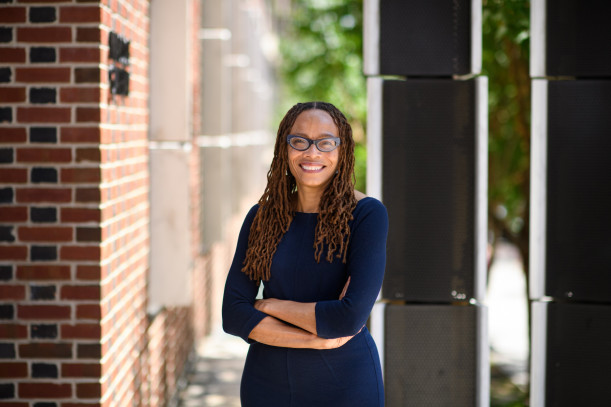 Twenty-two years ago Killing the Black Body: Race, Reproduction, and the Meaning of Liberty changed the national conversation on race, gender and reproductive justice. Two decades later, it remains more critical than ever before–a rallying cry around the world, for education, awareness, and action. Its vision for reproductive justice for all women engages in the global conversations on Female Genital Mutilation, virginity testing, forced pregnancy, forced sterilization and asks questions on how women’s ability to control their bodies is constantly challenged by politics, economics, race, cultural traditions and injustice.

A whole generation of feminist scholars and practitioners are trained on Dorothy Robert’s groundbreaking scholarship. In marking International Women’s Day, we speak to her about the way she continues to exert an influence on the study of law, gender and its intersections.

Q: In an age of renewed activism surrounding harassment, health care, prisons, women’s rights, and the power of the state, you have brought to the surface a forgotten chapter of our nation’s history. Can you tell us something about your latest work?

A: In retrospect, I see all my work over the last thirty years as challenging biological explanations for gender, race, and class inequalities that make these inequalities seem natural rather than the result of unjust power arrangements. Biological explanations tend to find innate flaws in the very people who are the most marginalized in society and lead to fixing them instead of fixing the structural flaws in our society. I have especially focused on how politically-invented racial schemes intersect with gender and class hierarchies across multiple social institutions to exclude people from full participation in democratic society. In my first book, Killing the Black Body, on the longstanding devaluation of black women’s childbearing, my exploration of the role biological concepts of race and reproduction have played in the denial of black women’s reproductive freedom set the foundation for my later work.
In 2006, I began a new research project on the resurgence of biological concepts of race in genomic science, medicine, and biotechnologies. My latest book, Fatal Invention: How Science, Politics, and Big Business Re-create Race in the Twenty-first Century, explains the emergence of a new biopolitics in the United States that relies on re-inventing race in biological terms using cutting-edge genomic science and biotechnologies. The genetic understanding of race calls for technological responses to racial disparities while masking the continuing impact of racism in a supposedly post-racial society. When I came to Penn, I launched the Penn Program on Race, Science, and Society, an interdisciplinary initiative dedicated to developing transformative approaches to the role of race in scientific research and its implications for society.
When Vintage Press published a twentieth-anniversary edition of Killing the Black Body in 2017, it gave me an opportunity to write a new preface, based on my reflections on developments in reproductive justice and in my own thinking over the last two decades. I realized that all the devaluing ideologies, laws, and policies I wrote about still persisted and, in some cases, had expanded to deny reproductive justice to even more people and communities. While I had focused on how a sustained assault on black women’s childbearing has shaped reproductive rights and health policy in America, I began to focus more on how this assault is critical to the entire U.S. political order. Some of my more recent work has examined how the contemporary intersection of welfare, prison, and foster care systems in black mothers’ lives works to support the white supremacist, patriarchal, and capitalist regime. Blaming black mothers involved in these systems for structural inequities helps to obscure the need for social change.  Over the last two decades, a growing reproductive justice movement, led by women of color, has provided an exciting new framework, centered on social justice rather than individual choice, for envisioning and advocating for true freedom.

Q: In this time of public reckoning about sexual assault and harassment, your work is a powerful historical reminder of the state’s role in subordinating black women. How does this moment in time interact with your work?

A: In Killing the Black Body, I argued that the mainstream women’s and reproductive rights movements in the United States had largely ignored the role of racism not only in the regulation of black women’s childbearing but also in the limits on reproductive freedom for everyone. That book centered on reproductive issues, but its main claim was that policing black women’s bodies has been crucial to maintaining systems of race and gender inequality. I pointed to a long history of disparaging stereotypes, originating in slavery, that portray black women as bad mothers because they are innately sexually licentious and naturally pass down deviance to their children. The Jezebel could not be raped because she was always promiscuous. The Welfare Queen had children just to get a welfare check. The pregnant crack addict traded sex for drugs, which deprived her of any maternal instinct. All of these atrocious stereotypes about black women that have legitimized denying their reproductive freedom have also made them more vulnerable to sexual harassment and assault without legal recourse. At the same time, as with the reproductive justice movement, black women have been at the forefront of feminist theorizing and activism challenging sexual harassment and assault.

Q: Your work contributes to the ongoing national conversation on law, order, punishment, race and gender. Your next work is deeply personal, political and powerful. Please give us a prelude to the work.

A: I’m currently exploring how big data, automated decision making, and predictive analytics are used by government agencies to support carceral approaches, across multiple systems like prisons, foster care, welfare, health care, and education, by building structural inequalities into their databases and algorithms. In this way, digitized risk assessments inevitably collapse the future in past injustices and their predictions foreclose the possibility of social change. I argue for an abolitionist approach that uses technology to envision a more humane future that doesn’t replicate the past. Another project seeks to advance my prior work criticizing biosocial science for asserting biological explanations for social inequalities by developing concrete interdisciplinary strategies for a transformative biosocial science. A third project—my most personal one—is a memoir about my parents’ project researching and promoting interracial marriage in Chicago. My father started his research in 1937 as a 22-year-old graduate student interviewing black-white couples in Chicago, and my mother joined him as his research assistant in the 1950s. Through writing this book, I’m deeply examining the relationship between racism and intimacy and what it will take to build a society where we can truly engage with each other as equal human beings.

Dorothy E. Roberts is a Penn Integrates Knowledge Scholar, George A. Weiss University Professor, and the inaugural Raymond Pace and Sadie Tanner Mossell Alexander Professor of Civil Rights at University of Pennsylvania. She writes and lectures on gender, race, and class in legal issues. Her concerns include changing thinking and policy on reproductive health, child welfare, and bioethics.