A Snapshot of Sovereignty 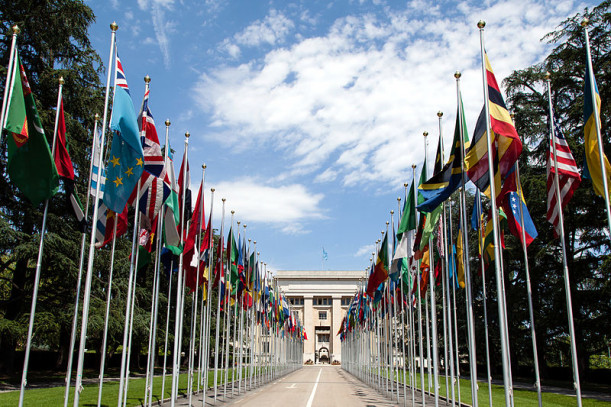 In 1900, Lord Kelvin declared to a conference of physicists, “There is nothing new to be discovered in physics now. All that remains is more and more precise measurement.” Just five years later, a young Swiss physicist published the reports known as the Annus mirabilis papers, which included the first mathematical description of quantum mechanics, along with the infamous mass-energy equation: E=mc2. International law has yet to have its miracle year, but if 2016 was any indication, sovereignty has become and will remain relevant again after years of scholarship proclaiming its demise.

For those who feel connected with the project of building a global community, the last two and a half years have been a confusing time. The European Union, once poised to be the venture that could end national sovereignty as known, is on the defensive again. With the United Kingdom being the first major European power to prospectively withdraw from the EU, its potential for expansion is waning and its potency and very existence may be in question.

After centuries of bloody struggle, the inevitability of the unification of Europe seemed complete. Theresa May’s government, reaffirmed by the snap general election in June 2017, had other plans, and it’s not only her government. Turkey, once considered a candidate to join the European Union, has lapsed into autocracy and is further alienating itself from its NATO allies. The United States is eliminating free trade agreements and instituting protectionist trade policies. Many of the world’s major powers, in short, are looking inward.

It’s tough to square this newfound fervor for self-determination, national sovereignty, and even isolationism with the reality that, since the turn of the century, only two non-former Soviet Union republics have gained full national sovereignty: South Sudan and East Timor. Is this merely a matter of hypocrisy? The international system of sovereignty has always been hypocritical, but how and why do some nations get at least the veneer of realized self-determination, while others do not? The number of stateless nations in the world makes it far too impractical to list them all, but just to name a few: the Kurds, Biafra, Puerto Rico. None of these entities is getting any closer to being sovereign, and most such nations across the globe are moving further from it.

To unpack all of this, we need to know what it means for a state to be sovereign. Stephen Krasner outlines four kinds of sovereignty in his seminal work, Organized Hypocrisy: 1) Westphalian sovereignty, 2) interdependent sovereignty, 3) domestic sovereignty, and 4) international legal sovereignty. For international legal sovereignty, the one we’re most concerned with here, there are basically two ways for a nation to be sovereign. One is to be formally recognized by the United Nations. The other is to essentially be recognized as a nation by enough other, established nations that, even in the absence of formal UN recognition, you can effectively function as a state. As the case of Palestine illustrates, numbers alone aren’t enough: a nation must be recognized (i.e. its status as a nation must not be vetoed) by each of the six UNSC members, and in practice, if that happens, virtually every other nation will recognize the entity as a sovereign equal. Another useful illustration is the case of Taiwan, which, for many purposes exists and functions as a sovereign nation, albeit without formal status from the UN.

Merely wanting to be separate is not enough. Suffering a genocide is not enough. Having a viable domestic infrastructure is not enough. It’s unclear which other avenues may be able to lead a state to national sovereignty, but what sufficed for South Sudan was essentially voluntarism: both Sudan and South Sudan wanted it. That’s true almost nowhere else; the tendency of every nation is to cling to its territory as its very life depends on it. The unique conditions in Sudan and South Sudan were such that the territory was ripe for an agreement to divide the nation in two, especially in the broader geopolitical context of a post-9/11 world. That world-order-reshaping backdrop, combined with the genocide in Darfur and the not-too-distant memory of the Rwandan genocide, created an unavoidable human rights situation.

What happens next depends in part on what happens to South Sudan. Civil war rages there, and the nation appears at or near the bottom of virtually every UN Development Index list.

Self-determination itself is taken seriously to varying extents as a way to rationalize the birth or non-existence of potential states, but what are the common threads between persons which make a people deserving of and able to be its own state? The ICJ, in the Secession of Quebec, noted that peoples are a group, the definition of which is uncertain. Peoples are generally taken to have some ethnic, religious, or cultural elements in common, but to what extent will those remain relevant? In a world where linguistic and other cultural barriers are sometimes rapidly disintegrating, might the lines of demarcation be reorienting around more strictly ethnic or religious lines? Culture and trade have been interwoven for as long as they’ve each existed, but in a more homogenized world, it looks possible that economic concerns may play a greater role in binding together the fates of persons. This is, on some level, a consequence of the transcendence of borders, but it is also a reflection of new technologies which are quickly rendering the old traditional boundaries between peoples obsolete.

For the current moment, it looks as though the battle for the EU will continue for years or even decades, and in the absence of a cataclysmic event of some sort, it’s likely that the status quo of sovereignty will remain in place across most of the world. It’s clear, nonetheless, that phenomena threatening to reshuffle the global order, from the riots of the gilets jaunes to the advent of cryptocurrencies, will have an impact on how and why some peoples self-determine successfully and others do not. Whether these trends can coexist with postmodern philosophies regarding the constitution of a people and the institutions which have protected the sovereign nation-state system remains to be seen.