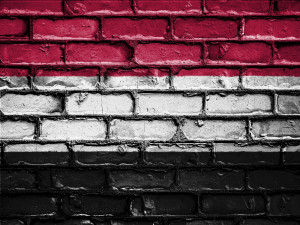 Congress should use the full weight of its appropriations powers to defund American military operations that support the Saudi-led campaign in Yemen.  As recent reporting has made clear, the campaign against Yemen’s Houthi insurgents has resulted in an appalling number of civilian casualties and famine-like conditions.  The United States is complicit in this humanitarian crisis.

The previous Congress was active on the Yemen front, passing two bills in the Senate and circulating several bills in the House. These bills constitute a rebuke of an unpopular war, but they failed to become law. Change in policy will not come without stronger congressional action that withdraws U.S. financial support for the Saudi-led coalition as a way of curbing any further war-related executive overreach. This is a critical moment for Congress to reassert its control over the war-making function and to restrain a Commander-in-Chief who continues to support undemocratic regimes around the world.

President Trump, like his predecessors, will likely succeed in evading legislation that invokes the 1973 War Powers Act (WPA) like S.J.Res.54, which passed the Senate in December 2018, and which marks the first time Congress relied upon the WPA to end military activity that it did not authorize. The joint resolution, in relevant part, calls for the removal of U.S. Armed Forces from Yemen, except for those fighting al-Qaeda, within 30 days of the adoption of the resolution. However, three administration documents demonstrate President Trump’s efforts to remove the U.S. military’s actions from the ambit of S.J.Res.54 and the WPA, thereby marginalizing any role for Congress. Trump has also threatened to veto S.J.Res.54, making its passage into law more of a challenge.

Presidents and their legal teams have been able to sidestep the WPA – from actions in Lebanon to Kosovo to Libya – effectuated through an interpretation of the WPA’s reference to the term “hostilities.” This term is undefined in the WPA yet is vital to its implementation. Only if the U.S. military is introduced into hostilities or into situations in which hostilities are imminent can Congress assert its war powers pursuant to the WPA. The Trump administration, as other administrations have done, adopts a particularly narrow interpretation of the notion of “hostilities.” As stated in a February 27, 2018, letter from acting Department of Defense General Counsel William Castle to Senate Majority Leader Mitch McConnell, “hostilities” are defined as “a situation in which units of U.S. armed forces are actively engaged in exchanges of fire with opposing units of hostile forces.” This would exclude America’s arguably non-combat role in Yemen from the WPA. By contrast, Congress takes a more expansive view of the term “hostilities” that includes an array of circumstances in which no exchanges of fire have yet occurred.

This disagreement in interpretation is pivotal in relation to the war in Yemen. While the U.S. military no longer conducts in-flight refueling to the Saudi-led coalition, it still provides logistical support, advice on lawful targeting, and border and missile defense assistance to the Saudi-led coalition. Furthermore, U.S. arms sales contribute substantially to the Saudi-led efforts: for example, the U.S. is currently replenishing stocks of air-delivered precision-guided missiles to Saudi Arabia, missiles linked to the latter’s devastating air strikes in Yemen.

Putting S.J.Res.54 aside, President Trump may even ignore enacted Yemen-related bills by arguing that they infringe on his powers as Commander-in-Chief and his role as the government official primarily responsible for conducting foreign policy. The Trump administration has already expressed its reservations about congressional action aimed to tailor U.S. military action in Yemen. President Trump’s signing statement to the 2019 National Defense Authorization Act (NDAA), which sets restrictions on American military action in Yemen, states he will only comply where feasible and consistent with his authority as Commander-in-Chief.

There is precedent for withholding appropriations as a strategy to help end U.S. involvement in a war. During the Vietnam War, Congress used this strategy to register its increasing objections to the Nixon administration’s expansion of the war into Laos and Cambodia. Notwithstanding Nixon’s defiant claims regarding self-perceived broad powers as Commander-in-Chief, in January 1971 Congress passed the Cooper-Church Amendment, which prohibited the use of any appropriated funds to introduce ground troops into Cambodia.  In 1973, Congress went further, attaching the Case-Church Amendment to a State Department appropriations bill. These amendments, which helped hasten the U.S. withdrawal from Vietnam, illustrate that defunding military operations abroad is an effective wartime tool for Congress to place boundaries around the exercise of executive authority in war.

Where Yemen is concerned, one member of the 115th Congress did pursue a conditional defunding strategy, one that could be explored further and built upon in the current Congress. Senator Chris Murphy (D-Conn.) introduced an amendment to the FY 2019 Defense Appropriations bill that would have cut off funding for U.S. military support of the Saudi-led coalition until the Pentagon could certify that the coalition is not violating international law or U.S. policy regarding the protection of civilians. Unfortunately, the amendment never came to a vote due to Republican opposition.  However, with Republican objections to President Trump’s stance on Saudi Arabia in the wake of the murder of journalist Jamal Khashoggi, and with Democrats now in control of the House, it may be worth revisiting the Murphy amendment or other initiatives with the same aim.

Recent peace efforts in Yemen are encouraging like the UN-sponsored talks in Sweden and a possible prisoner exchange, but long-term reconciliation remains elusive. Laudable but likely symbolic resolutions like S.J.Res.54 may prove to be useful as strong political statements from Congress. Nevertheless, to maximize impact and reaffirm its war powers, as well as to reverse American complicity in a human rights catastrophe in Yemen, Congress must exercise its “power of the purse” and withhold appropriations for any military action in Yemen that is not related to defeating al-Qaeda.