U.S. pressure on Turkey: A step in the right direction 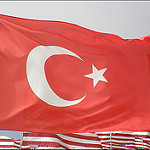 In January 2018, the Center for Ethics and the Rule of Law (CERL) published a policy paper warning of the growing rift between the United States and Turkey, which has implications for both NATO and the West. At that time, the rift could be explained by the following: Turkish President Recep Erdogan’s (1) domestic illiberalism and undemocratic policies; (2) his divergence from the United States with respect to Kurdish aspirations in Syria; (3) his military cooperation with Russia in Syria; (4) his purchase of a Russian missile defense system, the S-400 (which could lead to Russia’s obtaining sensitive data about U.S. and NATO aircraft like the F-35 fighter jet scheduled for sale to Turkey); and (5) his anger at the United States for not extraditing Fethullah Gulen, the Turkish cleric-in-exile whom Erdogan thinks is responsible for the failed coup of 2016.

Since the release of CERL’s policy paper, members of the U.S. Congress have expressed support for the recommendations in the paper; however, none of the above issues has been resolved. Instead, mutual resentment has grown, and actions were taken that have further chilled relations between the two NATO “allies.” Turkey is now building 228 more prisons as it continues to arrest those it deems complicit in the coup, including journalists, doctors, lawyers, students, and judges. These actions are particularly alarming given credible evidence of human rights violations.

The detention and criminal trial of Andrew Brunson, an American evangelical pastor, whom Erdogan thinks took part in the attempted coup, led to  American sanctions on two Turkish officials and reciprocal actions taken by Turkey. The sanctions came as stiff U.S. tariffs were also being imposed upon Turkey, tariffs that have caused severe economic turmoil. Brunson was recently released by a Turkish court and the sanctions against the two Turkish officials have since been lifted. While Brunson’s release is a positive sign, another U.S. citizen, NASA scientist Serkan Golge, as well as Metin Topuz, a Turk locally employed by the U.S. Drug Enforcement Agency, are still languishing in Turkish jail cells. Erdogan’s broadening of his presidential power is also of concern, as are his Muslim Brotherhood leanings and efforts to erode the once sacrosanct separation of church and state within modern Turkey.

It is unclear at this time whether Brunson’s release will have any effect on the broader deterioration in relations that persists between Turkey and the United States. While Turkey has been cooperative regarding the investigation into the murder of Saudi journalist and dissident Jamal Khashoggi in Istanbul, there are other outstanding issues that remain unresolved. Since the failed coup, Erdogan and Turkey’s state-run media have led an anti-U.S. campaign, which has negatively impacted Turkish society’s impression of both America and NATO. Conversely, Russian President Vladimir Putin’s successful charm offensive inside Turkey has created an atmosphere that plays to Turkey’s Eurasianist tendencies, and which could lead to a more pronounced pivot to the East. Erdogan’s belligerent rhetoric toward Israel, a strategic partner of the United States, is also a destabilizing force.

While the United States and Turkey reached an agreement (perhaps more appropriately deemed a unilateral U.S. concession) regarding the withdrawal of U.S.-backed Kurdish forces from the Syrian city of Manjib, Erdogan is working directly with Putin with respect to the fate of Idlib, the last stronghold of ISIS and other jihadi and moderate rebel factions in Syria. Erdogan has not backed away from the purchase of the Russian S-400 despite pressure from the United States, and there are no signs the United States is willing to surrender Gulen to Turkish authorities.

While reconciliation is still a possibility, it is remote for the foreseeable future. Fortunately, U.S. President Donald Trump and the U.S. Congress have woken up to the dangers posed by Erdogan’s Turkey and are taking strong measures to counter Turkish antagonism and increasing military ties with Russia. These actions are generally aligned with recommendations set out in the CERL policy paper. It is time for the United States government to take a hard and sober look at its relationship with Turkey and decide whether it is worth salvaging, and if so, whether rapprochement is feasible.

In the U.S. Congress, there are several legislative initiatives that recognize the dangers posed to both the United States and NATO given this severe deterioration in bilateral relations. The FY2019 National Defense Authorization Act requires the Trump Administration to provide a comprehensive report on: (1) U.S.-Turkey relations; (2) the potential S-400 deal and its implications for U.S./NATO activity in Turkey; (3) possible alternatives to the S-400; and (4) various scenarios for the F-35 program with or without Turkey’s participation. Other proposed legislation would condition Turkey’s acquisition of the F-35 on a cancellation of the S-400 deal, place sanctions on Turkish officials for their role in detaining U.S. citizens or employees, and oppose assistance to Turkey at international financial institutions.

Notwithstanding the crisis between Turkey and the United States, Turkey remains a crucial NATO member state. By all accounts, the Turkish Armed Forces is one of the most powerful militaries within the Alliance. Moreover, Turkey is NATO’s only Muslim-majority state, it protects NATO’s southeastern flank, and it serves as NATO’s bridge to the Middle East, sharing borders with Syria, Iraq, and Iran. As NATO Secretary General Jens Stoltenberg recently remarked, NATO relies heavily upon Turkish military infrastructure and Turkish bases in waging its campaign to defeat ISIS. Turkey hosts the headquarters for NATO land forces, and the Turkish government grants the U.S. military a standing presence on its soil. Vital parts of NATO’s early-warning missile radar system are located inside Turkey as are American tactical nuclear weapons. Therefore, while Turkey’s ouster from NATO may seem like an appealing option, such a move would come at a very heavy price in terms of NATO capabilities moving forward. In addition, removing Turkey from NATO would likely solidify Erdogan’s drift towards Russia, which could present profound new military challenges for both NATO and the United States.

There remain intersecting interests between Turkey and the United States that have potential to pave the way towards de-escalation. President Trump, who initially wanted to bring all U.S. troops home from Syria, is now espousing a Syrian policy that would have U.S. troops remain until Iranian forces depart the country. Iran and Iranian-backed forces like Hezbollah are fighting alongside Syria’s embattled President Bashar al-Assad in his quest to reestablish sovereignty over all of Syria. Turkey, through direct invasion of Syrian territory, and by support of moderate rebel Sunni groups operating inside Syria like the Free Syrian Army (FSA), is positioned squarely against this objective—at least until final status negotiations can be held. Thus, the United States and Turkey find themselves ostensibly aligned in Syria to the extent that both are pushing back on what is known as the Resistance Axis, i.e., Iran, Assad, and Hezbollah, to secure their discrete national interests. Notably, Trump recently thanked Erdogan for staving off a Syrian Arab Army (SAA) offensive in Idlib.

Though it is promising that the United States and Turkey have agreed to joint patrols of Manjib and the Turkish-controlled Euphrates Shield Zone, broader cooperation will be difficult to achieve. The United States’ only allied native ground forces in Syria are Kurdish (YPG) and Kurdish-heavy militias (SDF) anathema to Erdogan due to Kurdish grievances inside Turkey and the putative security risks posed by an autonomous Kurdish enclave on Turkey’s border. Though the United States is willing to abandon its Kurdish allies on occasion to appease Turkey, for example, in Afrin and Manjib, the newfound Iran-focused mandate for U.S. Armed Forces inside Syria may require the broader relationship to continue even though these Kurdish forces are increasingly making deals with Assad given America’s wavering support. A large number of the approximately 2,200 U.S. troops in Syria are positioned within the Kurdish region in northeast Syria.

Trump could offer to offset U.S. support for the SDF/YPG by revisiting his 2017 decision to end President Obama’s secret CIA train-and-equip program for Turkish-friendly FSA factions. Renewing support to the FSA would give the United States a second ground force in Syria, one more ideologically committed to confronting Iranian-backed forces than the Kurdish militias that have heretofore been focused on defeating ISIS. An about face in U.S. policy regarding support for rebels, however, would cause a serious rift with Russia. Also, given that the Syrian war is in its final phase, the rebels are nearly defeated, and U.S. arms could fall into the hands of jihadist groups as they did before, restoring assistance to the FSA is unlikely. Thus, while there is some U.S.-Turkish alignment in Syria, incongruities endure that render robust cooperation doubtful.

Erdogan provided the expected anti-U.S. bluster at the United Nations in September 2018, threatening action against the YPG and Gulenists abroad (including those inside the United States), and ramping up rhetoric against Israel, which is one of America’s strategic partners in the Middle East. However, his leverage, considering the effects of the trade war with the United States, is limited. Erdogan’s unease is demonstrated by his unnatural outreach to Germany, which last year he accused of using Nazi methods, and his unusually conciliatory statement made on September 26, 2018, in which he declared: “Our [U.S.-Turkish] strategic partnership, which has gone through difficulties so many times, will overcome this turbulent period.”

The U.S. should keep the diplomatic and financial pressure on Turkey. The tariffs and legislative initiatives mentioned above should remain untouched as Turkey’s continued recalcitrance with respect to Russia, the S-400, and Erdogan’s domestic authoritarianism raise serious questions about the trajectory of U.S.-Turkish and NATO-Turkish relations. No diplomatic reset should take place until America’s justified concerns are addressed, and Turkey sufficiently recalibrates its foreign policy.