Anti-Semitism is a Simple Reality, But We Can Change That 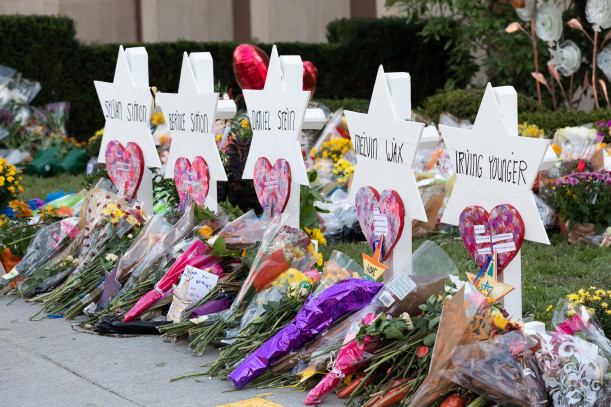 A gunman stormed a synagogue on Saturday morning, October 27th. He had a history of defaming Jews, decrying the Jewish religion and culture. To a soundtrack of bullets and cries of shock and pain, Robert Bowers proclaimed a need “to kill all the Jews” as he stormed the sanctuary during a baby boy’s circumcision.

In the aftermath of this attack, CNN reported: “Dismay, horror, and disbelief were feelings shared by many in the aftermath of the mass shooting at a synagogue in Pittsburgh.” Similar headlines blazed the front pages of international dailies, such as the New York Times, Wall Street Journal, BBC, and The Guardian.

While the international community certainly reacted to the shooting with dismay and horror, disbelief was not among the emotions that registered in the Jewish community.

Massacring eleven people in a synagogue is an egregious hate crime, but this attack did not transpire in a vacuum. The Anti-Defamation League reported this past February that anti-Semitic hate crimes had surged by 57% in the United States in 2017. And according to the FBI, religiously motivated hate crimes against Jews had increased yet again by an additional 37% this past year. The increase in hate crimes is not new; in the past two years Blacks, Muslims, and Hispanics have also experienced a surge in identity-based abuse. What is unique is the limited media coverage of anti-Semitic incidents and how the attacks are not committed by any single group – both the far-right and the left are equally complicit.

Every Shabbos as Jews in the US go to synagogue, they pass through doors flanked by armed security guards. In many synagogues, bags are rifled through before people are granted entrance. And during the High Holidays when threats are heightened, police cars are parked around our neighborhoods providing an extra layer of security.

In London, security for Jewish establishments is even more intrusive. Guards check a person’s name against a pre-generated list. Once it’s confirmed, the guards open the first door, wait until they have both securely entered the foyer, and then the guard proceeds to close the outside door so the second door can be opened, and, only then, they can enter the synagogue. In other countries around Europe, it is the same– guests can no longer enter at their leisure. For safety purposes, one must send a copy of their passport and often even references to be pre-approved before Shabbos.

These policies are in place to protect our community from actual and anticipated threats. However, when Jewish people can longer enter their own house of worship at their leisure, religious liberty becomes an absurdity. What is more jarring is that neither of us ever consider how abnormal this is; these security measures are par-for-the-course.

Yet, the reports continue to come in. A Swastika was painted on the side of a fire hydrant on the Upper West Side. A Jewish cemetery in Pennsylvania destroyed and graffitied. A Hasidic man was attacked on the street in Brooklyn. A Rabbi was accosted for being a “fake Jew” on the subway. These incidents transpired within days of the Pittsburgh shooting. Mainstream media did not print it. While other groups have received outcries of support after an act of hate, there was silence after these transgressions.

We live in an age of selective ignorance. Social media has become an echo-chamber, providing the opportunity to surround oneself with people of like-minded ideology, who can reconfirm already crystalized opinions. This builds a stigma of “them” versus “us.” yet, “them” versus “us” is also demolished by the simple truth that hate crimes are committed by every political and cultural denomination against every political and cultural denomination. This paradox is our reality because today’s political environment and our voluntary groupthink cultivated stronger ideological identities and generated a society infused with less acceptance and more hatred.

The only way to combat anti-Semitism and hatred is for there to be communal understanding that the protection of human rights is the responsibility of every citizen. In the aftermath of the Pittsburgh massacre, members of different communities came together to protect each other. Muslim Imams offered to stand guard outside of synagogues, so people would feel safe to pray. Members of the Pittsburgh Steelers adorned the Star of David on their uniform. Other less-conspicuous members of the Pittsburgh community stood together in a unified condemnation of hate, decrying the massacre not because they are Jewish, not because our Constitution codified the promise of religious freedom, but because of the simple, moral, truth that acts of hate based on identity are simply wrong.

Pittsburgh was a tragedy, but it can also be our salvation. Anti-Semitism and hate crimes will not stop because there are armed guards at the doors of our synagogues and schools. Heightened security is a band-aid, not a solution. Hate crimes end when we create an open dialogue with people who think differently than we do. It ends when we recognize that all people need to stand together to defend each other’s rights. Our strength lies in our commitment to the values of liberty and freedom, and our flexibility to meet the demands of a diverse populace.

America was founded on the principle that ‘all men are created equal.’ Since our inception, we have been a safe haven for victims of religious persecution, opening our doors to Huguenots, Roman Catholics, and Quakers among a myriad of other persecuted minorities. Achieving the promise of liberty and equality has been a journey, waxing and waning as we navigated triumphs and tribulations. Our nation’s story is not static, and as the narrative continues to unfold, we need to reclaim this promise of liberty and freedom for all. As law students, it is our responsibility.

At Penn, we have learned how the law is only as strong as its social, cultural, religious, and political contributions. This lesson is only as strong as its real-life application. Student life should be enriched by diversity, but our student body has shied away from the opportunity to present deviating opinions. We need to establish an environment that fosters and encourages us to be unique, to think differently, to engage in a dialogue with others, and most importantly, to accept that our differences are our strength. It is easy to condemn hate from the security of ivory-towers; it is harder in a world where prejudice and hate fester. Through debate, discourse, and dialogue in the safety of our academic institutions, we are arming ourselves to succeed in an intolerant world.  It is our responsibility to be better– in our relationships with different religions, different cultures, different nationalities, and even different political beliefs. If we cannot accomplish this at Penn Law, then our efforts outside Sansom street will be futile.

Change is the law of life. As open-minded, tolerant, and accepting students of the law, the responsibility is on our shoulders to prove that hope for a better future is not hearsay, but a reality.