A wounded public searches for moral leadership: Can a divided Congress produce it? 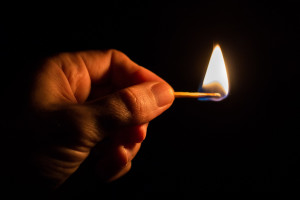 The mid-term elections provided a painful reminder that political division continues to deepen in the United States, and that perceptions of current events differ wildly, depending on whether they are viewed through a Democratic or a Republican lens. The same rhetoric, uttered to the same crowd in response to the same set of facts, will apparently galvanize one set of voters and repulse another. Opposition of Senate Democrats to Brett Kavanaugh, for example, likely inspired Republicans to turn out sufficiently to add several seats to the red side of the Senate’s ledger, while Democratic response to those hearings may have contributed to the higher turnout that turned the House blue. The dire Republican warnings about the dangers posed by illegal aliens helped to energize Republican voters at the same time that Democrats perceived it as manipulative and fear-mongering. The elections have shown us that the divisions we perceive in the American public are not illusory, and with the mid-term elections they may yet deepen further as blue states have become bluer and reds have become redder.

Tragic events leading up to the mid-terms give us a glimpse into how these divisions have been exacerbated in recent years. They remind us that divisions and hateful emotions are malleable; that people do not just believe what they believe; they often seek to be told what values to hold, what truths to accept.

The October 27 murder of congregants at a Pittsburgh synagogue shook Americans deeply. In addition to losing loved ones, they saw that divisions can be deadly, can culminate in actual violence and loss of life. To Robert Bowers, a hate-filled Anti-Semitic, the death penalty or a life sentence seemed a small price to pay for committing a mass murder that would further the deeply-held racist ideology he and his like-minded interlocutors on the extremist web site Gab shared. Convinced the country was in grave danger, he targeted the Jewish community because, in his community of angry, right-wing conspiracy theorists, Jews were destroying the United States by importing Latin American and Middle Eastern terrorists. Why did he believe that? We will never know for sure, but a possible triggering cause was his conviction that a dangerous caravan containing thousands of Latin American and Muslim criminals was making its way to the U.S.-Mexican border.

Things may get worse. The divided leadership of the new 116th Congress is both a symptom of this division and potentially a further cause. The president threatened a “warlike” posture if Democrats use their control of the House of Representatives to investigate him, and there is every reason to think Adam Schiff as the likely incoming Chair of the House Intelligence Committee will reopen the investigation that was shut down previously by its former Republican Chair Devin Nunes. Ironically, this is especially true if Trump prevails upon the Acting Attorney General, Matthew Whitaker, to limit or even put a halt to Robert Mueller’s investigation, as the Democrats will perceive themselves as having no remaining option for getting to the bottom of what happened during the 2016 election.

A divided Congress, however, provides an opportunity for change. Neither Democrats nor Republicans will be able to accomplish anything without the cooperation of the other party, and the risk of paralysis may prompt engagement that could bring compromise and ultimately collaboration.  Whatever the president’s stance towards his perceived opposition, the new Congress could engage in true moral leadership and choose to resist the politics of division, selecting instead the language of respectful difference, rational engagement, and non-partisan defense of common values.

So what will Congress choose?  Deepening divisions and paralysis, or leadership and constructive compromise and change?

Some people are completely dug in, and no amount of moral leadership will improve their reflections.  But most people are not like this. Most seek guidance on how to apply the values they hold, how to apply them to the world around them. Love of country, defense of the homeland, and commitment to community are sentiments that can inspire for good or be manipulated for evil. Americans, like all people, seek leaders who will lead from a sense of shared values, leaders who speak from a position of moral strength, and leaders who teach us how to preserve and respect the rule of law.

Great leaders inspire independent and principled reflection on the part of their followers; they seek to enhance autonomy, mutual respect and clear thinking, not obscure it.  Socrates restricted his teaching to asking questions of his students, asking them to do the hard work of contemplation in response; Gandhi preached a lesson of equality, non-violence, and self-reliance; Martin Luther King followed in Gandhi’s footsteps by seeking to uplift and inspire through reflective, peaceful protest; and John F. Kennedy famously invited the American people to think for themselves about civic responsibility, by focusing on what they could do for their country, not what their country could do for them.

It is my profound hope that in the wake of the mid-term elections, the need for the House and Senate to work together across party lines may help embolden our elected leaders to provide the moral guidance the country is seeking. It is the responsibility and the privilege of our politicians to help the public reject hate and division, to use their positions to diffuse the worst impulses of the populations they serve, to be moral guides for the fearful, the lonely, and even the deranged among us. Above all else, they must teach the public by example, lest those who are elected to preserve us end up preserving themselves at our expense.

Claire Finkelstein, Algernon Biddle Professor of Law and Professor of Philosophy at the University of Pennsylvania Law School, is CERL’s Founder and Faculty Director.