A lack of accountability is enabling the crisis in Yemen 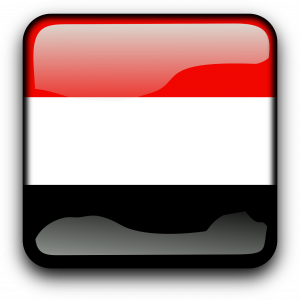 Often third parties to an international conflict attempt to influence the outcome of an existing military conflict in pursuit of their own country’s national interests.  All too frequently, such efforts are not compliant with international law, but there is rarely, if ever, accountability for such conduct.  Individual states, the international community, and international organizations should redouble their commitment to holding third parties accountable as a key mechanism for promoting international order and avoiding conflict escalation. The current crisis in Yemen demonstrates this need for an international recommitment to accountability, as the bloodshed and atrocities within the failing state continue to be bolstered by proxy actors that have exponentially increased suffering of Yemeni civilians.

Following the Arab Spring, negotiations for a political transition in Yemen resulted in the Gulf Cooperation Council initiative and the election of Abd Rabuh Mansur Hadi as interim president. The Hadi Government was overthrown in March 2015 by the northern-based Houthi rebels, who were aligned with former President Ali Abdullah Saleh until his death in 2017. The Houthi rebels, whose mission is to topple the Hadi government, have gained traction as an Iran-aligned movement. Some argue, though, that Iran’s control over the Houthi forces is not as all-encompassing as it is framed to be. Regardless, the Houthi rebels are engaged in an extensive, non-international armed conflict with the internationally recognized Yemen government, and continue to garner more control within the failing state at great humanitarian cost.

Fearing the spread of Iranian regional influence, a Saudi-led coalition (including the UAE and other Sunni Arab states) backed by Western allies has formed to counter the Houthi rebels. Throughout the conflict, the United States and to a lesser degree the UK and France have provided the Saudi-led coalition with logistical, intelligence, and arms support in their fight against the Houthis. The Western-backed Saudi-led coalition has continued to engage in armed conflict against the Iranian-supported Houthi rebels while fighting al Qaeda in the Arabian Peninsula (AQAP). All the while, humanitarian crises such as starvation, displacement, disease, and civilian casualties continue to rise as the fight for control in Yemen progresses. As a recent example, the Saudi-led offensive for Hodeida has displaced thousands and has cut off port access for food, medicine, and other necessities. Civilians, commercial activities, and humanitarian efforts continue to suffer.

The Saudi-led coalition is responsible for numerous International Humanitarian Law violations and war crimes along with attempting to avoid international inquiry into these crimes. In 2017, the Dutch government developed a UN Human Rights Council (UNHRC) proposal in hopes of investigating the violations in Yemen. This was one of many resolutions proposed that sought to hold the Saudi-led coalition and other involved parties accountable for their actions. While the United States is eager to impose sanctions on the Islamic Revolutionary Guards Corps (IRGC) for Iran’s support of the Houthis, it is less willing to implicate the Saudi-led coalition, as the United States and other Western allies are looking to avoid complicity. With each balk and turn away from equal accountability measures, the United States and other Western allies have become a less credible beacon of upholding international order through the rule of law.

Numerous UNHRC resolutions condemning state and proxy actors for the armed conflict and resulting humanitarian crisis in Yemen have been presented since the outbreak of the conflict. But the system of accountability is broken, as calls to the UN for sanctions against Saudi Arabia are being drowned out by statements in a UN Security Council report which, for example, “notes with appreciation” the Saudi-led coalition’s announcement of a “Yemen Comprehensive Humanitarian Operations Plan.” The document outlines intentions for building an airbridge to facilitate aid delivery and plans for further monetary aid and crane installations in Yemen. Confoundingly, these abstract assurances are given more attention in the UN Security Council’s report than the coalition’s continued role in worsening the Yemen humanitarian situation.

Upon examination of Yemen’s state of affairs, questions of accountability become apparent. Global powers cannot push for Iran to be held accountable for the Houthis’ indiscriminate missile strikes and landmines while allowing the coalition and its Western backers to escape culpability for the continued airstrikes that are killing civilians. The selective enforcement of international law demonstrates the hypocrisy of the global powers, which are intentionally undermining the very system of international justice that they created following World War II. Those hoping for the implementation of the rule of law in a chaotic world are left to wonder: how can the principle of accountability, the bedrock for international order and stability, be strengthened in a global theater riddled with proxy conflicts controlled by secondary and tertiary actors’ interests? The answer may not reach the roots of every conflict and humanitarian crisis unfolding today, but a more assertive push for accountability for all involved parties is a necessary starting point.

Bianca Donadio was an intern in CERL’s 2018 Summer Internship Program. She graduated from the University of Pennsylvania in May 2018 with a B.A. in Political Science and Cognitive Science.