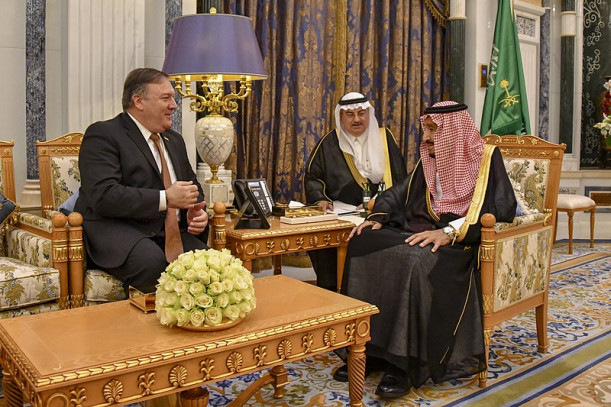 Through the normalization and unanimous acceptance of treaties such as the Universal Declaration of Human Rights (UDHR) and the International Convention on Civil and Political Rights (ICCPR), history has proven that despite our cultural differences, diverging political and economic systems, and unique social norms, the world can agree that certain actions are unquestionably immoral. On the one hand, it, therefore, appears that the world has conceded that there are certain moral absolutes. On the other hand, however, the belief that there are rights and wrongs relative to our own moral convictions abounds.  Saudi Arabia is a case in point.

Appointed Crown Prince of Saudi Arabia sixteen months ago, Mohammed bin Salman has made a concerted effort since June 2017 to publicize his new economic platform and the Kingdom’s social and religious reforms. Yet as well choreographed as his dance has been—broadcasting women’s new legal right to drive, dodging accusations about the forced resignation of Lebanon’s Prime Minister—the world is beginning to reassess the Kingdom’s commitment to true reform; I fear that these policies that were extolled over the summer are merely a smoke and mirrors shield that mask an unchanging and autocratic regime.

Saudi Arabia’s legal implementation of gender, economic and moral rights reform while acting in contradiction to their own new laws is just wrong; the obsequious international embrace of an autocratic regime that goes only halfway has even larger implications for the global community. Morality doesn’t allow you to cherry-pick your principles—when you do so you debase your own worth, diminishing morality’s absolute value along the way. Our attempt to rationalize this ideological farce through moral relativism is equally unethical because it not only delegitimizes that which is right, it concurrently legitimizes the contravention of a norm protected by international law as well. Jamal Khashoggi’s disappearance and probable assassination should be an impetus. It is time for the world to recognize that relativism has its limits, that the consequences of ideological justification and rationalization are not only preposterous but alarmingly precarious.

These are the basic facts, undisputed: about two weeks ago, Jamal Khashoggi, a Saudi Arabian journalist known to be critical of the Saudi government, went missing after visiting the Saudi consulate in Istanbul, Turkey. Khashoggi, a self-proclaimed refugee living in the United States for more than a year, entered the Saudi consulate on Friday, September 28th to collect divorce documents that would permit him to marry his Turkish fiancé. The consulate had informed him that he would have to return for the papers and scheduled his follow-up visit for Tuesday, Oct 2nd at 1:30 PM. Khashoggi reportedly entered the consulate at 1:14 PM. He had given his two cellphones to his fiancé, Ms. Cengiz, with the order to get help in the event he did not reappear. She waited by the Consulate until 1 AM, though he never reemerged. She returned the next day—her wedding day—but there was still no sign of her fiancé, Jamal Khashoggi.[1]

This episode transpired against the backdrop of the purportedly new Saudi Arabia. The Crown Prince has spent this past year transforming his country: he famously gave women the right to drive; set out five-and-ten year plans to facilitate the implementation of technology in Saudi society; encouraged women to pursue nontraditional careers for their genders; relaxed the ban on music, cinemas, and sporting events.

The Saudi cultural revolution, embraced by the West with varying degrees of both celebration and trepidation, was prodded and probed by Jamal Khashoggi. Once a Saudi policy advisor with the ear of the throne, Khashoggi recently shifted careers. As a journalist, he first wrote for a Saudi paper, moving to the US and reporting for the Washington Post after his column in Saudi Arabia was canceled and he was forbidden from writing in the Kingdom— even on twitter. Khashoggi was a patriot, a “lonely patriot” his fiancé explained, and no one has a monopoly on what this frame of mind constitutes. He, too, warily embraced the Crown Prince’s reforms, but he relayed their vices and shortcomings as well. His country and its leaders had potential, Khashoggi reported.

For decades, human rights have been reason enough to fight against autocratic regimes. It fueled Cold War rhetoric. It was invoked in President George H.W. Bush’s “New World Order” address that moved nations around the world to join his coalition in the First Persian Gulf War. It motivated NATO troops to lead a humanitarian war in the former Yugoslavia. It’s what inspired near universal condemnation of the 9/11 terror attacks.

Each of these were attacks on the universality of human rights. Morally repugnant, these violations incited international indignation and demanded retribution. The absolutist, black-and-white nature of these human rights necessitated international action because when a right is inalienable, its violation is intolerable.

The sword of Damocles, therefore, has been hanging over the Crown Prince’s head for some time. He is responsible for the enduring humanitarian conflict in Yemen which has claimed the lives of more than 10,000 people, left millions on the threshold of starvation, and has destroyed Yemen’s infrastructure. This relentless aerial campaign fits the black-and-white paradigm of moral absolutes. The world agrees: The Human Rights Council issued a report classifying a number of these attacks as war crimes. But Saudi Arabia persists, rejecting the UN report as inaccurate.

This alone is sufficient reason to cut the sword loose, to pull back on arms sales to Saudi Arabia, to demand the release of the women activists locked in a Saudi prison, to withdraw US troops from Yemen.

Yet a larger question prevails. Compounding this moral infringement is a universal quandary: that moral relativism still abounds in human rights’ shades’ of grey. Short of violence and death, the world has embraced certain rights with a restless discomfort. Jamal Khashoggi’s disappearance is the catalyzing incident we need to debunk this myth of contingency, and to declare that the world’s citizens are entitled to more than the air in their lungs and a beating heart. After all, what is life without liberty and the pursuit of happiness?

Journalism today is under siege. The public is constantly crying “fake news”, challenging a reporter’s verity. Twitter has given rise to the “280 character current events report”, stripping us of our right to comprehensive news coverage; technology, in general, continues to challenge the printed paper’s lifespan; and readers, of course, have moved into the comfort of their own private echo-chambers, opting to read from like-minded reporters.

Journalism is under siege, and the only fortress with the potential to defend this venerable institution is a fusion of good reporters, an intellectually stimulated audience, comfort in dissent, and a legal regime that protects this amalgamation.

Yet today we have none of this.

Reporters report to their audience. Audiences read to confirm their opinions, not to challenge them. Our leaders dispute opinions and silence dissenters.

And what of our laws? The right to report the news, to express a position and to have an opinion, is forever protected in the UDHR. The aspirational language of this Declaration was further strengthened by Article 19 of the ICCPR.

Great people have put pen to paper. Countries have stamped their names in ink. Yet these legal doctrines have failed to protect the very institution that is the bedrock of a free society; that makes a well-informed citizenry possible; that is indispensable to human rights doctrine. Because our leaders have failed to act.

President John F Kennedy famously said, “no president should fear public scrutiny from his program, for from that scrutiny comes understanding, and from that understanding come support or opposition—and both are necessary.”

The arrest or murder of a journalist is an assault and provocation on this most coveted human right. It is not only a violation of international law—it is a moral provocation of the highest magnitude. Outrage on behalf of this assault is not enough. The true measure of a person’s strength—of a country’s promise—is how they master their indignation: Failure to act is an acquiescence to the autocratic ideologue’s insistence that you don’t need to think to be alive.

We need an international investigation into what happened to Khashoggi, one supported by the US. In the interim, US lawmakers must invoke the 1976 Arms Export Control Act to halt arms sales to the Saudis. International sanctions against Saudi Arabia for their treatment of activists and journalists will seal the message that human rights do matter, that the rights to write freely and to speak freely, are equally absolute. That the world’s indignation in more than mere verbiage.

Critics will say that US efforts to import self-styled international values to the Middle East resulted in the cataclysmic collapse of regional order. Others will argue that despite Saudi Arabia’s indiscretions, they’re better than the Iranian alternative, superior to an alternative of chaos on the Arabian Peninsula.

The grey zone is crowded with the odious behavior of authoritarian zealots. We live in the age of revolution, and few people have the power to bend and shape history, to curtail the advancements of despots and oppressors. Exporting democracy through guns and fire did fail. But just as politics is war by other means, war is the breakdown of diplomacy. Henry Kissinger said it best: “Diplomacy: the art of restraining power”.

International law, especially when it guarantees moral rights, is only as strong as it is enforced. Through diplomacy, we have the opportunity to proclaim that Saudi transgressions in the aggregate amount to a black-and-white moral quandary worthy of international indignation. It is time to reclaim the right to free expression, to guarantee that everyone has the opportunity to test their assumptions, to experience contention, controversy, and conflict of ideology. It’s time to use our power and our voice to normalize moral absolutes.