Skip to main content area Skip to institutional navigation Skip to search
« Back to The RuleOfLaw Post
privatization of the military, U.S. military, Africa • November 11, 2018

The future of private military companies in Africa 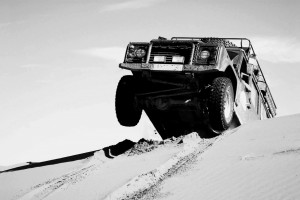 The growth of private military contractors (PMCs) raises ethical questions surrounding the commercialization of war. Over the last 15 years, U.S. presence in Afghanistan and Iraq have sustained the use of PMCs. But should America’s use of PMCs in the region wane, following the drastic reduction in commitment levels within Afghanistan and Iraq, these companies will seek out new customers and venues for their services, exacerbating tensions between the industry and international law. Conflicts in Africa highlight many of the concerns about the future of the PMC industry, and for some the continent also provides evidence of PMCs’ value.

Combat-related PMCs benefit from conflict, particularly sustained conflict.  This helps to explain why PMCs fail as a viable long-term solution for national defense. Sean McFate, a noted expert on mercenaries and private war, highlights this view by pointing to the PMC industry’s resiliency and trend toward proliferation. This leads to further concern over PMCs’ potential to aggravate existing conflicts, making them larger and longer than they may have otherwise been, an issue that is especially troubling given that the parameters within which PMCs operate are established by the employer rather than by a universal set of standards.

PMCs often point to their ability to end conflicts relatively quickly or to prevent them from occurring in the first place. One contemporary example that is often cited is the Nigerian government’s employment of a PMC to combat Boko Haram. Still, some envision PMCs as peacemakers, especially considering the United Nation’s increased employment of them. McFate, who worked in the industry prior to becoming an academic, credits his mission in Burundi with potentially having prevented another genocide in the region. Yet a critical reflection on the United States’ experience with PMCs in Iraq and Afghanistan, particularly in relation to Fallujah, should invoke scrutiny over the potential of PMCs to improve conflict situations.

Despite serious concerns about their overall effectiveness in conflict situations, PMCs have become an integral part of U.S. foreign policy in Africa. The continent has its own contemporary history with PMCs, which began with Executive Outcomes, a South African PMC, and its activities in Sierra Leone and Angola in the 1990s.  defends its actions as having supported the government against insurgencies. But serious questions linger about the civilian collateral damage it caused along the way. Its actions also exemplify the need for a closer examination of what distinguishes a PMC from a mercenary, and whether the two are even distinct at all. he separation is important for determining the actors’ status and rights under international humanitarian law (IHL).

The industry’s history on the continent is also tied to the dangerous combination of rich resources and weak central governments. Simon Mann is a key figure in any discussion about PMCs in Africa, as his involvement initiated their use in the 1990s. He has conducted a number of PMC operations, even serving part of a prison sentence in Equatorial Guinea for his involvement in an attempt to overthrow the government. In an interview with London Real, he states his opinion on how the activities of PMCs should be judged, and notes that he asked himself “is it a good job and have we done it in a good way?” The quandary this question presents, though, is what qualifies as a “good” objective and a “good” means of achieving it, and who decides?

These questions also reveal an important aspect of PMC operations: their objectives and the means used to achieve them are often defined by the individual or entity paying for their services.

PMCs will increasingly continue to contract with parties other than the United States, and they will do so for an extensive variety of activities with an equally varying set of standards. As the industry grows so will issues that international law must acknowledge and address. PMCs’ potential to operate with minimal regulation in regions with a history of conflict and an abundance of resources warrants a closer look at their activities. As their role in the global system grows, so does the need for further discussion about their use, both ethically and within the rule of law.

Emma Sullivan, a second year student at Villanova Charles Widger School of Law, was an intern in CERL’s 2018 Summer Internship Program. She received her B.A. from the University of Oklahoma in international relations and area studies.