Dark money vs. the FEC: The battle for democratic independence 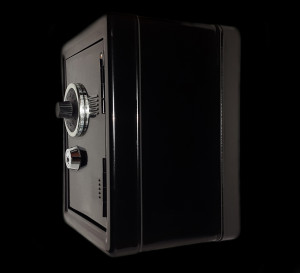 With concerns ranging from Russian interference to illicit dark money, anxiety over foreign meddling in American politics has animated much of the national dialogue since the 2016 presidential election. Unfortunately, a particularly tense partisan environment may present ongoing challenges to much-needed reforms.

U.S. law prohibits foreign nationals from contributing money or other assistance in connection with elections and American persons from accepting such contributions. On this point, the law is clear and decisive. In recent years, however, there has been a surge in the use of “dark money” to bypass otherwise stringent campaign finance regulation.

Dark money refers to the financial support of a political candidate without disclosure of the actual source, skirting a legal requirement to report this information for donations of $200 or more. Such anonymous contributions are commonly made by way of nonprofit organizations, as these third-party vessels are exempt from the legal requirement to disclose their donors. Notably, this means that Super Political Action Committees (Super PACs) may also be used to funnel dark money to candidates if they accept contributions from nonprofits or shell corporations.

There is significant evidence that increasing sums of untraceable money are flowing into American elections. In October of 2015—over a year before the 2016 presidential election—U.S. Senator Tammy Baldwin of Wisconsin made the troubling proclamation that the amount of dark money spent in the 2016 election had already outpaced similar untraceable spending from the 2012 election tenfold. A report from the Center for Responsive Politics supported this finding. By Baldwin’s and the Center’s measurements, the 2012 election saw only $440,000 in dark spending while at the same juncture in 2016 over $4.88 million in dark money had been spent on federal elections. Further, the Center estimates that dark money comprised barely over $5 million of election funds in 2006, $300 million in the 2012 cycle, and $174 million in the 2014 midterms. In total, more than  $800 million in untraceable funds was spent on federal elections between 2010 and 2016. Although some reports find that these funds come from private domestic donors like the Koch brothers and the DeVos family, others have identified potential links to foreign parties, including the governments of Saudi Arabia, Russia, and China.

As these reports suggest, this system has created the opportunity for foreign agents to financially influence American campaigns and elections, despite explicit prohibitions on such involvement. The current legal framework lacks a feasible method for enforcing regulations designed to exclude foreign funds. Thus, in practice, a loophole has been created, allowing foreigners to use American nonprofits as a tool to support political candidates. This specter of illicit foreign funds hovering over our elections poses a threat to our nation’s democratic independence.

Yet the response of the Federal Election Commission (FEC), the independent regulatory agency charged with administering and enforcing the federal campaign finance law, has thus far been measured. Since the 2016 presidential election, proposals to open a rulemaking process on foreign money in American election spending have been rejected three times by the body. Each instance resulted in a 3-3 deadlock, with both sides failing to reach the necessary threshold of four concurring votes from the pool of commissioners. Similarly, the FEC missed the threshold on two statements of policy intending to “clari[fy] the breadth of the foreign national prohibition and implem[ent] a new certification mechanism to deter efforts at circumvention.”

Moreover, partisanship appears to have played a role on these occasions, with the three Republican commissioners consistently voting opposite their two Democratic counterparts; Lee Goodman, an Independent, often joined with the latter. The leadership also reflects this division. Vice Chair Ellen Weintraub, a Democrat, has repeatedly expressed concerns regarding the issue and its detrimental effect on the state of the nation’s democratic institutions. Nonetheless, FEC Chair Caroline Hunter, a Republican, has vocalized concerns with having the FEC take meaningful action in the absence of verifiable evidence.

It remains to be seen whether any directives will be agreed upon by the FEC and communicated to the public as the 2018 midterm elections approach. Unfortunately, this does not seem likely. With the departures of a Democratic and Republican commissioner, the FEC’s headcount has fallen to four, reducing the possibility of any motions being authorized unless new members are appointed or the cohort votes unanimously in one direction.

Recommendations have been made for resisting the influence of foreign dark money. (See, for example, proposed measures to revisit corporate rulemaking and provide public assurances on FEC data integrity.) Yet because of the current partisan climate of the FEC it is unlikely that any significant changes will materialize in the near future. Indeed, the only change under consideration by the FEC as a solution has been criticized for being both overburdensome and incomplete, even if it were to be approved. The inefficacy of the FEC is disappointing, as untraceable foreign money continues to pose a serious threat to the integrity of American democratic elections.

Talya Djemal was an intern in CERL’s 2018 Summer Internship Program and now is with the United Nations Department of Peacekeeping Operations in the Office of Rule of Law and Security Institutions.

Christopher Umanzor is a senior at Princeton University, Woodrow Wilson School for Public and International Affairs, and participated in CERL’s 2018 Summer Internship Program.