The Global Compact on Migration: The Opportunity for Constructive Engagement Remains

By: Sarah Paoletti, Professor of Practice and Director of the Transnational Legal Clinic 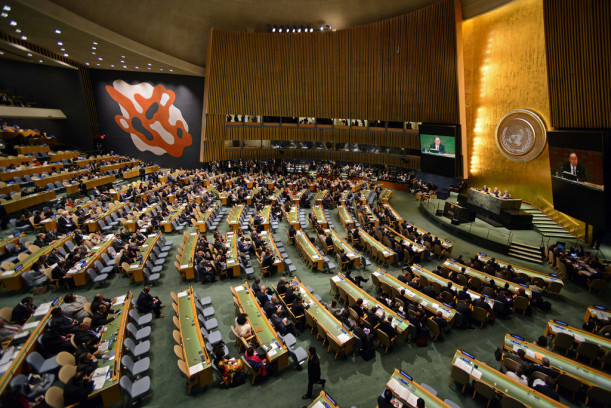 “Migration has always been with us. Climate change, demographics, instability, growing inequalities, and aspirations for a better life, as well as unmet needs in labour markets, mean it is here to stay. The answer is effective international cooperation in managing migration to ensure that its benefits are most widely distributed, and that the human rights of all concerned are properly protected.”

In 2017, the UN and its members, as well as intergovernmental and non-governmental agencies, committed themselves through regional and international dialogue to developing a new framework to address the challenges confronted in and by migration. As the world recognized the need for greater international collaboration, the Trump Administration moved the United States towards a more isolationist approach while implementing restrictive and enforcement-oriented policies and practices, in a notable shift from prior administrations.  As we head into 2018, the United Nations and its members have set out to draft and agree upon an international cooperative framework for managing migration, while also ensuring that the rights of migrants are respected, protected and fulfilled. 2018 will be the year to see whether the political resolve exists to meet this goal, with or without the United States’ participation.

In September 2016, the UN General Assembly adopted the New York Declaration for Migrants and Refugees, through which countries from around the world committed to the development of a comprehensive global framework for international cooperation on migrants– a commitment that aims to be responsive to the complex set of global and interconnected forces that drive migration.   After more than a year of thematic and regional consultations, the international community is moving forward with drafting the Global Compact on Safe, Orderly and Regular Migration, and the Global Compact on Refugees. The compacts intends to outline a set of non-binding commitments aimed at fulfilling the promises set forth in the NY Declaration.

Unfortunately, in December, as governments from around the world gathered with representatives from intergovernmental and non-governmental agencies in Puerto Vallarta, Mexico for a multi-day preparatory stocktaking convening intended to launch Phase II of the creation of a Global Compact on Migration, the United States opted out of the process. In her announcement, US Ambassador to the United Nations Nikki Haley, stated: “[O]ur decisions on immigration policies must always be made by Americans and Americans alone. We will decide how best to control our borders and who will be allowed to enter our country. The global approach in the New York Declaration is simply not compatible with U.S. sovereignty.”

The withdrawal, much like the Trump Administration’s withdrawal from the Paris Climate Agreement, stakes an isolationist position that stands in stark contrast to the global engagement policies of the Obama Administration.  This shift is particularly troubling when addressing two deeply interconnected global challenges such as mass migration and climate change. The two present-day phenomena are not only exacerbated by historic and ever-increasing global inequality, but their impacts know no territorial boundaries and do not recognize sovereign limits.

The United States’ withdrawal does not mark the end of the Global Compact on Migration, nor does it mark the demise of the NY Declaration.  But this misguided withdrawal of the “U.S. leadership” that Ambassador Haley touted in her statement, seems to have already had an impact on the tone and direction of the global dialogue.  In his statement commemorating International Migrants Day, William Lacy Swing, the Director General of the International Office of Migration (IOM), placed his great hope in the Global Compact as the means for developing a framework for “safe, orderly and regular migration.” Missing from his statement is any discussion of human rights and rights protection; instead, he talks about migration as a “human reality to be managed.”  He further tempers his already cautious statement by noting that the global compact is not “expected to intrude on nation state sovereignty nor be legally binding.”

What Ambassador Haley fails to acknowledge, and what the IOM fails to promote, are the international human rights norms to which the United States and other nation states are already bound, either through treaty ratification or under principles of customary international law. These norms are regularly denied to migrants – be they refugees or other migrants. In paragraph 13 of the NY Declaration, the members of the UN General Assembly emphasize:

All human beings are born free and equal in dignity and rights.  Everyone has the right to recognition everywhere as a person before the law.  We recall that our obligations under international law prohibit discrimination of any kind on the “basis of race, colour, sex, language, religion, political or other opinion, national or social origin, property, birth or other status.

Through their vote in favor of the NY Declaration, the countries not only recommitted to the values governing universal human rights, they denounced “all manifestations of xenophobia, racial discrimination and intolerance.” Yet, discrimination against migrants continues to manifest itself through the rhetoric, laws and policies directed towards immigrants. Migrants, at all stages of the migration process, are subjected to: racial profiling in immigration enforcement actions; prolonged and inhumane detention for civil immigration violations; verbal and physical assault; denial of access to education; denial of access to medical care; interference with access to justice; and, specific to the United States, persons from selected Muslim majority countries are being denied access to the United States solely because of their country of birth.

The NY Declaration represents an opportunity to move past the politics and to confront the rising tide of nationalism and xenophobia confronting migrants across the globe. It calls on states to engage in constructive dialogue to address the humanitarian, political and economic drivers of migration, to combat the rights violations committed throughout the migration experience, to provide access to justice when those violations occur, and to promote human dignity and the rights inherent to all by virtue of our individual and collective humanity.  But who is at the table and the perspectives they bring will ultimately determine whether that promise is met.

The narrative of human migration is complex and multifaceted.  The stories of the communities supported by remittances are often compete with the stories of “brain drain” and the range of social and economic costs to home communities.  The stories emanating from destination and transit countries alternately highlight the vulnerabilities of certain categories of migrants, the immense contributions of migrants to the host communities, and the costs and security risks associated with migration.  Municipalities know not just the stories, but the realities behind the stories: the benefits, strains, and challenges associated with migration are most directly felt at the local level.  As such, they are now seeking a seat at the table for the UN Global Compact negotiations.

Leading local governments in cities such as New York, Chicago, Washington, and Atlanta have joined more than 130 cities around the world sought formal entry into the Global Compact negotiations.  Governments and UN Officials would be wise to welcome them as key partners to the process.  As noted by the acting commissioner of the New York City Mayor’s Office of Immigrant Affairs, Bitta Mostofi, “Our first hand experiences are essential to ensuring that international guidelines truly meet the needs of refugees and migrants.”  The engagement of municipalities will be critical to the ensuring the implementation of those guidelines. Regardless 2018 should be the year that the voices of the migrants themselves are heard and incorporated, so that the Global Compacts are not only crafted in response to their lived experiences, but also have a shot at truly addressing them.