This blog series from current students examines aspects of #PennLawLife.

I never did study abroad in college — there were always too many courses I wanted to take during the year for me to want to miss even a quarter. The same has been true at Penn Law, although the study abroad trend has become more popular since I started law school. That’s why I was so excited by Penn Law’s Global Research Seminars (GRS), which students can take in their second and third years of law school. Each seminar is usually capped at about twelve to twenty students and acceptance is application based, but everyone I know who’s wanted to take one of these seminars has gotten in.

A Brief Overview of the GRS Structure 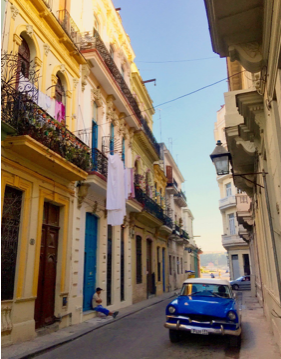 These seminars are taught in two locations — the first part is taught at Penn Law during either the fall or spring semester. These classes, which are largely shaped by the students’ interests, lay the foundation for on-site discussions in the country that the seminar is focused on. For example, last year, one seminar was on Disasters and the Law, focusing on issues of disaster preparedness, emergency response, and victim compensation. Over winter break, students spent a week in Japan, meeting with policy and lawmakers in Tokyo and with victims of the Fukushima earthquake/tsunami/nuclear disaster.

This fall, the GRS course being offered was on Human Rights and Economic Development in Cuba. We spent a few classes hearing from American attorneys who had worked with Cuban entities or whose firms were increasing their Cuba practice groups. The rest of the semester was largely student-led; we broke into groups and presented on topics that were of interest to us like the Internet and free speech, LGBT+ rights, and political participation in Cuba. Lauren Owens, the Assistant Director of International Programs at Penn Law, then took these topics and a list of people we had identified interest in and created an itinerary for our January trip. 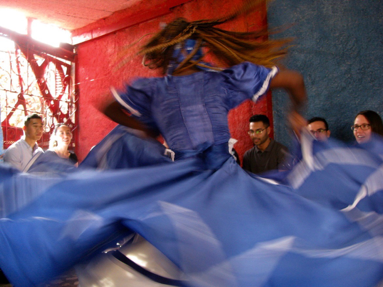 Our trip was a whirlwind of meetings and exploring Havana and the Cuban countryside in Viñales. Over the course of a week, we met with Magia López, a co-founder of hip-hop/jazz duo Obsesión, whose music focuses on black culture and tradition and on women’s rights. Among the other people we met with were Collin Laverty, whose boutique consulting firm helped facilitate Airbnb’s entry into the Cuban market; Carlos Alzugaray, a career Cuban diplomat who retired recently after serving as the Cuban Ambassador to the European Union; Manuel Vázquez Seijido, the Head of the Legal Advisory Group at CENESEX (Cuban National Center for Sex Education); Niruys Higueras, the owner of Atelier, one of the country’s most successful paladars (a private restaurant); and Marc Frank, an award-winning freelance journalist who works for Thomson Reuters and the Financial Times, consults for ABC News, and has contributed to the Economist. And that was just a snippet from our official itinerary. 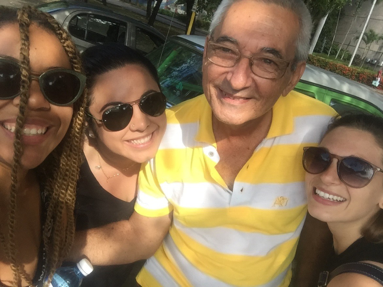 With our free time, we walked around Havana and Viñales and met real Cubans. The lack of open seating at a bar allowed some of us to meet Johan, a 22-year-old dancer who had been kicked out of his home in Santiago, Cuba for being gay. On our free day, three of us met Carlos Pacheco, a poet and owner of a gorgeous 1955 lime green Plymouth. He let us take photos sitting in the driver’s seat, and we ended up following him to his granddaughter’s music class, being taught on the steps of the Jose Martí memorial. We took a cab to Old Havana where we met a gallery owner preparing a show of Cuban posters he had been collecting for the last forty years. While sheltering from the rain and vainly trying to access Wi-Fi, we met a Columbia Business School student and his friend and ended up getting dragged into a hotel lobby where we learned how to make mojitos.

It was an amazing trip, and over far too quickly, but we all came back with a much more nuanced understanding of Cuba. We saw the beautiful buildings in Old Havana and rode in the classic cars, but we also saw that a lot of those buildings were only facades with veritable shantytowns erected behind the beautifully carved front doors. We saw that many of those classic cars might be meticulously maintained on the outside but are barely more than well-painted metal boxes. We learned that medical malpractice doesn’t exist as we know it in Cuba — if someone is stabbed and dies on the operating table, the defense attorney will try to show it was the doctor who was liable and, if he’s successful, the doctor can be tried for murder. We stayed in private homes in Viñales and experienced first-hand the warmth and generosity of our Cuban hosts, but also witnessed the realities of food shortages and got used to needing a few back-up menu choices.

Although it’s unlikely that another Cuba seminar will happen for at least a little while, the International Programs department at Penn Law definitely has equally interesting Global Research Seminars in the works!