This post is written In honor of International Day of the Girl Child. 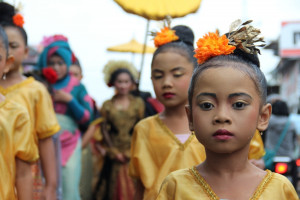 The reauthorization of the US Violence against Women Act (VAWA) in 2013 provided another tool in the arsenal in the war against child marriage. Combating child marriage is now an integral part of US foreign policy. The law calls for directives to the US Secretary of State to develop and implement a plan to prevent child marriage, promote empowerment of girls at risk of early marriage, and target countries where a high prevalence of child marriage is known to occur.

The VAWA now requires that the State Department include the rate of child marriage in its country status reports. In 2012, Archbishop Tutu and Graça Machel of The Elders called upon the United States to make combating child marriage a foreign policy goal. As they argued in the Washington Post “Without tackling child marriage, the US government cannot hope to achieve its development ambitions.”

Then United States Secretary of State Hillary Clinton pledged to “intensify our diplomacy and development work to end child marriage” and built powerful moral authority for this promise by revealing that combating child marriage was a “personal commitment” of hers. In the US several states allow girls to get married as young as 12 with the permission of the court. With no minimum age requirement for marriage,Massachusetts and Virginia are battleground states for overturning these laws.

An interlocking reading of the Convention on the Elimination of All Forms of Discrimination against Women (CEDAW) and the Convention on the Rights of the Child (CRC) call for full and free consent in marriage. The CEDAW Committee in General Recommendation 21 (Article 16.2) states unequivocally that “the minimum age for marriage should be 18 years for both man and woman.”…marriage should not be permitted before they have attained full maturity and capacity to act.

The US government is alone with South Sudan in resisting the ratification of the CRC and is one of a handful of countries, along with Iran that is yet to ratify the CEDAW. The ratification of these treaties will bolster the US’s efforts combat child marriage as part of its foreign and domestic policy.