The Debate Over War Crimes: The Chilcot Report and Paris Peace Conference of 1919 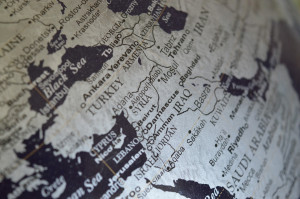 With the recent publication of Sir John Chilcot’s report criticizing the decisions by then British Prime Minister Tony Blair that led to the 2003 invasion of Iraq, the debate over war crimes has taken a new turn. One hundred years ago, what Blair did might have seemed senseless but it would not have been a crime. But, over the last century, international law has increasingly criminalized individual actions. So in 2016 (or 2003), what Blair did might be deemed not only injudicious but also criminal.

War crimes and their punishment exist at the uneasy juncture of legality, morality and justice. In war, soldiers are required to do acts that are punishable if committed by civilians in peacetime, and they are punished for doing things that are both expected and legal in peace.  At the end of the Second World War, when the Allies tried war criminals at Nürnberg and Tokyo, they established the bases for international criminal proceedings for the last seven decades. Less well-known was the attempt following the First World War to try the Kaiser and other alleged German war criminals.

I study the history of public international law focusing on 1850 to 1930. What drives my interest is how virtually all the institutions that international lawyers wanted to form then now exist. In many ways, this time period laid the groundwork for the international order created after the Second World War which continues today. My scholarly focus is the transnational nature of international law; what I mean by that is each nation brings its own legal culture and assumptions to the international arena. The people I study were aware of this tension; it drove their desire to have international courts (with judges trained in the law) to sort out these issues.

Although the Chilcot report is the latest public discussion of war crimes, nowhere were these conflicts over the meaning of international law more apparent than at peace conferences, including the Paris Peace Conference of 1919. There, both Britain and France demanded that the Kaiser be tried, while President Woodrow Wilson and Secretary of State Robert Lansing fought against (each for his own reasons) this initiative.  Perhaps because the trials never took place (after the Americans left Paris, the British, in a dramatic switch, opposed the trials), very few studies of the Conference examine war crimes in much detail. The actual debate is far too complicated and nuanced to be discussed in one short post but there is a wonderful moment that illustrates how difficult it is for nations, even at international conferences, to give up their domestic interpretations of the law.

For sixty days in 1919, lawyers, politicians, academics and diplomats from eleven countries wrestled with concepts of war crimes and punishment at the awkwardly named “Commission on the Responsibility of the Authors of the War and the Enforcement of Penalties.” From the outset, the prime antagonists were Britain and the United States. The U.S. representatives were Lansing and his long-time friend and legal advisor to the State Department James Brown Scott. Representing Britain and the Dominions were English Attorney General Sir Gordon Hewitt, English Solicitor General Sir Ernest Pollock and New Zealand Prime Minister William F. Massey. Following the first meeting, Lansing noted in his diary that “Hewart [and] Pollock will be most radical and uncompromising. … [Scott and I] will draw a sharp line between legal and moral wrongs.” This position, first formed at Paris nearly one hundred years ago, remains the basis for the British interpretation of war crimes today and frames the findings of the Chilcot report.

In mid-March of that year, the precise nature of the fissures between the British and American delegates became clear. Britain supported an international tribunal, the trial of the Kaiser, and prosecution of military and political leaders who failed to prevent crimes. Lansing, supported by Wilson, opposed these concepts. In what may be my favorite moment of the entire Conference, Lansing expressed his disappointment and claimed “that he was rather surprised to understand from the Solicitor-General that English jurisprudence, upon which his own country had modelled its laws and practice, could authorize a prosecution where there was no penal statute by which to punish the offender.” In other words, Lansing, an American lawyer, who trained at his father’s small-town law firm, asserted he knew more about English criminal law than the Solicitor General and Attorney General of England. In reality, the Americans had concluded early on that this conference should take a narrow interpretation of the law and the British had decided on a more expansive definition based on their own domestic laws and practices. Lansing cited the U.S. Constitution and U.S. Supreme Court decisions, while the British argument focused on English cases.

As I read the coverage of the Chilcot report, I could not help but note how consistent its conclusions were with the British position in Paris nearly a century ago. Although international law has changed dramatically since the late-nineteenth century, those early international lawyers helped to develop the system we live under today. In the fifty years leading to the First World War, the first international lawyers battled to expand the protection of the law to both soldiers and civilians in wartime. What the Chilcot report reminds us is how allusive this goal remains and how international law is still interpreted differently within different countries. As largely the same facts and laws apply to the United States as to Britain, it is notable that the United States still has never mounted an investigation of the legality of its decision to go to war in Iraq, and, consistent with the views of Robert Lansing in 1919, most likely never will.

John H. Hepp, IV, J.D., Ph.D. is a 1986 graduate of Penn Law and currently serves as Associate Professor of History and Pre-Law Advisor at Wilkes University. He is also Co-Chair of the Division of Global Cultures: History, Languages & Philosophy.