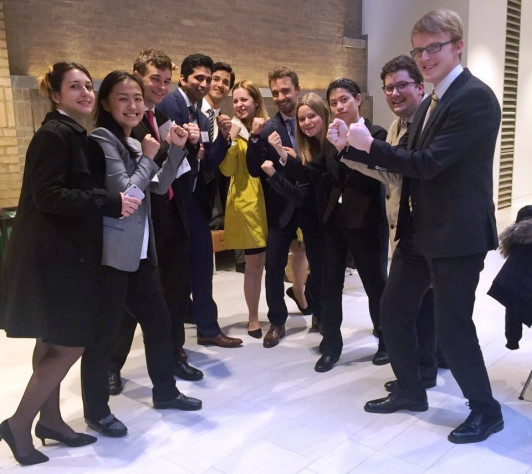 Congratulations to the team of Karan Kalia (Oralist), Phillip Scheibenflugh (Oralist), Angeles Femenia (Oralist), Heyi Coco, Yvette Lin, and Rolando Castellas who were runners-up in the Fifth LLM international Moot Court Competition. The competition was held from April 6-8 at the American University in Washington, D.C.

Over twenty-five teams participated from over 18 schools.

Both teams would also like to thank Prof. Adam Raviv for dedicating his time to prepare us for the oral hearing and Prof. William Burke-White.