The government’s harassing me because I’m a documentary filmmaker. Should I FOIA them? 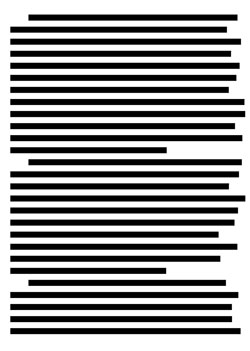 Two documentary filmmakers are separately suing government agencies to find out what records those agencies are keeping about them, in hopes of shedding light on what they call campaigns of harassment.

Most notably, last year, filmmaker Laura Poitras, director of the Oscar-winning CitizenFour, filed Freedom of Information Act (“FOIA”) requests with a slew of federal agencies after enduring more than 40 detentions and 50 secondary security screening selection searches at airports over the span of six years.  Poitras wanted to see what documents agencies like the FBI, the Department of Homeland Security, and the Office of the Director of National Security, among others, had on her and why she received such treatment.

After waiting more than a year and receiving little more than form responses or denials from the agencies, she filed a federal lawsuit in July, seeking to force the agencies to comply with her requests.  See Poitras v. Dep’t of Homeland Sec., No. 1:15-cv-0191 (D.D.C. filed July 13, 2015). EFF, the Electronic Frontier Foundation, which is handling the lawsuit for Poitras, recently reported that the “government has released some records and has indicated that it will continue searching for responsive documents until early next year.”

Similarly, filmmaker James Kleinert, whose work and activism focuses on wild horses in the American West, sent a FOIA request to the Bureau of Land Management (“BLM”) in June 2013, seeking records that referred to him or his production company, because he felt that the agency had unfairly impeded his work.  Kleinert and the BLM had an antagonistic relationship stretching back years.  A longtime critic of the BLM, Kleinert sued BLM officials in 2011 for violations of the Wild Free-Roaming Horse and Burros Act and violations of the National Environmental Protection Act.  The BLM opened an investigation of Kleinert the same year to see whether he had engaged in unauthorized commercial filming on BLM lands in Colorado.

After waiting a year without a response to his request, Kleinert sued and then promptly received about 170 pages of redacted documents from the BLM.  (The agency claimed that it sent the records shortly after Kleinert asked for them; Kleinert says he never got them.)  But Kleinert felt the BLM hadn’t adequately searched its records and objected to what he claimed were unjustified redactions in the pages he did receive.  So he, too, asked a federal court to step in and force the BLM to comply with the FOIA request.

In September, more than two years after filing his original request, the federal district court in the Washington, D.C., chastised the BLM for failing to prove it had conducted a sufficient search of its records or that its redactions were necessary and authorized by law.  Although the court stopped short of saying that the agency did not conduct a reasonable search or that the redactions were unjustified, the court was deeply skeptical of the agency’s performance and ordered it to produce more documents or better explain itself.  See Kleinert v. Bureau of Land Mgmt., No. 14-cv-1506 (D.D.C. Sept. 25, 2015).

And so the process continues.  Welcome to the world of FOIA.

FOIA is a potentially powerful government transparency tool that enables anyone to ask for copies of federal agency records.  (States have their own open records laws for access to state agency records.)  Routine requests are subject to only minimal fees, and there are ways to seek fee waivers for certain requests made in the public interest.  Of course, not all records have to be released under FOIA.  Agencies can withhold or redact documents for a number of reasons set forth in the statute, including to protect national security, to prevent interference with a law enforcement investigation, or to protect attorney-client privilege, among others.  See 5 U.S.C. § 552.  Most federal government records are presumptively public.

The reality of FOIA, however, doesn’t always live up to its ideals, as illustrated by the experiences of Poitras and Kleinert, and documented in a new House Oversight and Government Reform Committee report (.pdf) (“FOIA Is Broken: A Report”).  The process can take months or years, and even then agency responses may be incomplete or overly redacted, forcing requesters to file administrative appeals and federal lawsuits, which could take many more months or years—and money—to resolve.  Complex or voluminous requests can carry a high price tag; notorious examples surpass $1 million.  And if an agency is inclined to withhold or conceal a document, particularly if that document’s existence is not publicly known, it can be difficult for requesters (or courts, for that matter) to do anything about it.

According to the committee report, “requesters have good reason to mistrust even fair and earnest attempts by agencies to fulfill requests,” due to political influence, overuse of statutory exemptions, and undue delay.  The report says that agencies close 40 percent of requests without ever releasing a single document. (A FOIA reform bill passed the House yesterday.)

Given all that, should filmmakers, facing hostility from government agencies, use FOIA requests to see what the agencies are saying, thinking, and doing about them?

The information could shed light on how federal agencies operate, both with respect to the individual filmmaker and to the media more generally.  The court in Kleinert recognized that “the public generally has an interest in learning if an agency is retaliating against its media critics.”  Poitras has said she wanted to file and sue to support “countless other less high-profile people who have also been subjected to years of Kafkaesque harassment at the borders.  We have a right to know how this system works and why we are targeted.”  Each request might produce a small piece to a larger puzzle about the government’s treatment of media critics.

If the search happens to turn up documents that support an intentional campaign against a filmmaker or member of the media, that information could be publicized to advocate for reform, or used as grounds for a First Amendment or other civil rights suit against the agency.

Although filing is easy, actually getting responsive documents could take a long time, a lot of effort, and a lot of money.  Months or years down the line, a requester might need to hire a lawyer to file a lawsuit and force the agency to comply with FOIA.  And even then, the responsive documents may not provide much valuable information.

Because most filmmakers won’t know what, if any, specific records an agency has on them, the requests will have to be categorical (i.e., “all records about me”), which make it easier for requests to be denied as overbroad or some records to slip mysteriously through the cracks.

And filing a request might further antagonize an agency.  Filmmakers should consider what their future contact with the agency needs to be, and whether they could risk making more enemies by submitting a request.  Of course, on the flipside, there’s a chance that a request could encourage an agency to shape up.  When journalist Glenn Greenwald publicized Poitras’s airport experiences in a news story, her detentions abruptly ended.

For most filmmakers, the potential upside won’t be worth the effort necessary to see the process through.  That’s part of the reason why Poitras decided to file her suit.  But for those who have experienced a pattern of government resistance and harassment, there may be little harm in filing an initial request, and seeing what comes of it—particularly if the filmmaker doesn’t anticipate regular contact with the agency going forward.

Adam Marshall, the resident FOIA expert at the Reporters Committee, suggests that filmmakers who want to use FOIA to get records about themselves consider making a combined FOIA/Privacy Act request.  The Privacy Act (5 U.S.C. § 552a) creates an independent mechanism for individuals to request information about themselves from the government.