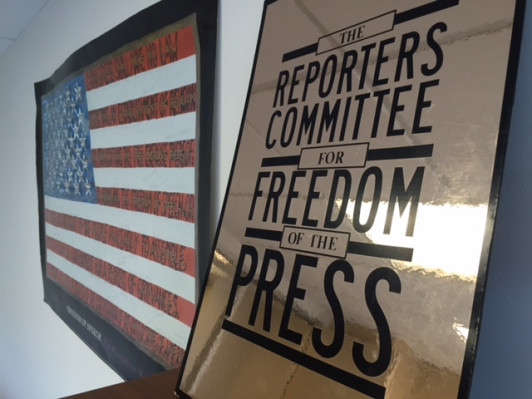 Filmmaker Joshua Oppenheimer, director of The Act of Killing and The Look of Silence, doesn’t think of himself as a journalist.  Nor does he feel particularly comfortable with the “journalist” label. But, as he recently told the New Statesman, some of the “greatest talents” in documentary filmmaking today are “making great works that are fundamentally what journalism should be doing.”

Oppenheimer isn’t alone in drawing lines between investigative journalism and documentary filmmaking while simultaneously blurring them with his work. According to a recent report by the Center for Media & Social Impact, a cultural divide exists between those who identify as journalists and those who identify as filmmakers, particularly in “training, language and emphasis,” despite considerable commonalities shared by the two groups. Indeed, the report, Dangerous Documentaries: Reducing Risk when Telling Truth to Power (pdf), found “more common ground than differences in practice and mission,” and observed that while the challenges and risks of investigative work are well known in the investigative journalism community, documentary filmmakers are generally less prepared to deal with the same risks when making investigative documentaries. Independent filmmakers also tend not to have the kind of institutional support that journalists working for established media outlets enjoy.

“Without access to pro bono legal counsel to lend a hand with a freedom of information request, or step in to handle a subpoena for outtakes, documentary filmmakers are on their own,” says Bruce Brown, executive director of the Reporters Committee. “Inevitably, if threatened, filmmakers will feel a chilling effect or leave some stones unturned because of the fear of being sued or simply because they do not have the means to challenge official stonewalling. A healthy democracy requires investigative reporting, and investigative reporting requires legal backup. That’s what we are here to provide.”

What specifically can the Reporters Committee do for individual filmmakers? The group runs a free legal hotline to help journalists who have an urgent issue, or encounter a logjam in their reporting. Filmmakers can call anytime, with questions ranging from “am I allowed to film at a public meeting?” to “I’ve just received a subpoena for my footage…what should I do?”

The Reporters Committee also can help filmmakers who want to gain access to sealed court documents, file a Freedom of Information Act (“FOIA”) request, or appeal a denial of a FOIA request. The nonprofit has a successful track record of helping journalists with access and open government issues. A few recent examples: the Reporters Committee, representing a coalition of media companies, successfully sued to unseal sentencing documents related to the prosecution of former CIA director David Petraeus, including 34 letters from world leaders, politicians, military officials and others pleading for leniency on behalf of Petraeus. The Reporters Committee also recently won a lawsuit on behalf of an author and several historical groups seeking grand jury transcripts from a 1942 Espionage Act investigation of the Chicago Tribune. And the group is currently trying to obtain body cam footage from the District of Columbia Metropolitan Police Department, using a local open government law.

Other issues within the Reporters Committee’s wheelhouse: the reporter’s privilege and subpoenas, libel defense, gag orders, prior restraints, and protecting (and encrypting) communications with sources or subjects. While some legal issues unique to documentary filmmakers—like appearance release forms, copyright clearances, and distribution agreements—aren’t typically services the Reporters Committee offers to print or TV journalists, the group is considering how to broaden its offerings to best support the documentary community. Recently, the Reporters Committee reviewed a trailer for a documentary film about a high-profile libel lawsuit, and helped guide a Sundance award-winning filmmaker with pre-distribution questions.

That includes the group’s online legal guides, which provide primers on topics ranging from recording telephone conversations, to covering protests, to accessing judicial documents and proceedings. The Reporters Committee website also has a general “First Amendment Handbook” designed for journalists.

“There is a growing need for our services, as the nonprofit media sector rapidly expands and because independent filmmakers often lack free access to legal advice,” Brown says. “By reaching out to documentary filmmakers and making them aware of the services we provide, we will advance our mission of protecting the First Amendment and providing pro bono resources for those in need.”