New to the Archives are the records of the Enron bankruptcy documented by Examiner, Neal Batson. Enron Corporation was an American energy, commodities, and services company based in Houston, Texas. 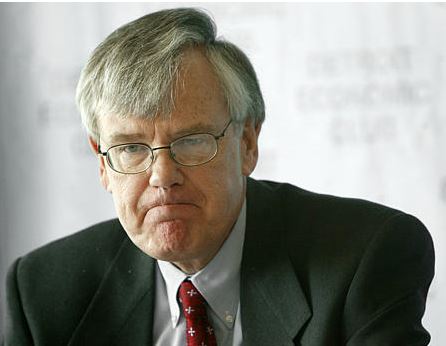 Enron Corporation was an American energy, commodities, and services company based in Houston, Texas. Enron began as a pipeline company in Houston in 1985, and later, under the direction of former Chairman Kenneth L. Lay, Enron expanded into an energy broker, trading electricity and other commodities. Prior to its bankruptcy on December 2, 2001, Enron employed approximately 20,000 staff and was one of the world’s major electricity, natural gas, communications, and pulp and paper companies. Enron filed for bankruptcy protection in the Southern District of New York during late 2001 and selected Weil, Gotshal & Manges as its bankruptcy counsel. In May of 2002, Neal Batson was appointed by the United States Department of Justice to serve as the Examiner for Enron Corp., and was authorized to investigate various aspects of the company.

The case filed by Enron was one of the most visible and complex Chapter 11 cases in American history. The investigation ran through December 2003, in part because of the timing constraints imposed by Section 546(a) of the Bankruptcy Code. Enron ended its bankruptcy during November 2004, in agreement to follow a court-approved plan of reorganization. A new board of directors changed the name of Enron to Enron Creditors Recovery Corp., and emphasized reorganizing and liquidating certain operations and assets of the pre-bankruptcy Enron. On September 7, 2006, Enron sold Prisma Energy International Inc., its last remaining business, to Ashmore Energy International Ltd. (now AEI).

This collection is largely comprised of the interim reports of Neal Batson, the Court Appointed Examiner. The First Interim Report is noted as the main report, while the Second and Third Interim Reports include extensive appendices related to items such as transactions, roles of officers & organizations, and legal standards. The Final Report of Neal Batson also heavily documents Batson’s findings and includes material related to roles of those involved, including attorneys and the banks.

Also within the collection are the reports of the Debtors’ Key Employee Retention Program (KERP) and the National Energy Production Corporation (NEPCO). Documents detailing the termination and wrap-up of Enron close out the collection. As Examiner, Batson filed four reports in respect of the investigation into the accounting techniques utilized by Enron. The first report was filed in September 2002, the second report in January 2003, the third report in June 2003, and the fourth and final report in November 2003. It should be noted by researchers that the use of the word “filed” in this context is somewhat simplified in that with respect to the second, third, and fourth reports, the Examiner was required to address certain procedural issues relating to the attorney-client privilege, confidential document designations by producing parties, and concerns raised by the Department of Justice (DOJ). Additionally, The Department of Justice was continuing its own investigation into the activities of Enron and its counterparts during this timeframe. Researchers should note that the filed reports are the reports available to the public on the Public Access to Court Electronic Records (PACER) online service and the actual date of filing may vary from the month of “issuance” of the report for these procedural reasons.

The collection is open for research and the finding aid may be accessed here. Researchers should note that this is a digital collection and to view the records remotely, please email the Archivist at biddlearchives@law.upenn.edu.

﻿Update 5/30/19: ﻿Following the original publication of this post, PACER docket content became more easily available via the Bloomberg Law database. Researchers with access to that database will be able to obtain free access to the interim and final reports using Docket Search.