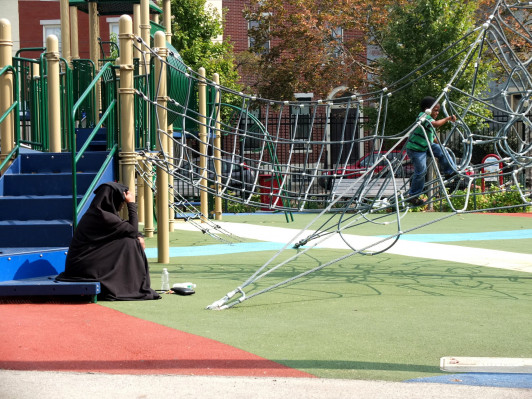 Any law professor or instructor who is contemplating teaching a social justice  video production course or any public interest lawyer who is thinking of producing visual social justice advocacy videos should consider creating a gallery of still and moving images, sometimes referred to as b-roll or supplementary images, to illustrate people, places, things, events, concepts, and emotions mentioned by an interviewee or narrator and to cover up or smooth over glitches, rough transitions, and gaps in the main footage.

At the very least, you’ll want to have at the ready photos or footage of city hall, the courts, police stations, jails, prisons, other buildings and vehicles connected with the criminal justice system; hospitals and ambulances; parks and recreation facilities, and area landmarks (the skyline, monuments, bridges, etc.), with and without human inhabitants, that are likely to be relevant to many social justice topics. They can be identified well in advance, captured or purchased, and stored until needed.

The term “stock images” is typically used to refer to stills and footage of historical or contemporary people, places, and events that were previously captured and are available for sale or licensing by a film library or archives.  The details of the transaction and the cost of acquisition of the images vary with the copyright attached to them, i.e., rights-managed, royalty-free, creative commons, or public domain.  (There will be more on this in a later post.)  Corbis and Getty Images are the largest commercial purveyors of stock images.  Stock images may be a necessity if the subject is historical.  Stock images save time and effort.  They can be expensive, however.

Use of stock images in visual legal advocacy can be tricky.  Intended for commercial or quasi-commercial purposes, most stock images seem staged or inauthentic, and not particularly interesting or arresting.  Easily read stereotypes and clichés are unavoidable.   I find the people in artistic stock too perfect and the backgrounds or contexts, too generic and antiseptic if not missing altogether.  Editorial stock, on the other hand, may be too specific and give a false impression of actuality.  Paul Frosh has a wonderful essay on the limitations of stock photography produced by digitized visual content industry in Image Ethics in the Digital Age edited by Gross, Katz and Ruby. 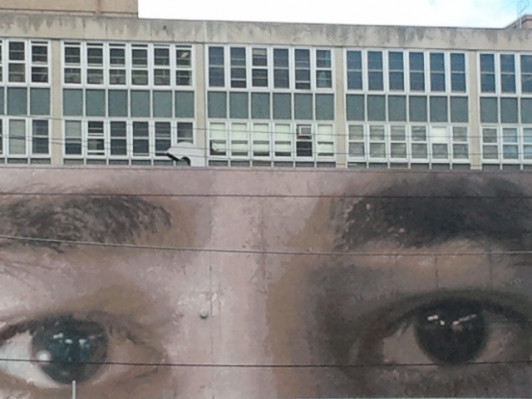 So every year, early in the semester, I give the students enrolled in my visual legal advocacy seminar an assignment to capture with their cellphones and digital cameras still images that relate to the topics the class will be working on.  The images are uploaded to a shared folder or gallery on a file sharing service.  The photo assignment starts the students thinking about how they will tell a legal story with pictures.  Hopefully, it awakens a creative spark that will carry over to their filming.  In addition, when the students get around to editing, they never have enough such supplementary images.  Late in the term, the students, the facilitators who work with them, and I generally have to scurry about the city to get the additional stills and video footage needed to complete the project.  The photo gallery eases the shortfall.  Thus, the photo assignment contributes to our own DIY stock image library that increases with each new class.

Some of the images the students produce have documentary value but little else.  They are not particularly thought-provoking and are unlikely to sustain the engagement of the audience in the narrative of their short advocacy films.  In giving the assignment, I struggle to explain what the students should be looking for when they take to the city with their cellphones and digital cameras.

Exposure to street photography, however, has given me a new vocabulary with which to describe the assignment. Striving to satisfy some of the characteristics associated with street photography should enliven the students’ DIY stock images.

Street photography is a hot topic at the present time, in part because of the interest in Vivian Maier.  Vivian Maier worked as a nanny, but in her free time she was a prolific and by many estimates accomplished street photographer.   Her prolific photography career occurred between 1950 and the late 1990s.  She died in 2009 at the age of 83 in Chicago, IL.  Maier did not exhibit or share her work during her lifetime but has become something of a sensation in death.   A hoarder, she put prints, negatives, and undeveloped film in a storage locker for which she failed to make the payments late in her life.  The bulk of her work was purchased through serendipity by two men, John Maloff and Jeffrey Goldstein.  Maloff’s documentary “Finding Vivian Maier” is still playing in theaters.  The BBC documentary “The Mystery of Vivian Maier” can be accessed online.  There are at least five books of Maier’s images.  If you are interested in a documentary treatment of other street photographers, you can access “Everybody Street,” directed by Cheryl Dunn, online.  If you are interested in looking at a range of images by other photographers, check out Street Photography Now, edited by Howorth and McLaren. 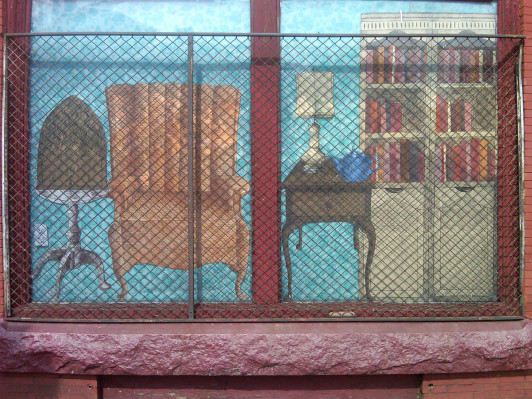 So what will I tell my students?  I would not dare attempt to define street photography or choose one definition from among the many floating about.  Based on the diversity of the work that I have seen characterized as street photography, I don’t think that any single definition will suffice.  I prefer to use the term “street vibe” which I associate with some of the adjectives that are used to label street photography.

Images infused with a street vibe are unposed, candid shots (1) of everyday or routine activities that occur in urban spaces open to the public; (2) that stop or arrest time and capture an enigmatic, quirky, humorous, ironic, poignant, beautiful, or unpredictable moment or an instant/instance of strange juxtapositions; or (3) that suggest a relationship between the parties or a narrative that may or may not be true but in any case speaks to the drama or magic of the urban milieu.  There is a great deal going on in plain view in public places in cities.  The sidewallks alone serve “as sales floor, promenade, meeting point, jogging route, eating space, … playground, recovery area, [and] workplace.” See Urban Code: 100 Lessons for Understanding the City by Anne Mikoleit and Moritz Pürckhauer for more ideas.   People’s faces and body language seemingly offer clues to their characters.  The world looks different when shot from inside buildings looking out than from outside buildings looking in.  Perspectives on the environment change when shooting low to the ground or up on high.  In wide angle, tableaus abound!  Street photography may not be intentionally reportage or social commentary, but it sometimes can be interpreted as such.  The images may be artistic, but that does not make them less a reflection of reality.

It might seem problematic to attempt to incorporate the artistic appeal of street photography images into a piece of visual legal advocacy which is conceivably a cross between documentary and news reporting or journalism.  Though there are limits, nothing requires that visual legal advocates eschew creativity or leave no room for interpretation or the exercise of imagination by the audience. 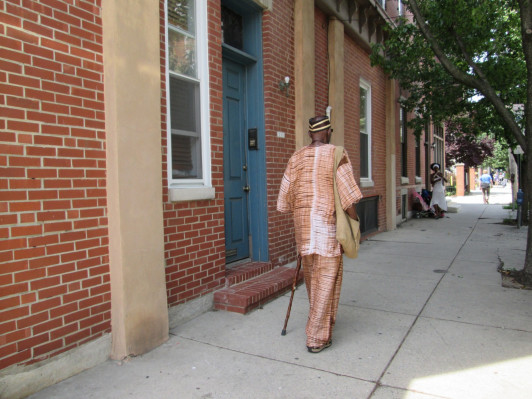 I do not believe that describing the DIY stock assignment in terms of the goals of street photography will alone change the images my students produce.  They are also likely concerned about the propriety of the practices many street photographers employ to get the shots they do.  Sticking a camera in someone’s face or surreptitiously filming someone in a public place and then disseminating the image broadly on the Internet or public access television raises legal and ethical issues that should disturb future legal practitioners.  These issues will be the subject of a future post.