“Nowhere to Run”: A Student Video on the Impact of Recreational Disparities on City Kids 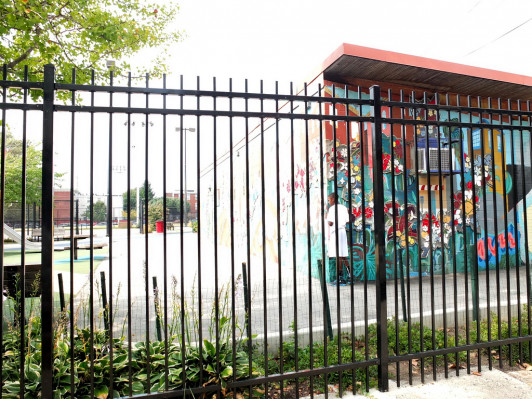 I have been interested in race, class and gender-based recreational disparities for some time.  Back in 1998, I wrote a law review article entitled “Not Just for the Fun of It!”: Governmental Restraints on Black Leisure, Social Inequality, and the Privatization of Public Space.”   I asserted that “discrimination in the siting of publicly owned leisure venues like parks, recreation centers, and pools, and disparities in the maintenance and staffing of facilities located in minority and poor enclaves are well-recognized phenomena.”  I went on to argue that leisure activities should be “viewed as an important integrated sphere of existence (like employment and housing) … [that is] worthy of sustained and committed defense” against inequitable state action.   In a review essay on the mega hit documentary “Super Size Me,” I broached the subject of restraints on leisure again in 2007, this time linking them to the difficulties that “the residents of poor minority urban communities may also have … [in] controlling their weight with exercise.”

Research for the latter article introduced me to the work of Shiriki K. Kumanyika, Ph.D and M.P.H., who is on the faculty of Penn’s Perelman School of Medicine.   An epidemiologist, Dr. Kumanyika is the founder and chair of AACORN (African American Collaborative Obesity Research Network) and the current president-elect of the American Public Health Association.  I was attending ACCORN’s bi-annual meeting in 2012 when it occurred to me that recreational disparities in Philadelphia (perhaps starting with swimming pools) or more generally barriers to exercise in unhealthy communities might make a good topic for a student video.  I knew that I had identified at least one possible expert for the video, Dr. Kumanyika.

After I presented the idea, three students enrolled in the VLA seminar–Allison Towle, L’13; Allie Kushner, L’13; and Lydia Fayal, L’14– figuratively picked up the ball and ran with it.  The result is “Nowhere to Run.”

Recent government cutbacks in the funding of physical education in schools, extracurricular sports, afterschool and summer programs, and public parks, playgrounds and recreational centers have increased disparities in recreational opportunities for city youth, with the impact being significant along the race, class, and gender divides.  This is true in Philadelphia and elsewhere in the nation.  The video considers the disparities and their impact on childhood and adolescent obesity, students’ success in school, and the avoidance of destructive behavior. In addition to Dr. Kumanyika, the directors interviewed a wide-range of informants who are interested in preserving and increasing recreational enrichment opportunities for urban young people, including Thoai Nguyen, CEO of SEAMAAC, an immigrant-founded social service agency with an extensive education program that benefits a multi-ethnic student population; Laura Bornfriend, Director of the Philadelphia Parks Alliance; Coach Mike Carpenter of the Christie Recreation Center in West Philadelphia which has a mural of some of its more illustrious alums; and State Representative Jordan Harris who previously served as executive director of Philadelphia’s Youth Commission.  “Nowhere to Run” maintains that an increased investment in recreational opportunities will improve the lives of urban youth and generate societal benefits that far exceed the costs.  As Pennsylvania State Representative Harris says, “[W]hen we begin to invest in our young people and they feel the investment, they’ll pay great dividends.”

A video like “Nowhere to Run” requires research, diligence, and creativity.  The student videomakers were more than up to the task. They produced a fine piece of visual legal advocacy, with a cogent argument and professional production values, from just a seed of legal academic writing.