Folks who are interested in nonfiction videomaking as a form of social justice advocacy (and as a source of employment) might not be aware of the extent to which criminal defense lawyers are making use of digital media to produce short nonfiction films on behalf of clients with regard to sentencing.  The same may be true of the criminal defense bar in general.  Though not quite as numerous as the settlement videos personal injury lawyers make, sentencing videos, or sentencing mitigation videos as they are sometimes called, are being employed with increasing frequency, according to my conversations with investigators from  federal defender offices across the country.

The sentencing videos to which I am referring are not YouTube videos of note-worthy defendants (mostly celebrities) being sentenced.  Rather, they are short, 8-to-10-minute character studies that suggest that the defendant is a better person than her or his paper record and crimes suggest and is accordingly deserving of a break at sentencing.

Good sentencing videos tell a good story, one that embodies the dynamic potential of human beings to suffer, err, grow, and change.  The defendant may have started life in bad circumstances (poverty, dysfunctional family, mental and social disability) which only got worse as the people and the institutions that should have protected and supported her or him in leading a law-abiding life failed to do so.  Or the defendant may have experienced as an adult a momentary lapse of judgment or a detour from the straight and narrow that was triggered by the loss of a loved one, a financial crisis, misplaced trust, etc.   For these and myriad reasons, criminal conduct followed, but through introspection, self-discovery, expressions of remorse and great effort, the defendant has turned or is turning her or his life around.

By the end of the most effective videos, the defendant is exhibiting signs (actions, not just assertions) of greater wisdom, maturity and responsibility, as well as the motivation to overcome limitations and obstacles that in the past led to criminal behavior (like reconnecting with family, studying for a GED, renewing religious faith).   Through the use of visual images, text and sound, sentencing videos are capable of presenting the defendant as a complex individual who cares about other people (who care about her or him too) and is therefore worthy of the sentencer’s regard, not just sympathy.  (Witnesses, hold your tears!  The sentencer should not feel manipulated.)

Most of the sentencing videos that lawyers and investigators have shared with me are composed of interviews with the defendant, her or his family members (including parents, spouses, partners and children), friends, neighbors, teachers, social workers, psychologists and clergy.  Supplemental images include family photographs, home videos, school portraits, shots of important locations, broadcast news footage, genograms or family trees, ecograms, timelines, and school and medical records.  The sound component of the videos conveys information about the language and speech patterns of the people in the defendant’s life and noises (ambient sounds and music) that are/were a part of her or his environment.  The sum total provides a mechanism for bridging cultural differences so as to enable the sentencer to better understand the defendant’s situation in a time-efficient manner.  It is the saving of judicial resources that keeps judges watching sentencing videos.

Very few sentencing videos are available for viewing on the Internet.  The proprietary interests of professional videomakers and the privacy interests of defendants and their supporters limit their presence online.  If a case raises social justice issues, there is a greater likelihood that the video will be broadly disseminated.  There is, for example a sentencing video that the Times-Picayune commissioned for Don Ayala, a private security contractor who pled guilty to the involuntary manslaughter of an Afghan national who poured fuel on and set alight an American female anthropologist who was working the U.S. military. 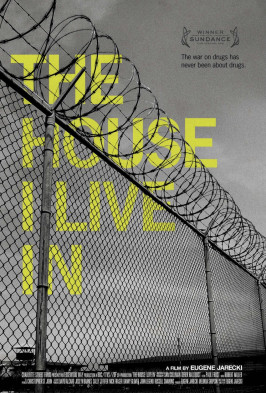 Most of the footage from a sentencing video made on behalf of Anthony Johnson, a young man from Yonkers who was charged with a drug offense in Vermont, is included in Eugene Jarecki’s documentary on the war on drugs, “The House I Live In.”

The sentencing video was directed by investigator Susan Randall.   Some of the interviews take place out of doors, on the concourse of the Yonkers housing project where the defendant grew up.  The defendant’s dad is interviewed on the beach near his home.  Streets and sidewalks may be the only suitable venue for recording interviews of the occupants of crowded urban apartments, but in this case the vérité nature of the footage opens up the video and effectively transports the sentencer to a location that is physically and socially removed from the New England courthouse where the defendant was awaiting sentencing.

Though sentencing videos tell stories about the human condition that are not uniquely relevant to the legal context or criminal justice process, the videos must satisfy some of the requirements of a legal document or exhibit, even if they are not introduced in a formal court proceeding.  For instance, sentencing videos are used to influence the charging decisions and sentencing strategies of the prosecution.  They are also submitted to the judge after a defendant has pled guilty and is awaiting sentencing.  The weight or value of sentencing videos used for these purposes depends on the same criteria such videos must satisfy for admission as evidence in court.   Thus, the content should pertain to defendant’s character, prior record, and the circumstances of the offense.  Furthermore, it should exhibit signs of reliability and avoid repetition. 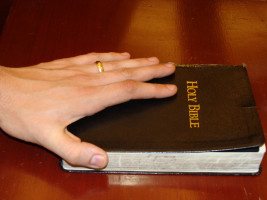 The fact that sentencing mitigation videos are hearsay and contain hearsay likely has the greatest negative impact on their ability to be persuasive.  Hearsay is basically secondhand evidence, the truth of which depends on the credibility of someone other than the speaker or presenter.  Sentencing video witnesses are unlikely to have sworn to tell the truth.   They may be unavailable or unwilling to testify in person or to be subjected to cross-examination.  But allowances and exceptions to the rules should be made to allow consideration of hearsay mitigation evidence in a broad range of criminal cases beyond those involving the death penalty where such allowances and exceptions are constitutionally mandated.  Hearsay is unavoidable given the span of time, geography and experiences a claim for sentence mitigation can cover.  The admissibility or value of the statements of a video witness who cannot or will not testify in person should depend on the nature of the excuse, the importance of the witness to the defendant’s claim of mitigation, and the availability of other means of challenging the witness’s credibility besides cross-examination.  Of course, the prosecution will have less to complain about if it is given access to the video before it is presented to the court, along with the names and contact information of the witnesses.

It is likely that more sentencing videos will be made as the criminal defense bar sees more of them and gauges for itself how effective they can be.  Quantitative assessments of their worth must await greater use.   For more information, read this extended primer on sentencing videos that I’ve written, available on the Penn Law website.