Skip to main content area Skip to institutional navigation Skip to search
« Back to The RuleOfLaw Post
interrogation and torture, The Méndez Principles • June 03, 2021

The Méndez Principles: Science Shows Interrogation is Too Serious for Amateurs 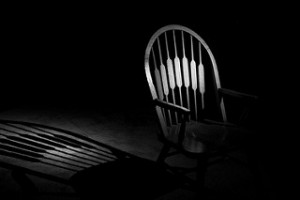 CERL is pleased to present this article (and the entire Just Security series) based on the newly-released Principles on Effective Interviewing for Investigations and Information Gathering, also known as The Méndez Principles. Named for Juan Méndez, the former UN Special Rapporteur on Torture who in 2016 called for the creation of a universal protocol for lawful and humane interviewing standards, the principles provide guidance on conducting non-coercive and rapport-based interviews with legal and procedural safeguards. CERL has been an advocate of Mr. Méndez’s call for the protocol and welcomed him as the keynote speaker at CERL’s 2018 conference on interrogation and torture.–Claire O. Finkelstein, CERL Academic Director

“The Méndez Principles: Science Shows Interrogation is Too Serious for Amateurs,” by Shane O’Mara, was originally published on Just Security.

(Editor’s note: This article is part of a Just Security series on the newly released “Principles on Effective Interviewing for Investigations and Information Gathering,” an expert-led initiative responding to a 2016 appeal to the U.N. General Assembly by then- U.N. Special Rapporteur Juan E. Méndez to develop such standards. The series outlines the origins and the scientific, legal, and ethical underpinnings of the guidelines, also known as the “Méndez Principles” in honor of its co-chair.)

The jumbled pop-culture image of detainee interrogation looks something like this: one-on-one, high-paced, kinetic, stressful, loud, with lots of shouting and threats; it involves entrapment, forced confessions, the divining of lies through the interpreting of facial micro-expressions or the use of lie detectors; interrogating “bad guys” requires extreme measures — basically torture; and then there’s the finale — bombs being defused just before they explode, excusing all that has gone before, because lives were saved and the mushroom cloud is again forestalled.

This picture owes lots to Hollywood imagination, but little to (scientific) reality.

The reality is that there is a fast-developing science of interrogation, and it is a science that utterly rejects the Hollywood fantasy in favor of empirical reality and moral probity. This science is built on an extensive body of empirical investigations and case studies, with roots deep in cognitive psychology and the psychology of memory, as well as social and clinical psychology, and in neuroscience, going back many decades. And this science works – and works demonstrably well. By works, I mean specifically that the information elicited is reliable and truthful, in quality and quantity, especially as compared with the improvised kinetic and coercive techniques devised on the fly by amateurs. And because it is science-based, it is self-correcting, evolving, and improving through time.

Let’s look at the contrasting pictures presented above, starting from a baseline assumption – that interrogators are seeking reliable and accurate information, and crucially, that this information is contained within the memory stores of the brain of the person being questioned. Memories are only storied in the brain – by definition, they can’t be anywhere else. Thus, to access the memories contained in the head of another person, we need a theory, a model, a heuristic to allow us to proceed.

One theory – a folk theory, nothing more – suggests that extreme stressors loosen tongues, and will do so reliably. This means using stress positions, shackling, deprivation (of food, warmth, liquid, sleep, respect), sensory overload (noise and bright lights), common assault, cramped confinement, waterboarding, and more. Thus, this theory requires you believe that imposing these extreme stressors will result, somehow, in the person being treated this way revealing the contents of the memory stores of their brains. And it requires that this treatment has, at worst, no effect on the functioning of their brain. This folk theory of memory couldn’t be more different from the scientific picture, and it is an utterly unreliable guide to interrogative practice.

By contrast, over the past decades, psychology and neuroscience have built a detailed picture of human memory and cognition: it depends on the integrity of certain brain structures, requires regular sleep, is failure-prone under duress and stress, and is affected in predictably malign ways by injury, starvation, sensory overload, deprivation, or even something as simple as dehydration. Probing memory requires delicacy and care, because how you probe someone else’s memory can change what they recall (and they won’t even know their memory has changed).

Waterboarding is the shackling of a detainee to a tilted table in the ‘Trendelenburg’ position. The Trendelenburg position was originally devised for surgical operations, with the head below the level of the feet; blood pooling in the brain, reversing normal orthostatic blood pressure; it is no longer in use, because of the choking dangers it poses to surgical patients. In waterboarding, a cloth is placed over nose and mouth (and perhaps the whole face), and water is poured on the cloth, blocking the airways. The airways fill up with water, and breathing becomes impossible. Drowning feels imminent. Then the questioning begins.

Does it work? Does waterboarding reliably elicit veridical information of quantity and quality (i.e. eliciting information the source believes is true and accurate)? Jane Meyer explains the recourse to waterboarding as follows: “…the Bush Administration did no empirical study. The policy seems to have been based on some combination of political preference and intuitive belief about human nature … top White House officials were utterly convinced that coercion was foolproof. John Yoo, …, said unabashedly, “It works – we know it does. The CIA says it does and the Vice President says it does.” (p. 119).

However, let’s step back and examine this a bit, and assume the goal is the maximum amount of accurate information recovery in the fastest time. Let’s also assume you’re not waterboarding someone because “…they deserve it anyway, for what they’re doing.” In other words, let’s assume good-faith motives on the part of the person seeking information, not a desire for punishment or gratuitous acts of sadism.

From this viewpoint or model or theory, you must predict the overwhelming stress of waterboarding will lead the person to telling you everything they know – without it having any effect on the memory systems of the brain (or any of the many other effects waterboarding has on the brain). However, the Senate Torture Report found that the “waterboarding technique was physically harmful, inducing convulsions and vomiting. Abu Zubaydah, for example, became ‘completely unresponsive, with bubbles rising through his open, full mouth.” And it was clearly explained by a medical officer present at the interrogation, “NO useful information so far… . He did vomit a couple of times during the water board with some beans and rice. It’s been 10 hours since he ate so this is surprising and disturbing.” To spell it out: this most extreme of stressors resulted in convulsions and vomiting — and yielded no useful information.

Here, we draw on empirical studies, principally from theoretical and experimental work in psychology and neuroscience. To be science-based means something important; it means being data-led, empirical, and theoretical, all at once. It means cleaving to a difficult discipline, where it is accepted that arguments for something might be good, but in the end, data are better, and you must be led by the data. And the discipline of science demands that you acknowledge that what you think or believe might be wrong. This means you stop thinking or believing it, even if it “feels” true.

Here’s one example: a large body of research indicates conclusively, and contrary to widespread belief, that “the nonverbal cues to deceit discovered to date are faint and unreliable and that people are mediocre lie catchers when they pay attention to behavior.” In other words, lies don’t leak through into behavior in reliable and meaningful ways. Similarly, the continued use of “lie detectors” relies more on institutional inertia and cultural misconceptions regarding the physiology and psychology of lying (as does the purveying of the latest generation of brain imaging devices as lie detectors), than it does on evidence, because the evidence shows these methods don’t work.

And what works? The answer is straightforward: rapport-based methods work. These methods repeatedly demonstrate a high and truthful information yield, and work despite interviewee resistance and psychological reactance (a motivational state where people resist social influence when they perceive their freedoms are threatened). During rapport-based interviewing, the interviewer is culturally aware, is properly prepared, engages in active listening, places individuals at ease, has a good ‘bedside’ manner, and couples these skills with excellent impulse control and high situational meta-awareness (they are good at reading changes in the interrogational environment). Rapport-based skills can be trained and successfully transferred across diverse cultural and institutional contexts.

Yet Many Still Believe Torture “Works”

We need to unpack what “works” means. Torture of the innocent and guilty alike is especially useful for spreading terror among the population at large. Torture is good at hardening communities against whom torture is practiced, further inflaming already terrible situations. The practice of coercive interrogations in Northern Ireland in the 1970s made a grim situation worse, motivating members of the public to become involved in paramilitary campaigns.

Torture is also especially effective at eliciting “confessions,” as has been evidenced through history. Examples abound, but here we can cite the condemning of witches via confession in the 16th century, or the supposed conspiracies by alleged spies in Eastern Europe in the 20th century: “a person that’s beaten will give the kind of confession that the interrogating agents want […] but it will never be possible to know the truth this way,” as Lavrentii Beria of the NKVD testified during a secret Politburo meeting in 1953. There are far too many other historical examples of such tragic confusion of confession-extraction with truth-seeking.

It is no accident that the “Méndez Principles” seek to break the reliance on confession-based interviewing. Since the main objective of professional interviewing is to discover the truth, distorting the investigative function with the pursuit of confessions does great harm. It rewards expedient methods that hurt and maim individuals, while at the same time damaging the investigation itself (arresting the innocent and leaving the guilty on the streets) and eroding public trust in institutions. Torture corrupts and corrodes everyone and everything it touches.

Furthermore, to prevent disastrous courses of action, public institutions should build in an ”evidence-based policy brake,” where thresholds for a policy decisions and actions must meet particular evidential, moral, and legal standards. If the countervailing evidence is against any likelihood of success, then there is the necessary backstop to ensure that a policy cannot go ahead. A process that incorporates countervailing evidence can help to avert a policy that is contrary to science, law, and morality.

Shane O’Mara (@ShaneOMara3) is the Professor of Experimental Brain Research at Trinity College, Dublin - the University of Dublin; he is a psychologist, neuroscientist, and writer.