Skip to main content area Skip to institutional navigation Skip to search
« Back to The RuleOfLaw Post
COVID 19, FISA • October 30, 2020 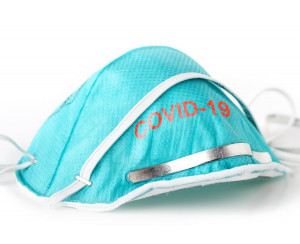 Mandatory contact tracing (“MCT”) has come to the fore as one of the most effective tools in the fight against COVID-19, and one that is sorely lacking in the United States. MCT programs require the ability to retrace the steps of any citizen, infected or not, to conduct ex post location tracking upon infection of both newly-infected persons and any persons they came into contact with. MCT programs have been successfully implemented in Singapore, China, Taiwan, Ireland, and Australia, among other countries, but the use of such a program in the United States would create cultural and legal hurdles distinct from those in other countries.

The two essential elements of any program are the processing of health data and the bulk collection of location data. Location tracking in particular raises sensitive Fourth Amendment concerns in the U.S. Supreme Court regarding both Jones’s “trespass” and Katz’s “reasonable expectation of privacy.” Because the quickest and most likely location tracking tools would use international mobile subscriber identity (IMSI) catchers or intercep cell-site location information (CSLI) using third-party service providers, Katz is more likely to be triggered here. The analysis below will lean on the “special needs” and “community caretaking” exceptions to justify such collection, using the Foreign Intelligence Surveillance Act (FISA)—which has empowered similar data collection in the past—as a blueprint for a hypothetical MCT program.

Notably, the “third-party doctrine”—holding that people who voluntarily give information to third parties have no reasonable expectation of privacy—could have been used to justify this program in the past. However, in Carpenter, SCOTUS eliminated the use of “third-party doctrine” as a Fourth Amendment workaround to collect CSLI. The Court’s opinion did retain an unspecified amount of leeway for unique scenarios, but because the Court did not explain any further than that, this analysis will exclude its use and return to the exceptions offered above.

The community caretaking exception recognizes the need for officers, serving as community caretakers, to perform a warrantless search to ensure public health. The exception only applies to conduct that is “totally divorced from the detection, investigation, or acquisition of evidence relating to the violation of a criminal statute.” The tasks, however, must be narrow in scope and duration. Reviewing courts’ narrow rulings on this exception tend to indicate that the bulk collection of data would be hard pressed to find complete justification within this exception, but its use in conjunction with other exceptions could help pack a legal argument with as many positive facts as possible.

The special-needs exception on the other hand applies when special needs, beyond the normal need for law enforcement, make the warrant and probable cause requirement impracticable.

The exception has applied in cases when the purpose is not to further an ongoing investigation of “some specific wrongdoing” but rather to collect a large amount of data to be used at a later time, such as the collection of DNA data from those with certain convictions for use in future investigations

An MCT program with a non-criminal purpose is a qualified candidate for such an exception, but even where a special need is present the search must still be reasonable. Where this exception applies, the warrant and probable cause requirements are replaced with a balancing test that looks to the 1) nature of privacy interest; 2) character of intrusion; and 3) nature and immediacy of government’s interest.

Specific factors considered include (i) a balancing of the intrusiveness of the search against the expected government benefits and alternative methods; (ii) the stringency of administrative guidelines and authorization of the legislature; (iii) existence of judicial supervision; (iv) a preference for individualized searches as opposed to broad sweeps; and (v) the extent to which the search is distinct from law enforcement.

The administrative and judicial architecture created by FISA and the Foreign Intelligence Surveillance Court (FISC) continues to offer a clear roadmap through which we can navigate the requirements of these exceptions. Leveraging this oversight process, bulk collection, and ex post querying of the collected data—as would occur here—has received the judicial stamp of approval. This would also not be the first time a FISA/FISC look-a-like has been proposed to solve a novel data collection issue.

The FISC is composed of judges appointed by the Chief Justice of the Supreme Court and is highly secretive. The program takes extensive precautions to prevent improper access to sensitive information, both by conducting its proceedings in a locked room deep in the Department of Justice and through aggressive minimization procedures that mask identities of protected individuals unless absolutely necessary.

Through its purpose and procedures, FISA lowers the burden on the government to identify surveillance targets in the FISA application. FISA’s enhanced surveillance powers address the difficulties that exist exclusively in obtaining foreign intelligence. To protect Fourth Amendment privacy rights, FISA’s requirements ensure that surveillance under the act will only be used to obtain intelligence, meaning that it is not collected with the law enforcement purposes in mind. The importance of this distinction cannot be overstated. It is the most significant justification for the program’s legality and is a factor in both the community caretaking and special needs exceptions.

Applying the FISA model to an MCT program, there are several key elements that would ensure the program conformed with the demands of the Fourth Amendment and the special needs doctrine’s consideration of the nature of privacy interest, character of intrusion, and nature and immediacy of government’s interest.

First of all, there is a strong argument for an urgent government need. At its peak to-date, COVID-19 accounted for thousands of deaths each day. Thus far, we have been unable to contain the virus using alternative means. Nearly nine million citizens have been infected and more than 200,000 have died. Drawing a surveillance parallel, courts have found combatting terrorism to be an urgent objective of the highest order, helping to justify incidental collection of U.S. persons’ communications under FISA § 702.

The paramountcy of combatting a pandemic is reinforced by existing caselaw. As smallpox ravaged the nation, the U.S. Supreme Court declared that “the liberty secured by the Constitution of the United States….does not import an absolute right in each person to be…wholly freed from restraint….a community has the right to protect itself against an epidemic of disease.” While smallpox was a very different disease than COVID-19, courts have already recognized current public health concerns as a significant counterweight to established constitutional rights.

Additionally, there is no clear alternative means by which the government can obtain the data, as a successful MCT program requires such a high participation rate that collection on a volunteer basis only would likely be insufficient. The program would also have little chance of success if run by private entities because, privacy concerns aside, the provisions of the Health Insurance Portability and Accountability Act of 1996 (HIPAA) would impossibly complicate an effective program. Workarounds to those complications exist only through government entities using USA PATRIOT Act § 215’s records disclosure provision and HIPPA’s broad national security exception—an exception that does not require a court order.

Ideally, an MCT program would be instituted by an act of Congress and include certain sunrise and sunset provisions. This could mean the collection begins with either the declaration of a pandemic by the Centers for Disease Control and Prevention (CDC) or a vote of Congress, requiring congressional renewal every three months. This would follow the FISA Amendments Act (FAA) sunset provision model and provide a court with clear administrative guidelines and the authorization of the legislature. It would also establish a limited duration to buffer the argument for a community caretaking exception.

A highly confidential court mirroring that of the FISC could be established to approve the initial bulk collection warrant and manage individual identification requests, which is in line with FISA procedures that safeguard sensitive information and ensure authorized access. These procedures offer a clear structure of judicial oversight and additional administrative guidelines.

FISC-style guidelines could also require a demonstrated need for the identification of individuals and/or businesses, which works to further individualize the specific search, a preference in both the community caretaking and special needs exceptions. This process would model the querying process applied to the National Security Agency (NSA) for § 702 use. Approval for the unmasking of data could come only when it is reasonably likely to return urgent health concerns for those who came into contact with an infected person—language nearly identical to that in § 702. Language could also otherwise reflect FISA’s requirement for probably cause that a target is a “foreign power,” or an “agent of a foreign power,” requiring probable cause of infection.

Most importantly, access to data would be extremely limited and be available solely for public health purposes with no opportunity for use for criminal law enforcement purposes. This takes § 702’s prohibition on using data as evidence in a criminal proceeding a step further, prohibiting its use for any law enforcement purpose and providing a significant counterweight to the program’s use of sweeping collection.

One significant challenge would be in structuring a bulk individual identification approval process that could rule on potentially millions of positive tests that would subsequently need to be individually identified. While a solution could include establishing FISC-style courts on a state-by-state basis, routing all requests through state court equivalents, this would certainly complicate the legal justifications. Instead, it may be a worthwhile investment to recruit 200 on-call judges to govern a system that could save tens of thousands of lives in the next global pandemic. We have certainly made major investments in less pressing matters.

There is a strong argument for an MCT program, both practically and legally. Historically, this has been a mild pandemic, but if the predictions of melting ice or overpacked poultry farms exposing larger pandemics come true, an MCT program is a small price to pay. To the average American or congressperson, however, this may be too a big pill to swallow. There has been little political appetite for programs of this nature after the NSA bulk collection program was exposed in 2013, and the threat of pandemic may not be enough to change that—a court’s opinion notwithstanding.

Peter Neal is a 2L student at the University of Pennsylvania Carey Law School and was a CERL 2020 summer intern.