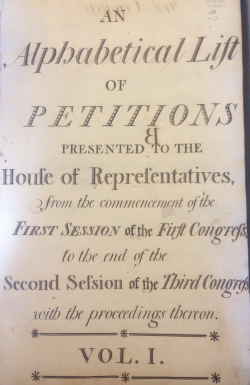 Figure 1. Petition docket book cover — first congress to third congress, 1789.has announced that the Congressional Petitions Database, which offers the first comprehensive look at the petition process within Congress and documents over 500,000 petitions submitted from the Founding until 1949, has been released for public use.

The project to make these critically important historical documents public began with Blackhawk’s vision in 2012 before she arrived at Harvard Law School as a fellow.

“Most directly,” said Blackhawk, “the database speaks to understanding of the First Amendment’s Petition Clause, and I have opened this line of inquiry in a 2016 publication in the Stanford Law Review, ‘Lobbying and the Petition Clause.’”

She first described the database in her 2018 publication in the Yale Law Journal, “Petitioning and the Making of the Administrative State,” and she has drawn on the database in subsequent publications, including a chapter for an edited volume by Cambridge University Press, Reforming Lobbying, and in her forthcoming article in the Columbia Law Review, “Equity Outside the Courts.”

“We have been toiling away on this database for many years,” noted Blackhawk, “along with the support of dozens of other graduate and undergraduate research assistants along the way.” 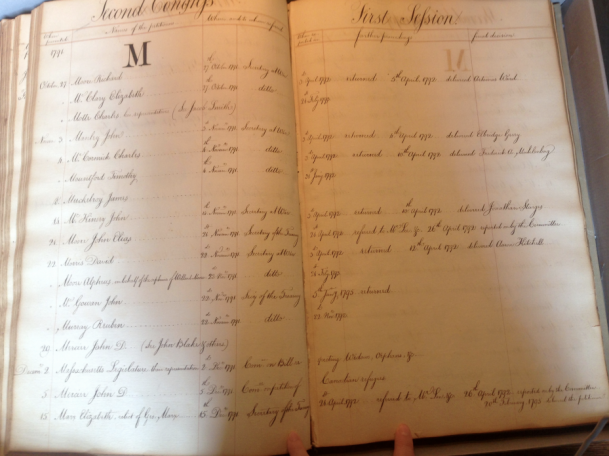 Blackhawk also announced the publication of “Congressional Representation by Petition: Voices of the Voteless,” an article in Legislative Studies Quarterly that is co-authored with her research team. This piece brings the database into the political science literature for the first time and documents how petitions of the unenfranchised, specifically women and Native Americans, were treated on equal procedural footing to other petitions.

This coming academic year or next, the research team will also launch a website highlighting the features of the database, exploring the data in greater detail, and likely providing online research tools. Until that time, however, the data are available for public use.