Skip to main content area Skip to institutional navigation Skip to search
« Back to The RuleOfLaw Post
Elections • August 14, 2020

Ballots are secure, knowledge on vote-by-mail is not 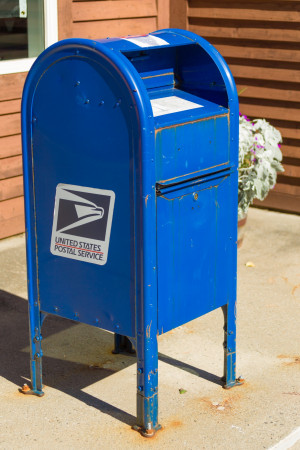 The COVID-19 pandemic has forced federal and local governments to weigh public health considerations against the accessibility of the ballot box. As Claire Finkelstein and Carrie Cordero noted in their recent commentary, many jurisdictions have turned to no-excuse absentee vote-by-mail as the mechanism to allow voters to safely participate in the democratic process during a deadly pandemic. Indeed, experts have expressly recommended increasing access to vote-by-mail so voters do not have to choose between health and exercising their rights. There is a growing chorus of politicians and pundits, however, who claim that mail-in voting will be hijacked by those intent on undermining the integrity of U.S. elections. Such claims are inaccurate and unsubstantiated. Experts concur that vote-by-mail does not lead to widespread ballot fraud. In fact, the strong security measures designed to prevent ballot fraud are liable to result in the rejection of many ballots from voters who fail to adhere to exact instructions. Lawmakers can avert potential voter disenfranchisement and ensure the validity of the November election by educating the American public on how to navigate the complex security measures embedded in the vote-by-mail process.

During an interview with The New York Times Magazine on June 1, 2020, Attorney General William Barr expressed concern that implementing a robust vote-by-mail system would render the United States vulnerable to exploitation by foreign actors: “We’ve been talking about how, in terms of foreign influence, there are a number of foreign countries that could easily make counterfeit ballots, put names on them, send them in. And it’d be very hard to sort out what’s happening.” On June 22, 2020, President Trump tweeted, “RIGGED 2020 ELECTION: MILLIONS OF MAIL-IN BALLOTS WILL BE PRINTED BY FOREIGN COUNTRIES, AND OTHERS. IT WILL BE THE SCANDEL [sic] OF OUR TIMES!” In June, President Trump’s reelection campaign also filed a lawsuit in Pennsylvania challenging the state’s use of vote-by-mail drop boxes, and just this week a federal judge ordered the Trump campaign and the Republic Party to produce evidence of vote-by-mail fraud by today. President Trump has since suggested that the election should be “delayed” due to the possibility of fraud in a mail-in system. Local politicians have also expressed ballot security concerns. For example, Mississippi Secretary of State Michael Watson opposed expanding vote-by-mail in the upcoming election, citing concerns about fraud and a commitment to “protect the integrity of the election process.”

Yet the historic record shows that jurisdictions can adopt vote-by-mail without significant risk of ballot fraud. Vote-by-mail has been used regularly for decades by military and government personnel overseas in addition to those at home unable to vote in person. This system has grown in sophistication and complexity since it was first used by 150,000 Union soldiers to vote absentee from the battlefield in the 1864 presidential election, but it remains a safe and secure means of voting with an extremely low rate of fraud or irregularity. As a recent Washington Post analysis concluded, there were only 372 cases of potential fraud in 2016 and 2018 out of the total 14.6 million ballots cast. That is a rate of only 0.000025%—nearly zero.

Contrary to suggestions that mail-in ballots can be easily reproduced and counterfeited, the physical characteristics and printing methods of the ballot and envelope would make that task extremely difficult. Each state or locality sets its voting rules and the means of voting, including the ballot format. Ballots, like money, are printed on special fraud-resistant paper, with particular size, thickness, weight, texture, color, and formats made to exact specifications. Furthermore, the paper is impressed with unique identifiers, such as watermarks, that certify it as an official ballot. Ballot envelopes contain many of the same anti-fraud protections, with some jurisdictions including unique bar codes on the envelopes to help efficiently process ballots.

In every state, vote-by-mail ballots are authenticated to make sure they belong to the intended eligible voter. In most states, the process of authenticating absentee ballots begins before ballots are even sent to voters. Forty-one states authenticate the identity of the voter once a request for an absentee ballot is received. This is accomplished by comparing information provided in the absentee ballot application against the voter registration record. Some states supplement this by conducting signature verification or requiring a copy of a valid photo ID before mailing a ballot to the voter’s address.

Every jurisdiction has its own mechanism to verify voter ballots on the back end. The most common authentication method requires voters to sign an affidavit on the ballot envelope, although voters in some states must attach or enclose proof of identity with their ballot. Certain states require the voter to attach a copy of a photo ID or notarized signature while others require a witness signature in addition to the voter’s signature. Election officials, sometimes assisted by technological aids, conduct signature verification by comparing the signature on the ballot envelope to documents on file, such as the voter registration record or driver’s license. If a discrepancy between the signatures is found, 19 states provide voters with an opportunity to “cure” their signature. If a signature is not cured, the ballot is rejected.

As important as these safeguards are to preserving the integrity of the upcoming November election, these same safeguards may in fact create a heightened risk for voter disenfranchisement. In many states, there is a clear lack of transparency and knowledge regarding vote-by-mail guidelines, underscoring the need for a robust voter education campaign. A significant number of voters will be casting a ballot by mail for the first time, which has the potential to lead to heightened voter errors and widespread rejection of ballots. Educating voters on how to adhere to strict absentee rules will thus play an integral role in preventing voter disenfranchisement this fall.

Wisconsin’s 2020 primary election made it painfully apparent how problems arise when a dramatic expansion of vote-by-mail is not accompanied by a corresponding public education campaign. 12,710 Wisconsin voters were never sent a ballot by the submission deadline. Furthermore, 2,659 ballots were rejected for missing the deadline even after a judge’s six-day extension allowed 79,000 late ballots to be counted. More than 23,000 votes were thrown out for missing at least one administrative requirement, including 14,000 for missing witness signatures.

Unfortunately, Wisconsin’s primary was not unusual in its failure to successfully adapt voting practices to the unique circumstances of the COVID-19 pandemic. Indeed, throughout the country, mail-in ballots are being systemically rejected due to simple procedural errors on the part of voters, such as failure to provide required witness signatures or copies of ID or discrepancies between the signatures on a ballot and the signature the voter used for registration. Georgia experienced a similarly fraught primary election that saw overwhelming absentee requests and widespread failure to adhere to specific ballot instructions. In Georgia’s Macon-Bibb county, over half of absentee ballots included at least one race where the voter’s intent was not clear, either because of stray marks or unfilled circles on the ballot. In response to reporting of these difficulties, County Chairman Mike Kaplan said, “The majority of problems with absentee ballots were people who were voting that way for the first time.” Michael McDonald, professor of political science and voter data expert at the University of Florida, stated, “You’re asking folks to do something new, and whenever you try to do something new in the midst of unprecedented demand, you’re going to have problems.”

While ballot rejections for administrative irregularities are not a new phenomenon, the exponential increase in mailed-ballot use in 2020 means the potential ramifications of significant rejections are graver than ever. Ahead of the November election, there must be a greater focus on educating absentee voters about the nuanced requirements to successfully cast their vote in order to minimize the number of rejected ballots. The United States Post Office has also advised that election boards “immediately communicate and advise voters to request ballots at the earliest point allowable but no later than 15 days prior to the election date.” While the front line responsibility to educate the public on vote-by-mail guidelines logically lies with the local jurisdictions administering them, state and federal officials are well placed to support and assist, especially given their wide communications platforms and potential ability to direct funding to those front lines.

As more jurisdictions rely on vote-by-mail as a response to the COVID-19 pandemic, the security of vote-by-mail has come under increasing attack. Despite the claims of high-profile politicians and media personalities, the evidence simply does not support claims that mail-in voting poses a real threat to U.S. election security. State and local governments have already instituted measures to counter, identify, and deter election fraud, but voters may not be aware of them or the specific requirements for voting by mail in their jurisdictions. If the lawmakers who have raised the prospect of manipulated election results are genuine in their concerns about election security, they should stop focusing on ballot fraud, and start educating voters on how to vote by mail effectively. Voter knowledge is one of the most powerful tools our society has for securing the legitimacy of this election.

Alana Sheppard and Robert Stoffa are J.D. candidates, Class of 2022, at the University of Pennsylvania Carey Law School. Ashley Fuchs is a political science and classical studies double major at the University of Pennsylvania’s College of Arts and Sciences and a Benjamin Franklin Scholar. All three authors are 2020 summer interns at the Center for Ethics and the Rule of Law.