Skip to main content area Skip to institutional navigation Skip to search
« Back to The RuleOfLaw Post
FISA • July 23, 2020 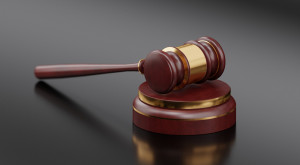 Although memories fade, there are still those of us who remember the remarkable congressional hearings in the 1970s revealing an endless parade of abuses conducted by the nation’s intelligence services at the direction of the president in the name of national security. “COINTELPRO,” “MKULTRA”—the names may not mean much today—but those programs, and others like them, are symbolic of an era in the conduct of intelligence surveillance where the Executive Branch operated with unfettered discretion. The identified abuses led directly to congressional enactment of the Foreign Intelligence Surveillance Act (FISA), but the resulting protections—and their value to the nation—placed on the intelligence services are now being questioned by prominent critics at a time when such checks and balances are more important than ever. On May 29, 2020, for the second time in as many years, The Wall Street Journal (WSJ) called for the abolition of the Foreign Intelligence Surveillance Court (FISC). (It also called for the elimination of the FISC in July 2018 in an editorial written by William McGurn.) Following the WSJ’s recommendation would represent a serious mistake and overreaction to the disclosures of the FBI’s malfeasance in connection with its own FISA application processes.

In its most recent plea to abolish the FISC, the WSJ’s editorial board points directly to the report of the Department of Justice’s Inspector General exposing serious errors in the FBI’s FISA application process. The editorial board then mistakenly moves from the demonstrated problems with those internal FBI FISA processes to insist that “the FISA court process dilutes accountability” regarding the FBI’s mishandling of those Carter Page FISA applications and impedes the needs of the executive branch “to be able to surveil suspected terrorists, often without delay.”

But the unbroken segue the WSJ offers as proof that the FISC must be abolished is not accurate. The current debate over FISA “reform” has never included the concern that the “FISA court” process unduly delays the ability of the executive branch to surveil suspected terrorists. In fact, FISA specifically permits the Attorney General to authorize “emergency electronic surveillance” for up to seven days providing ample time for the FISC to receive and act upon a FISA application subsequently submitted in connection with a terrorism investigation. Insisting that the FISC’s involvement hampers the ability to surveil terrorists is misleadingly inaccurate.

Nor did the “FISC process” play any role in the travesty reflected in the FBI’s handling of the Carter Page FISA applications. While the report delivered by Justice Department Inspector General Michael Horowitz rightfully excoriates the FBI’s FISA application procedures, the report never cites a single failure attributable to the FISA statute itself. It was the failure of the FBI to properly execute the requirements of FISA, and its own internal procedures designed to insure compliance with FISA, that produced the multitude of mistakes identified by Inspector General Horowitz.

The FISA statute is a product of the revelation of executive branch abuses following Watergate and the congressional hearings on intelligence activities conducted in 1975-76. The first limits on executive discretion to conduct electronic surveillance ostensibly for national security purposes emanated from a Supreme Court decision in 1972 in which the Court concluded that electronic surveillance conducted domestically, even for national security purposes, required a judicial warrant. That Supreme Court decision, in what came to be known as the Keith case, was simply a judicial preamble to the parade of unhygienic activities carried out by the nation’s intelligence services and outed during the dramatic hearings conducted in each chamber of Congress by committees operating under the chairmanships, respectively, of Senator Frank Church and Congressman Otis Pike. Those committees are the direct antecedents of today’s congressional intelligence committees.

Among the intelligence collection programs revealed during those committee hearings were two electronic surveillance activities conducted by the National Security Agency, Projects Minaret and Shamrock. Both of these programs were implemented solely by the executive branch, with neither warrants nor judicial or congressional oversight of any kind, and operated for years collecting the communications of American citizens.

FISA was a direct response to the concerns raised by programs like Shamrock and Minaret, and a congressional response to the Keith decision requiring judicial warrants for any electronic surveillance conducted in the United States—even for national security purposes. In fashioning FISA, Congress was acutely aware that electronic surveillance for national security and foreign intelligence purposes involved uniquely vulnerable intelligence sources and methods, and demanded a judicial review process commensurate with the protection of those sources and methods. The legislative solution for this delicate balancing of oversight and security is the Foreign Intelligence Surveillance Court.

The WSJ editorial board now urges that we abandon a process that for the past four decades has injected an element of judicial review into the conduct of foreign intelligence surveillance in the United States. Contrary to the assertion of the editorial board, the FISC does not represent an executive abdication of responsibility for electronic surveillance, but rather a constitutionally mandated interposition of a neutral magistrate into the surveillance process. From a separation of powers perspective, the purpose of the FISC is to insure that the executive branch, which is charged with executing such electronic surveillance as is necessary to protect the national security, performs its duties consistently with the rights guaranteed in the Constitution to all those surveilled.

If, as the WSJ’s editorial board demands, Congress were now to eliminate the oversight provided through the FISC without creating an alternative that furnishes a comparable mechanism for protection of constitutional liberties against executive overreach, such an effort is likely to encounter serious judicial headwinds based on Keith. Indeed, Keith suggests that the Supreme Court, even as currently constituted, is unlikely to lend its imprimatur to the return of unfettered executive discretion in the conduct of electronic surveillance directed against U.S. citizens, even for foreign intelligence purposes.

The FISC exists solely to insure that electronic surveillance conducted for foreign intelligence purposes is undertaken consistently with the requirements of the FISA statute and with constitutional guarantees. Buffeted from one end of the political spectrum by calls for greater transparency in FISC proceedings, and from the other by the WSJ’s demand for the abolition of the FISC itself, we should not ignore that the FISC performs the often awkward, at times unpopular, and indisputably difficult balancing of national security considerations and civil liberties—a balance often ignored by the executive branch and intelligence agencies in the not too distant past. The WSJ’s editors should recall, as George Santayana observed, “Those who do not remember the past are condemned to repeat it.”

These are troubling times for all those who appreciate both the delicacy of the nation’s intelligence operations and the importance of protecting civil liberties in those efforts. But the national debate generated by the revelations of the FBI’s broken FISA application process should not endanger an institution like the FISC which for 40 years has credibly provided a judicial buffer against potential executive overreach in the electronic monitoring of citizens and, in doing so, has shown the world how a democracy can successfully balance its security needs with the civil liberties of its citizens.

George W. Croner is a senior fellow at the Foreign Policy Research Institute (FPRI) in the Program on National Security and was the principal litigation counsel in the Office of General Counsel at the National Security Agency (NSA). He is a member of CERL’s Advisory Council. @GeorgeCroner