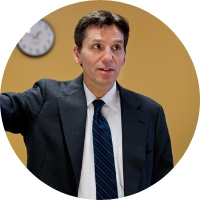 Apple won a major legal victory against European antitrust regulators as a European court overruled a 2016 decision that ordered the company to pay $14.9 billion in unpaid taxes to Ireland.

Professor Sanchirico comments, “The decision, which can be appealed to the European Union’s top court, is a setback for the region’s efforts to clamp down on what the authorities there believe is anticompetitive behavior by the world’s largest technology companies. Google and Amazon have other court appeals pending as they seek to overturn decisions that they broke European competition laws.

The European Commission’s legal action against Apple’s tax shelter was based on the EU legal doctrine of “state aid”, which was never really the right tool for the job. It was always a square peg for a round hole. But that should be no solace for US multinationals like Apple. The EC has been working hard in the years since that action was initiated to round off the peg. Apple—and Google, Amazon, and others—are not out of the woods, as they should not be. The EU—with all those people and all of that GDP–means business.

We see Apple and other US multinationals agreeing that some kind of multilateral change to international tax rules is necessary and welcome—even though they are the prime beneficiaries of the current extremely porous regime. This should be taken as an indication of they which way these MNE’s feel the wind is blowing. And they have a better sense than anyone for how these particular trade winds blow.

It’s not entirely surprising that the EC lost the Apple-Ireland case. The way the particular law is written, the EC needed Ireland’s cooperation to successfully prosecute the case. They needed Ireland for evidence. But Ireland was always in on it, and had no interest in cooperating.”