The University of Pennsylvania Carey Law School facilitates a cross-disciplinary educational approach to the law through deep connections with the University’s sister schools. Through its partnership with Penn’s School of Arts and Sciences, Penn Law offers dual degree and certificate programs in criminology, environmental studies, American legal history, international studies, and philosophy and allows students to engage in rigorous discourse with scholars in virtually all fields of study.

This article is part of a series that features distinguished faculty members who hold joint appointments in the Law School and the School of Arts and Sciences. Each of these professors has made invaluable contributions to the University and to scholarship by extending beyond disciplinary boundaries to advance unique areas of research. 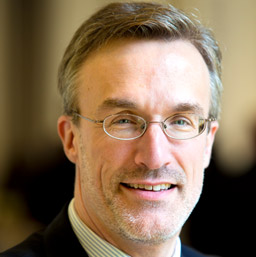 Edward B. Shils Professor of Law Cary Coglianese holds a joint appointment as Professor of Political Science at the School of Arts and Sciences. He also serves as the Director of the Penn Program on Regulation and is a former Deputy Dean of the Law School.

Coglianese specializes in the study of administrative law and regulatory processes, with an emphasis on the empirical evaluation of alternative processes and strategies and the role of public participation, technology, and business-government relations in policy-making. He has recently written on climate change policy, the use of artificial intelligence by government agencies, and voluntary environmental programs.

Coglianese’s research has been published in prominent law reviews and journals. His books include Achieving Regulatory Excellence (Brookings, 2016) and Regulatory Breakdown: The Crisis of Confidence in U.S. Regulation (University of Pennsylvania Press, 2012).

Coglianese was a founding editor of the peer-reviewed journal Regulation & Governance. He also founded and serves as faculty advisor to The Regulatory Review. He teaches classes in administrative law, regulatory law, and environmental law. 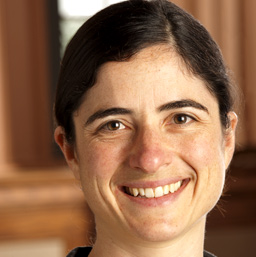 Sophia Z. Lee is a Professor of Law and History whose scholarship synthesizes constitutional and administrative law. She is also a former Deputy Dean of the Law School.

As a legal historian, Lee has written about administrative agencies’ role in shaping constitutional law; civil rights and labor advocates’ challenges to workplace discrimination during the early Cold War; and conservative legal movements in the post-New Deal era. Her book, The Workplace Constitution from the New Deal to the New Right, was published in 2014 by Cambridge University Press.

In her new article, “Our Administered Constitution: Administrative Constitutionalism from the Founding to the Present,” published by the University of Pennsylvania Law Review, Lee illuminates the long history of agencies exercising an important but overlooked power: interpreting the Constitution with little oversight from the Courts, Congress, or the President.

Lee’s courses at the Law School include Administrative Law, Black Lives Matter in Historical Perspective, and History of Privacy and the Law. 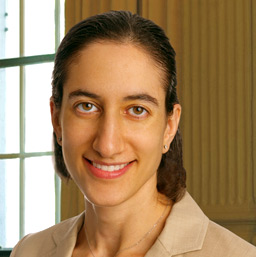 Professor of Law and History Serena Mayeri joined the University in 2006 as an Associate Professor. Her scholarship focuses on the historical impact of progressive and conservative social movements on legal and constitutional change.

Mayeri’s book, Reasoning from Race: Feminism, Law, and the Civil Rights Revolution (Harvard University Press, 2011) received the Littleton-Griswold Prize from the American Historical Association and the Darlene Clark Hine Award from the Organization of American Historians. Her current book project, tentatively titled The Status of Marriage: Marital Supremacy Challenged and Remade, 1960-2000, examines the history of challenges to marriage’s primacy as a legal institution and a source of public and private benefits.

Mayeri teaches courses in family law, employment discrimination, gender and the law, and legal history. She was named a Distinguished Lecturer by the Organization of American Historians in 2016 and received the Robert A. Gorman Award for Excellence in Teaching in 2019. 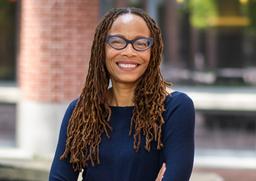 Dorothy E. Roberts joined the University of Pennsylvania as its 14th Penn Integrates Knowledge Professor. She holds joint appointments in the Departments of Africana Studies and Sociology and the Law School where she holds the inaugural Raymond Pace and Sadie Tanner Mosell Alexander chair. She is also founding director of the Penn Program on Race, Science & Society in the Center for Africana Studies.

An acclaimed scholar of race, gender, and the law, Roberts’ pathbreaking work in law and public policy focuses on the urgent contemporary issues in health, social justice, and bioethics, especially as they impact the lives of women, children and African Americans. Her most renowned books include Fatal Invention: How Science, Politics, and Big Business Re-create Race in the Twenty-first Century (New Press, 2011); Shattered Bonds: The Color of Child Welfare (Basic Books, 2002), and Killing the Black Body: Race, Reproduction, and the Meaning of Liberty (Pantheon, 1997). She has published well over 100 scholarly articles, essays, and book chapters.

Roberts serves on the board of directors of the American Academy of Political and Social Science and was recently elected to the National Academy of Medicine.