Allison Hoffman offers her perspective on Little Sisters of the Poor v. Pennsylvania 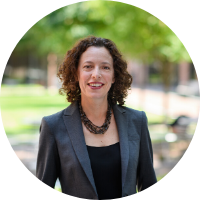 The Supreme Court issued an opinion in Little Sisters of the Poor v. Pennsylvania that on its face undermines the ACA’s contraceptive coverage mandate in a way detrimental to women’s health and women’s rights. Yet this opinion may not be the final word from the Court on this mandate. The majority opinion, written by Justice Thomas and joined by six other Justices (excluding Justices Ginsburg and Sotomayor), is relatively narrow in scope. Justice Thomas writes that according to the language of the ACA, the Health Resources and Services Administration (HRSA) has the authority to decide both the context of (the what) and the reach (the who) of the ACA’s Women’s Health Amendment (WHA), including contraceptive coverage requirements for employers. The Trump Administration regulations that were the issue in this case created broad exemptions from the contraceptive coverage mandate, including for any employer, including publicly-traded corporations, with religious objections and for most employers but excluding publicly-traded corporations with moral objection. Justice Ginsberg’s dissent, joined by Justice Sotomayor, cautions that as many as 126,400 women of childbearing age could lose contraceptive coverage previously available to them.

Maybe the most interesting part is the concurrence written by Justice Kagan and joined by Justice Breyer that describes why this opinion might not be the last word the Supreme Court has on this issue that is already making third appearance (earlier Burwell v. Hobby Lobby and Zubik v. Burwell). Justice Kagan emphasizes that the Court remanded the case to the lower courts, who can address whether the Trump Administration’s regulations are arbitrary and capricious. This concurrence as well as the dissent offer plenty of reasons why the regulations could fail this test.

In the meantime, as the rule’s long-term fate remains in limbo, this week’s decision lifts the injunction that kept it from going into effect. One thing to watch for is whether any publicly traded corporation tries to rely on the exception and on what grounds it bases a religious objection.