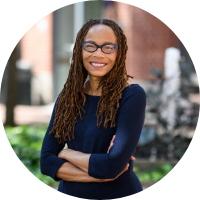 The U.S. Supreme Court’s decision today in June Medical Services v. Russo, striking down an oppressive Louisiana anti-abortion rights law, is a major victory for reproductive justice in America. The law’s requirement that doctors performing abortions have admitting privileges at nearby hospitals mimicked the Texas statute the Supreme Court invalidated in its 2016 decision in Whole Women’s Health v. Hellerstedt and was the Court’s first test of abortion rights since the appointments of Justice Neil M. Gorsuch and Justice Brett M. Kavanaugh. The Louisiana law was aimed at closing down clinics and the federal judge who originally held it was unconstitutional found it would have left only one doctor available to provide abortions in the entire state. The Court upheld the federal district court’s rejection of Louisiana’s bogus claim that admitting privileges were necessary to protect women’s health. In fact, the law singled out abortion for medically unnecessary restrictions that provided no health benefits while delaying or denying pregnant people—disproportionately from poor, Black, and Brown communities—access to critical health care. The Court’s decision is crucial precedence for judging the constitutionality of more than 400 laws passed by state legislatures deliberately designed to put insurmountable obstacles in the way of women’s health and human rights.