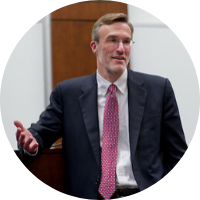 Today, the U.S. Supreme Court inched closer to a full-fledged repudiation of Congress’s power to create so-called independent agencies in the administrative state—stepping up to the edge, but not yet taking the full plunge. Chief Justice Roberts declared in his majority opinion that “we do not revisit … precedent today.” But the logic of his opinion suggests that the Court could well revisit precedent in the future. The Court may well be on a path to eliminate the independence of major federal agencies such as the Federal Reserve, the Federal Trade Commission, and other agencies headed by multiple members or commissioners who are protected from at-will removal by the President.

This is a case where Congress loses some power, and the President scores a point in the separation of powers game. But that game is not entirely over, as the Court has narrowly applied its holding in Seila Law to to the distinctive (and nearly unique) situation of a single-headed regulatory agency where Congress insulated the Director from unconstrained removal by the President. The Court went to great lengths to emphasize how the CFPB’s structure, with the agency headed by a single administrator, differs from the structures of other agencies in the past—multi-member commissions—where the Court has in the past upheld Congress’s ability to place limitations on a President’s ability to remove agency heads.

Given how President Trump has already been able to exert political power over the CFPB during this administration, the immediate practical effects of this decision will be limited. In addition, the Court today also held that Congress’s unconstitutional limitation on removal could be separated from the rest of the provisions of the relevant statute (the Dodd-Frank Act), such that the CFPB’s rules and decisions remain fully in effect. Yet despite the limited immediate effect this decision may have, in the longer term the parts of Chief Justice Roberts’ opinion indicating that presidential removal power is the rule, not the exception, will mean that litigation pressure on good-cause protections at multi-member commissions will remain. And the future of agency independence in the administrative state remains in doubt. 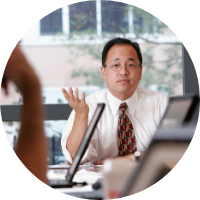