Skip to main content area Skip to institutional navigation Skip to search
« Back to The RuleOfLaw Post
COVID-19, Freedom of Information Act (FOIA) • May 11, 2020

The federal response to COVID-19 shows why FOIA needs reform 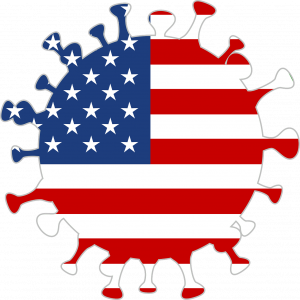 When Congress passed the Freedom of Information Act (FOIA) in 1966, it intended to create a mechanism for civilian oversight—a way for the American people to hold the administration accountable by enhancing transparency. But FOIA has a loophole: while the law encompasses the Executive Office of the President (EOP), it makes no explicit mention of the National Security Council (NSC)—the entity charged with the responsibility to “advise the President with respect to the integration of domestic, foreign, and military policies relating to the national security so as to enable the Armed Forces and the other departments and agencies of the United States Government to cooperate more effectively in matters involving the national security.” Appellate courts have since ratified this practice by holding that Congress never intended for the law to extend to the NSC, despite the fact that the NSC falls within the EOP. Those appellate court opinions have established a firm precedent barring FOIA requests from applying to the NSC.

Congress should amend FOIA to explicitly include the NSC within the definition of “agency,” thereby making it clear that records maintained by the NSC are subject to the disclosure requirements of FOIA. With greater transparency in the NSC, the public would not have to depend solely on media reports to uncover the government’s response to COVID-19. It would allow the public to decide whether President Trump had failed to discharge his duties as chief executive and may have even compelled him to pay closer attention to the NSC’s intelligence and act earlier on the NSC’s recommendations to save American lives.

Congress enacted the Freedom of Information Act in 1966 to balance two competing priorities: the executive branch’s need for secrecy and the public’s need to have access to information to hold the executive branch accountable. But this can be a contentious endeavor, and the courts are often called upon to determine when information requested by the public should be disclosed. There is a strong presumption towards government disclosure, and the law imposes a burden on the government to justify nondisclosures or “exemptions.” For example, enumerated exemptions allow the government to withhold disclosure of information that has been properly classified to protect national security, along with trade secrets and commercial or financial information.

The NSC, however, has been granted a blanket exemption by appellate courts due to a loophole in FOIA. Congress amended FOIA in the aftermath of the Nixon-Watergate scandal to explicitly include records kept by the EOP but failed to mention the NSC. And even though the NSC operates inside the EOP, appellate courts have exploited Congress’ omission by relying on the U.S. Supreme Court holding in Kissinger v. Reporters Committee for Freedom of the Press (1980). In that case, the Court determined that despite the post-Watergate amendments, Congress still did not intend FOIA to extend to “the President’s immediate personal staff or units in the Executive Office [of the President] whose sole function is to advise and assist the President.”

This landmark decision has since enabled appellate courts to block the NSC from being subject to FOIA. First is the decision in Armstrong v. NSC (1996), in which the circuit court decided that the NSC lacks the authority to do more than advise and assist the president in making and implementing policy. Thus, applying the U.S. Supreme Court’s opinion in Kissinger, the circuit court ruled that the NSC is not subject to FOIA.

Second is the decision in Main Street v. NSC (2016), when a law clinic at The City University of New York sued the NSC for information pertaining to the targeted killing of U.S. citizens and foreign nationals through drone strikes. Rather than examining how the NSC functions in practice as the D.C. Circuit had done in the Armstrong case, the Second Circuit Court of Appeals turned instead to the statutory language establishing the NSC and decided that the law’s wording implies the NSC’s sole function is to advise and assist the president. Thus, again applying the U.S. Supreme Court’s opinion in Kissinger, another appellate court decided the NSC is not subject to FOIA.

The COVID-19 pandemic shows just how problematic this lack of transparency has become. One of the NSC’s chief responsibilities is coordinating whole-of-government responses to national emergencies like COVID-19. Thanks to The New York Times’ bombshell April 11 report and more recent findings by The Washington Post, we now know the NSC began receiving intelligence in early January that the disease would spread to the United States with potentially devastating consequences. According to The New York Times report, in mid-February the White House coronavirus task force prepared a memo “in coordination with the National Security Council” that advised the president to consider calling for the cancellation of nearly all public and private meetings, sporting events, and initiating widespread “stay at home” directives. Yet despite the NSC’s warnings and urgings, the president continued to deny or downplay the risk the virus posed to the American people. It was not until March 16, some four weeks after the aforementioned NSC memos were issued, that the president finally announced the need for social distancing measures.

Without these bombshell New York Times and Washington Post reports, and in the absence of FOIA, it could have taken the public years to discover that President Trump spent weeks sitting on the NSC’s actionable intelligence and urgent recommendations. Moreover, the public still does not have access to the NSC’s original documents or proposals and must rely on second-hand accounts from reporters. In addition, President Trump would have much more difficulty demurring, denying, or otherwise obscuring the fact that he ignored the NSC’s intelligence and recommendations.

Beyond promoting ex post facto accountability, however, subjecting the NSC to FOIA may have pressured President Trump to act earlier than he did. Had he known that the public could later access the NSC’s documents and proposals, he might have paid closer attention to the intelligence and recommendations. In the context of the COVID-19 pandemic, this would have been game changing. Epidemiologists believe the number of U.S. fatalities could have been reduced by approximately 60 percent had social distancing guidelines been implemented just one week earlier.

Over the past four decades, the courts have gone in circles interpreting and re-interpreting which government bodies they think Congress intended to be subject to that law. Meanwhile, Congress has been silent—and the courts have noticed. In the Second Circuit Main Street opinion, for example, the Second Circuit noted that “[i]n the almost twenty years since the D.C. Circuit held the NSC not to be an agency subject to the FOIA, Congress has made no effort to reverse that decision.” Congress needs to put an end to this ambiguity by passing legislation delineating the NSC as an executive agency subject to FOIA.

This legislation would not be a silver bullet. As Andy Wright has pointed out, the executive will surely claim the records are exempt from disclosure under two of the exemptions set forth in the FOIA statute (5 U.S.C. §552(b)(3)), namely, the exemptions for classified material (exemption #1) and agency deliberation (exemption #5). But a change would allow federal courts to examine requested information in camera and issue case-by-case opinions about whether information should remain secret or be released to the public in keeping with our democratic system of checks and balances. This is a far better outcome than the current precedent, which affords the NSC a blanket exemption.

Representative Jackie Walorski (R-IN-2) twice introduced legislation amending FOIA to specifically include the NSC in 2016 and 2017 but to no avail. With questions swirling over the administration’s handling of the coronavirus pandemic, now is the time to try again. Congress needs to support the American people’s right to access the life-or-death decisions that the executive branch is making in secret and, for the sake of our democracy, strengthen the mechanisms by which Americans can hold the government accountable.

Theo Wilson is a Master of Public Affairs Candidate at Princeton University’s Woodrow Wilson School of Public and International Affairs and a national security consultant for Speaking Truth to Power. He was a 2019 summer intern at the Center for Ethics and the Rule of Law. @twilson008