University of Pennsylvania Carey Law School graduates emerge as highly trained lawyers whose legal expertise is enhanced by their participation in interdisciplinary courses and programs. With the School’s strong position in the University and its well-established connections to Penn’s sister schools, students have incredible opportunities to engage intellectually with the wider community and to learn from disciplinary experts from virtually all fields and industries.

Through its partnership with Penn’s School of Arts and Sciences, the Law School offers dual degree and certificate programs in criminology, environmental studies, American legal history, international studies, and philosophy.

This article is part of a series that spotlights members of the Law School faculty whose commitment to cross-disciplinary education and research reflect the School’s uniquely integrative curriculum.

Below are profiles of 4 distinguished faculty members who hold joint appointments in the Law School and the School of Arts and Sciences. Each has made invaluable contributions to the University and to scholarship by extending beyond disciplinary boundaries to advance unique areas of research.

Henry R. Silverman Professor of Law Anita L. Allen is a renowned expert on privacy law and ethics and holds a joint appointment as Professor of Philosophy in the School of Arts and Sciences. She is the Vice Provost for Faculty at the University and Chair of the Provost’s Advisory Arts Council.

A seasoned researcher with over 40 years of experience, Professor Allen’s work has addressed diverse issues in law, education, philosophy, health, public policy, and gender and race equality. She has written several books and more than a hundred articles and essays. Professor Allen’s book, Privacy Law and Society (Thomson/West, 2017), provided the first comprehensive treatment of U.S. privacy law and data protection. Her latest article, “Synthesis and Satisfaction: The Impact of American Philosophy on India’s Constitutional Privacy Right” was published in Theoretical Inquires in Law (January 2019).

When discussing her work, Professor Allen explained that she approaches writing “through the lenses of law and philosophy, especially ethics.”

“The law does not exist in isolation,” said Professor Allen. “It is a social institution with political, economic, and moral dimensions and historical roots.”

Professor Allen has served on dozens of professional and nonprofit boards and councils. She was appointed to President Obama’s Commission for the Study of Bioethical Issues. In 2019, Professor Allen was elected to the American Academy of Arts and Sciences. Her professional leadership, advocacy, and scholarship exemplify the values of collaboration and interdisciplinary engagement. 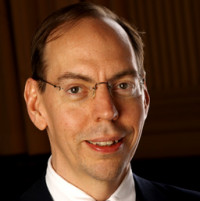 Stephen A. Cozen Professor of Law Jacques deLisle holds a joint appointment in the Political Science Department at the School or Arts and Sciences.

Professor  deLisle is an eminent scholar on contemporary Chinese law and politics whose research interests include U.S-China relations, legal reform and its relationship to economic reform and political change in China, international status of Taiwan, and cross-Strait and Mainland-Hong Kong relations.

Professor deLisle is the Director of the Asia Program at the Foreign Research Institute (FPRI) and the Director of Penn’s Center for the Study of Contemporary China (CSCC). The Center is a hub for rigorous interdisciplinary scholarship and collaboration among more than 40 affiliate faculty from 5 schools across the University.

“Like — I think — most comparative lawyers or scholars of comparative law, I’d say that understanding a legal order in another political system of culture requires insights from outside the law,” said Professor deLisle. “Perspectives from political science, economics, history, anthropology, and so on are at least valuable—and pretty much essential — to a reasonably full understanding of another legal system.”

With a career spanning over 30 years, Professor deLisle has produced an impressive body of scholarship. His research has been published in Asian studies journals, international relations journals, law reviews, and edited volumes of multidisciplinary scholarship. He regularly serves as an expert witness on issues of P.R.C., Hong Kong, and Taiwan law and government policies and is a member of the National Committee on U.S.-China Relations.

“Almost all of my work is at the borderlands between law and political science / international relations,” said Professor deLisle. “The questions I find most interesting—and that I write most about—involve the political uses and functions of law and the ways in which law reveals something about politics. For example, I’ve written about Hong Kong’s return to Chinese rule, about Taiwan’s international status and security, and, most recently, about the attempts to use legal means to hold China responsible for Covid-19-related harms. In all those cases, much of the politics is waged through law (both domestic and international) and the interesting legal questions are deeply entangled with politics.”

Professor deLisle’s most recent books include, To Get Rich is Glorious: Challenges Facing China’s Economic Reform and Opening at Forty (Brookings 2019) and China’s Global Engagement (Brookings, 2017), both co-edited with Avery Goldstein. His next book, Taiwan Under Tsai, with June Teufel Dreyer, is forthcoming in 2020.

Professor deLisle is a frequent contributor to U.S and International print and media publications. Read his commentary on China-U.S Relations from last month’s FPRI Round Table, Beyond COVID 19, Part 6: U.S-China Relations at a Standstill

Professor Tess Wilkinson-Ryan holds a joint faculty appointment in the Law School and the Department of Psychology at the School of Arts and Sciences. A leading scholar in empirical legal research, Professor Wilkinson-Ryan applies experimental methods from psychology and behavioral economics to examine the moral dimensions of legal choices.

“My work in moral psychology has transformed the way I think about contracts,” said Professor Wilkinson-Ryan. “I now see the rules of contract in terms of how they frame the moral calculus for the parties. Do they insist on this term in the deal? Do they complain when things go badly? Do they perform anyway? These are the questions that I write about, but they are also the frame for my teaching. The Socratic Method is particularly appealing for someone who is interested in cognitive processes and moral reasoning.”

On the importance of cross-disciplinary legal education, Professor Wilkinson-Ryan explained, “The world needs people who understand legal problems deeply, and that depth increasingly requires fine-grained comprehension of a complex conflict and an understanding of the institutional context of legal decision-making. Even something simple like, this consumer claims she did not consent to this company’s online privacy policy. That is a conflict that potentially implicates hard questions about perception, influence, user interface design, and, of course, contract law.”

Professor Wilkinson-Ryan’s research has been published in prominent law reviews and interdisciplinary journals on empirical research. In 2018, her article “Law and Psychology Grows Up, Goes Online, and Replicates,” with Krin Irvine and David A. Hoffman, was published in the Journal of Empirical Legal Studies. Her forthcoming paper, “Justifying Bad Deals” provides a framework for understanding widespread acceptance of unread contract terms.

Read her article published in The Atlantic, “Hush Contracts Corrupt Everyone Who Signs Them” (November 2019), in which Professor Wilkinson-Ryan and co-author David A. Hoffman, also a Professor of Law at the University of Pennsylvania Carey Law School, discuss their contracts research in the context of the #MeToo movement. 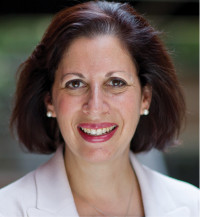 Algernon Biddle Professor of Law Claire Finkelstein is a widely recognized authority on the law of armed conflict and national security. Professor Finkelstein holds a joint appointment as a Professor of Philosophy in the School of Arts and Sciences. In 2020, she was named a Distinguished Research Fellow at the Annenberg Public Policy Center (APPC) and is a senior fellow at the Foreign Policy Research Institute (FPRI).

Professor Finkelstein is the founder and Director of Penn Law’s Center for Ethics and the Rule of Law (CERL), a nonpartisan interdisciplinary institute that facilitates innovative collaboration among researchers and experts in law, political science, and philosophy. CERL provides guidance to policymakers and seeks to educate the public on vital national security issues.

She is the editor of Hobbes on Law (Ashgate Publishing, 2005) and co-editor (with Jens David Ohlin) of The Oxford Series in Ethics, National Security, and the Rule of Law.

Her latest essays published in the Oxford series are “Repairing the Damage from Illegal Acts of State: The Costs of Failed Accountability in the U.S.” with Stephen N. Xenakis in Interrogation and Torture: Integrating Efficacy with Law and Morality (2019) and “The Imperial Presidency and the Rule of Law.” in Sovereignty and the New Executive Authority (2018). Professor Finkelstein is completing work on her next book, Contractarian Legal Theory.

Read Professor Finkelstein’s piece Responsibility and Autonomous Technologies: Is there a Problem? from the 2019 Global Order Colloquium hosted by Penn’s Perry World House.