Skip to main content area Skip to institutional navigation Skip to search
« Back to The RuleOfLaw Post
outer space • May 01, 2020 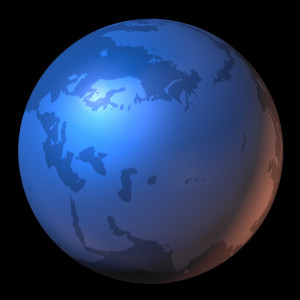 For anyone who doubts the existence of an arms race in space, sadly there is new evidence that it is in full swing. On April 15, Russia launched a direct ascent missile from a mobile unit—essentially a large truck—into outer space. Known as the Nudol system, the test was aimed at testing the capacity to destroy a satellite in space, although it did not hit any target. General Jon Raymond, chief of space operations for the recently established U.S. Space Force and commander of USSPACECOM, condemned the test and stated that it “provides yet another example that the threats to U.S. and allied space systems are real, serious and growing.” But we should read this anti-satellite (ASAT) weapon test in the full context of projection of power and force in space operations: Russia’s test is highly likely to be an answer to the space dominance assertions made by the United States, and if we want to see a halt to or even reduction in the space arms race, the United States must alter its rhetoric.

First, it is important to see the test in perspective. This was the tenth Nudol system launch since 2014. Only some of the launches were even successful as flight tests, and none has actually hit a target in space. The most recent test did not hit a target and therefore did not create space debris, making its threat level low. Compare this with India’s direct ascent ASAT test in March last year, which caused at least 400 pieces of debris to remain in orbit for several months. Debris orbiting at approximately five miles per second can cause fatal damage to satellites and can cause a knock-on effect of even more debris, potentially catastrophic for our high dependency on space-based services. As astrophysicist expert Jonathon McDowell put it, “it’s unclear why the US has its knickers in a twist” about the Nudol test. But Russia has also been making highly complex deliberate manoeuvres with objects in space, coming up close to a U.S. government-owned satellite, which suggests some kind of intelligence gathering activity. Understandably, the United States has felt nervous about Russian space weapons tests.

As I wrote in my CERL blog post last year in response to India’s ASAT test, India, China, Russia, and the United States have all demonstrated a direct ascent ASAT capability, and the three leading space actors have all demonstrated the capability to manoeuvre objects in space. There are also developments across the board of various counterspace technologies such as lasers and means of cyberattack. It is not a case of a single rogue actor. Instead, there is a space arms race among the biggest players in space, creating a threat to the stability of space for us all, particularly in light of our dependence on space for many civilian and military services.

The problem is that while the United States sees this recent Russian test as justifying the creation of a space force and the need to protect its assets from threats, Russia is doing the same thing in response to the United States’ creation of its Space Force, the public rhetoric surrounding it, and the development of U.S. counterspace technologies. Thus, we have an escalatory cycle.

With its establishment of the Space Force at the end of 2019, the United States put in place a military arm to fortify its official stance that space is a warfighting domain. While there is no doubt that space is now integral to supporting terrestrial warfare with space-based systems such as GPS, communications satellites, command and control satellites, systems used for remote piloting, and tracking movement of allied and enemy troops, this does not necessarily turn outer space itself into a warfighting domain. Indeed, Article IV of the 1967 Outer Space Treaty states that the Moon and all other naturally occurring “celestial bodies” shall be used “exclusively for peaceful purposes.” Article III prescribes that all activities in outer space shall be “in accordance with international law…in the interest of maintaining international peace and security and promoting international co-operation and understanding.” Moreover, whereas wars are usually fought with respect to control over a certain territory—be it terrestrial, maritime, or air—Article II of the Outer Space Treaty provides that no State shall claim sovereignty in outer space, and in the words of Article I outer space is “the province of all mankind.”

Calling space a warfighting domain has raised the ire of potential adversaries like China and Russia and has even caused disagreement with U.S. allies. For example, no other NATO partner uses the same nomenclature, despite partners’ similar uses of space for military purposes. Notably, in 2019, NATO members agreed upon a different term in their space policy, declaring that space is an “operational zone.” Arguably, this term is more descriptive and less inflammatory than the U.S. term, given that space is clearly integral to military and security operations nationally, regionally, and globally.

The policy that comes paired with the establishment of the Space Force has also raised some eyebrows. The national security interests are legitimate: there is a need to protect space-based assets from adversarial threats, particularly at a time when there is renewed great power competition. However, the language of some influential defense studies and public policy documents all point to a move towards offensive space control and attempted space dominance.

Nevertheless, a study commissioned by the Department of Defense entitled “Contested Space Operations, Space Defense, Deterrence, and Warfighting” concludes that dominance in space is not critical to U.S. nor allied defense. This aligns with the argument made in a key paper written for the Atlantic Council in 2016 by space security and arms control experts Joan Johnson-Freese and Theresa Hitchens. They argue that what is needed is “strategic rebalancing” and that seeking to dominate space militarily will likely lead to a counter-productive escalatory cycle of competition. If we want to protect our space-based assets and those of our allies, we need to reduce the risk of an arms race rather than incite one.

Frank Rose, former State Department Assistant Secretary in charge of arms control during the Obama Administration, notes in an article in Breaking Defense that military might alone is not the answer to those threats—diplomacy is also needed. And for diplomacy, Rose gives the State Department “very low marks….[it] has essentially been absent” in trying to find ways to lessen tensions in space.

Perhaps of greatest concern is the United States’ refusal to enter into any negotiations on a space arms control treaty or even to provide or support alternative mechanisms such as a non-binding instrument that could curtail the current space arms race. There is nothing under international law that precludes ASAT testing of any sort, and Article IV of the Outer Space Treaty only prohibits the placement of nuclear weapons or other weapons of mass destruction. Russia and China have co-sponsored a proposed Treaty on the Prevention of the Placement of Weapons in Outer Space, but the United States refuses to negotiate, citing the lack of verification measures and the impossibility of defining what is a weapon in space. The United States also withdrew support for the ill-fated International Code of Conduct for Outer Space Activities in 2015 and more recently blocked international attempts to discuss an alternative space arms control treaty at the UN level.

As General Raymond put it in his statement following the recent Russian test: “It is a shared interest and responsibility of all spacefaring nations to create safe, stable and operationally sustainable conditions for space activities, including commercial, civil and national security activities.” Those safe, stable, and sustainable conditions require diplomacy, cooperation, and policies that reflect the sense of shared responsibility. They require pro-active moves with respect to arms control agreements, and they require an understanding that military dominance in space is not possible—nor desirable—the way it might be in other domains.