The Office of International Programs is dedicated to increasing understanding of international, foreign and comparative law across all areas of the academic and extracurricular program. Always moving forward, our office seeks to meet changing legal education needs through innovation or adaptation of our existing programs. 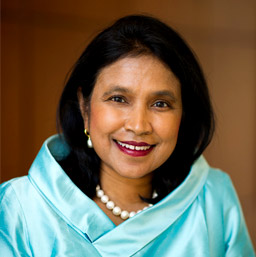 
Rangita de Silva de Alwis is a globally recognized international women’s rights expert. She serves as the Associate Dean of International Affairs at the University of Pennsylvania Carey Law School where she teaches international women’s rights and has been appointed Leader-in-Residence at the Harvard Kennedy School’s Women and Public Policy Program for 2019-2020 academic year. In 2017, she started the Global Women’s Leadership Project and Women, Law & Leadership Lab under the auspices of UN Women’s Executive Director, Under Secretary-General Phumzile Mlambo-Ngcuka to map the laws that regulate the status of women in the family. Rangita serves as Special Advisor to the President of Wellesley College and as Distinguished Adviser to the Executive Director of UN Women on global women’s rights and women’s leadership. Rangita is a Non-Resident Senior Fellow of Harvard Law School’s Center on the Legal Profession where she is co-authoring a study with Under Secretary General Mlambo-Ngcuka on the transformative impact of business leadership, innovation, and inclusion on accelerating the SDGs. She also serves on the UN Women High Level Working Group on Women’s Access to Justice and as Advisor to Gender Equality at UNESCO.  In 2017, she was appointed a Global Advisor to the UN Sustainable Development Goal Fund. Most recently, Rangita advised the European Union in directing Foreign Policy and development cooperation in the EU Resolution “Toward an EU external strategy against early and forced marriage” introduced before the European Parliament in 2018. By appointment by the Hon. Julia Gillard, the former Prime Minister of Australia, she serves on the Steering Group for the Global Gender and Leadership Index at King’s College, London. At the appointment of the World Bank’s Legal Vice Presidency, Rangita serves as an Expert to the Access to Justice and Technology Task Force of the World Bank Group.

Before coming to the Law School, she was the inaugural director of the Global Women’s Leadership Initiative and the Women in Public Service Project launched by Secretary Hillary Clinton and the Seven Sisters Colleges at Wellesley College which then moved to the Woodrow Wilson International Center for Scholars. Rangita is a women’s human rights scholar and practitioner with over 25 years of experience working globally in over 25 countries with a vast network of academic institutions, government, and nongovernment entities on women’s human rights law and policy making and institutional reform. She has convened several transnational networks including the Women’s Leadership Network in Muslim Communities, the Asia Cause Lawyer Network in India, and the Gender and Law Expert Group and the Women’s Watch in China. She has worked over 15 years with Chinese gender and law experts and academics and has testified twice before the Congressional Executive Commission on China on the status of women’s rights in China. She has advised UNICEF, UN Women, UNFPA, and UNDP on state accountability under the relevant human rights treaties and the intersections of the different treaties and treaty bodies. She has lectured at Yale Law School and spoken around the world on gender-based law reform. She has served as Visiting Faculty at the Hong Kong University School of Law in 2017 and 2018. She has published widely with the United Nations, and in various leading law journals including with Yale Journal of Law and Feminism; NYU Journal of International Law and Politics; Texas Journal of Gender and the Law; University of Pennsylvania East Asia Law Journal; Duke Journal of Gender and the Law; UCLA Pacific Rim Journal; UCLA Journal of International Law and Foreign Relations, Michigan Journal of International Law,  University of Washington International Law Journal,  University of Pennsylvania International Law Journal, and the Berkeley Journal of International Law.

Most recently, she developed a Gender Supplement to the U.N. Secretary General’s Guidelines on Disability, and a report to the World Bank on Women’s Voice and Agency. Her latest work has been on Gender and Disability Lawmaking for UN DESA.

Rangita has a LL.M and S.J.D. from Harvard Law School and was a Teaching Fellow with the European Law Research Institute at Harvard Law School, a Research Fellow with the Women and Public Policy Program at the Kennedy School of Government, Harvard University and a Visiting Fellow at Harvard Law School’s Human Rights Program. She serves as an Advisor to the National Security Council on addressing legal barriers that preclude women’s economic participation in developing economies, with an emphasis on Africa. She was a Fulbright Specialist with the Asian University of Women, a Distinguished Visiting Lecturer at Wellesley College, a Senior Scholar at Wellesley Centers for Women, a Salzburg Global Fellow and an Honorary Professor of China Women’s University. She has received many recognitions for her work on international women’s human rights. Most recently she was honored by Harvard Law School as a Woman Inspiring Change, 2015. She serves on several Boards including the Massachusetts General Hospital Center for Law, Brain and Behavior at Harvard University, the Landesa Board of Directors, and is a trustee of the Harpswell Foundation.

“Redefining Leadership in the Age of SDGs: Accelerating and Scaling Up Delivery Through Innovation and Inclusion,” 2020. View document here.

Opportunities and Challenges for Gender-Based Legal Reform in China, 5 E. ASIA L. REV. 197 (2010) (Translated into Chinese by the China University of Political Science and the Law and published in WOMEN’S PARTICIPATION IN CRIMINAL PROCEDURE (2010)).
[View Document]

Mining the Intersections: Advancing the Rights of Women and Children with Disabilities within an Interrelated Web of Human Rights, 18 PAC. RIM L. & POL’Y J. 293 (2009).
[View Document] 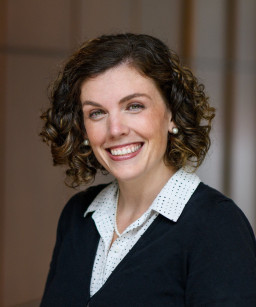 Lauren Owens is the Director of International Programs at the University of Pennsylvania Carey Law School. In her role, Lauren serves as the primary point of contact for student advising, faculty collaboration, international event planning, and the hosting of international visitors.

Lauren has a B.A. in Anthropology from Dickinson College; an M.Phil. in Race, Ethnicity and Conflict from Trinity College Dublin; a Graduate Certification in International Education from SIT Graduate Institute; and is currently completing her M.Phil. research at the University of Pennsylvania.

Lauren’s personal and professional travels have brought her to over forty countries.