Working with Associate Dean Rangita de Silva de Alwis, Distinguished Adviser to the Executive Director of UN Women, Penn Law students collected and curated a compendium of family laws around the world, identified gaps in the data collection, and develop a mapping of the gender gaps in family laws. This data was last updated in December 2018.

Family Law is a litmus test of the status of women and has an intimate and powerful impact on women’s lives. The cultural construction of gender determines the role of women and girls within the family and in turn shapes women’s citizenship. Martha Minow has defined family law as “forming underneath everything that grows,” in the sense that its “rules about roles and duties between men and women, parents and children, families and strangers historically and conceptually underlie other rules about employment and commerce, education and welfare, and perhaps the governance of the state.” Globally, family law inequalities are often translated into gender inequalities in the public sphere including in the workplace. Around the world, family law reform has had a cause and effect relationship on gender equality.

A link to the database can be found here. 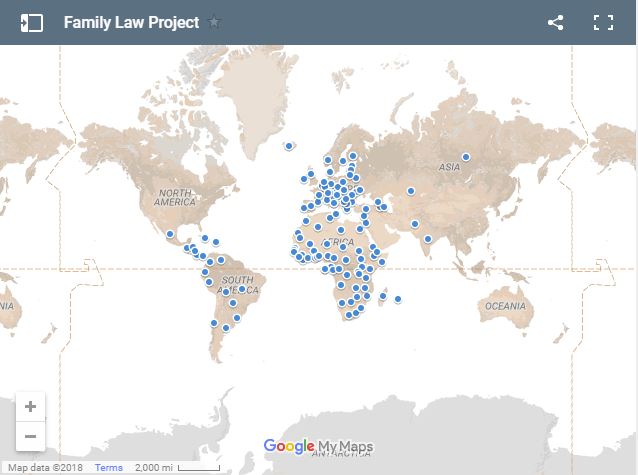 In preparation for the mapping, a series of preliminary indicators (consistent with the CEDAW) will help the Student Fellows to identify the lacunae and gender asymmetry in the laws. They include: