From 2017-2020, the University of Pennsylvania Carey Law School’s Global Women’s Leadership Project (GWLP) has provided research for UNESCO and UN Women in support of their work on women, peace, and justice and women’s human rights.

Male Allyship in the Future of Work
Law School students engage with themes of male allyship in the workplace. Read a collection of student interviews with male allies. The full report can be found here.

In Our Own Voice Podcast
Listen to podcasts recorded by students of the Law School’s International Women’s Human Rights course and invited guests, discussing the intersections of feminism and law. Students of Associate Dean Rangita de Silva de Alwis interpret legal issues through a feminist lens.

Read the Law School’s student reflections on the 20th Anniversary of the Women Peace and Security Agenda here .

Associate Dean Rangita de Silva de Alwis and the class on Women, Law and Leadership engaged in a fireside chat with Dina Powell, Partner at Goldman Sachs and Pioneer of 10,000 Women. A roundtable with Silda Spitzer focused on women in entrepreneurship and private equity. Read student Lindsay Holcomb’s reflections on the project.

From 2017-2019, under the distinguished leadership of UN Under-Secretary-General and Executive Director of UN Women, Phumzile Mlambo-Ngcuka (former Vice President of South Africa), and Irina Bokova, the Secretary-General of UNESCO (the leading female candidate for UN Secretary-General in 2016), the Law School launched the Global Women’s Leadership Project. The Project, the first of its kind, is distinctive in its unique vision: to bolster the primacy of SDG Goal 5 C’s target on gender equality law reform through research support for UN Women’s and UNESCO’s work on gender-based justice sector reform.

Founded on the spirit of the Sustainable Development Goals (SDGs) of 2015, the Law School’s Global Women’s Leadership Project strives to provide research support to UNESCO’s gender-related work on peace and justice and UN Women’s work in women’s human rights, specifically relating to legal reform, and the elimination of discrimination in justice systems. Adopted by 193 countries, The SDG’s is the crowning achievement of the global development agenda and one of the most ambitious platforms of action. Goal 5 is inextricably interlinked to all 17 SDG goals and recognizes that gender equality and ending all forms of discrimination against women and girls everywhere is linked to sustainable development and security.

Working with Student Fellows, the Law School’s Global Women’s Leadership Project’s research will build on the Beijing Platform of Action, the Convention on the Elimination of Discrimination against Women (CEDAW) and its intersectional treaties, including the Convention on the Rights of the Child (CRC) and the Convention on the Rights of Persons with Disabilities (CRPD), and the 2030 Agenda for Sustainable Development (2015).  Further, taken together, the UN Security Council’s eight resolutions 1325 (2000); 1820 (2009); 1888 (2009); 1889 (2010); 1960 (2011); 2106 (2013); 2122 (2013); and 2242 (2015) provide landmark guarantees to promote and protect the rights of women in conflict and post-conflict under the rubric of the Women Peace and Security Agenda. The Law School’s Global Women’s Leadership Project will convene important global leaders on critical conversations and build a single umbrella of research on one of the key targets of Goal 5 of the SDGs, the adoption, and strengthening of sound policies and enforceable legislation on gender equality.

From 2015-2019, the Law School hosted leading women trailblazers from around the world creating a platform to amplify women’s leadership as an urgent cause of the 21st century. 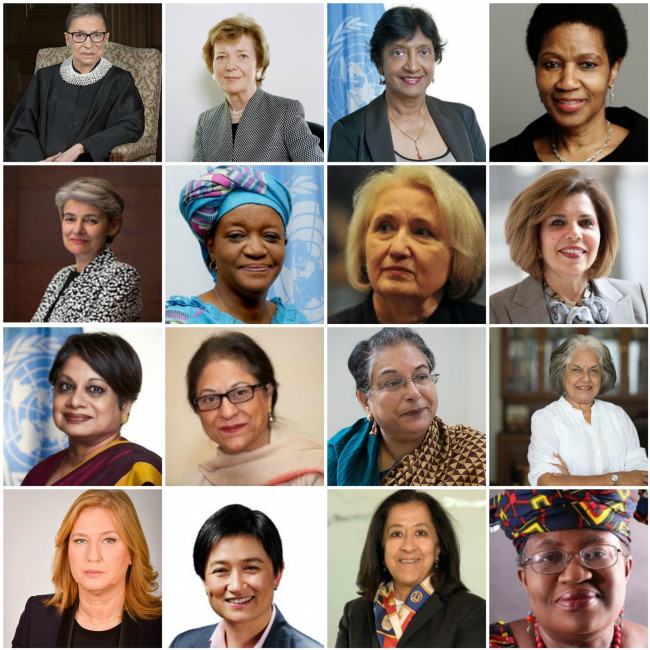 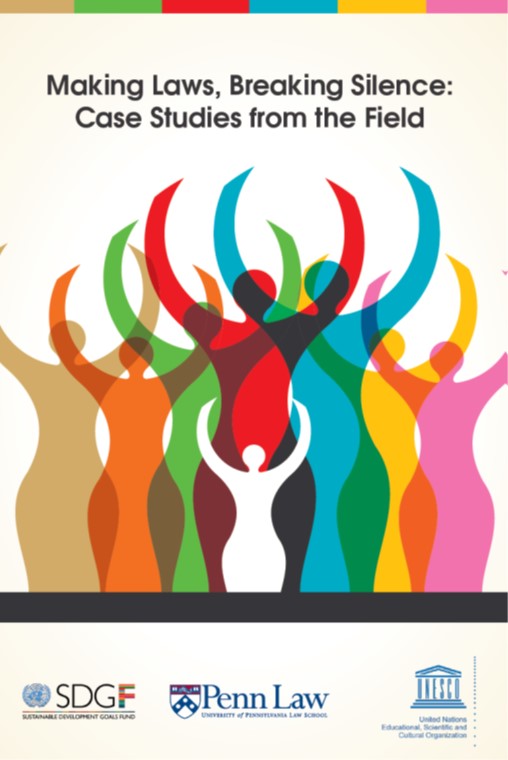 Making Laws, Breaking Silence: Case Studies from the Field grows out of a high-level roundtable convened by the Law School, UN Women, UNESCO, UN SDG Fund, and IDLO in March 2017. The convening brought together over 30 legislators, judges, and policy experts from more than 15 countries to examine new developments and challenges in gender equality lawmaking under Goal 5 of the Sustainable Development Goals. The following case studies and essays expand on those deliberations and interactions and highlight some tensions in evolving law reform efforts around the world. Closing the enforcement gap in gender equality laws is often called the “unfinished business of the 21st century.” These reflections offer fresh insights and policy guidelines for UN agencies, multilaterals, government entities and civil society organizations charged with gender-based law reform.