The perceived success of the American Constitution has led to the idea that it can or should be a model for constitutions in other countries, and that similar constitutional provisions will lead to similar experiences.

The Japanese constitution is a striking example of this trend. Written in part by American military officers after the Second World War, it contains individual rights provisions very similar to those found in the U.S. Constitution and provides for their enforcement via judicial review of government action. Unlike the United States Supreme Court, however, the Supreme Court of Japan has very rarely invalidated government acts and has not assumed the same ‘heroic’ role in the national story.

This seminar will explore judicial review in the United States and Japan in order to understand why similar textual and structural designs in the two countries have led, thus far, to different patterns of judicial practice. Comparative analysis will help us understand to what extent the American experience is the product of factors other than individual rights provisions and judicial review and thus the extent to which it may or may not be exportable to other countries.

The seminar will meet primarily during the fall semester (Thursday 4:30-6:30pm) and for two additional sessions in the spring semester, where students will present their research. The Spring term sessions will meet during the make-up period so as to avoid a conflict with students’ other Spring term classes.

During the spring break (March 3-11, 2018), the class will spend one week in Japan, where the group will meet with meet with judges, legislators, and scholars to gain a Japanese perspective on the question of judicial review in Japan. In order to be eligible for this class, students must be able to attend the entirety of this research trip.

Students will be responsible for arranging and paying for their own transportation to/from Japan. Students must arrive on the specified date and remain with the group until the end of the program. There will be no exceptions for late arrivals or early departures.

In addition to airfare, students will be charged a $900 program fee (for accommodations, in-country transportation and other programmatic expenses.) The trip fee assumes double occupancy accommodations. Some meals and cultural excursions will be covered by the program fees, but students will be expected to cover additional meals, sightseeing activities and incidental expenses.

Penn Law will provide partial or full financial aid to qualifying students. Students are also able to increase their loans to cover costs associated with this trip. After enrollment is determined, students seeking financial aid will be asked to provide a separate letter explaining the basis for their need. Financial aid decisions will be made in a timely fashion to allow students to drop the course should they wish to.

This class is open to 2L, 3L, and LLM students; there are no pre-requisites for enrolling in the seminar.

The application deadline is July 14, 2017. In order to be considered for the seminar, students must follow the instructions provided via the online form below. Applicants must submit a short personal statement (of no more than 500 words) describing their reasons for wanting to take this class and their interest in the topic together with a resume and unofficial transcript. As noted previously, only students who are able to be a part of the March research trip should apply. 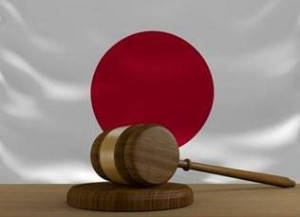