The Clinic levels the playing field for the little guy against big corporations and governments, winning justice for plaintiffs in copyright cases and wrongful-death lawsuits, as well as debtors in bankruptcy trying to keep their homes.

In Yuma Anesthesia Medical Services v. Fleming (2010), a medical practice withdrew its job offer to an anesthesiologist when it learned he had sickle-cell anemia. Represented by a top Supreme Court law firm, the medical practice asked the Court to review whether the Rehabilitation Act even protects independent contractors from disability discrimination.  Representing the anesthesiologist, the Clinic successfully opposed certiorari, distinguishing the cases in the circuit split and offering a new understanding of how the Rehabilitation Act applies to employment cases.

In Levin v. United States (2013), a navy doctor performed eye surgery on a veteran after he had allegedly withdrawn his consent to the operation, injuring his eyesight. The lower courts held that sovereign immunity barred the suit against the United States, reading the statutory waiver of sovereign immunity narrowly. The Court appointed James Feldman as amicus curiae to brief and argue the case in support of Mr. Levin’s position, a “great honor.” Feldman and the Clinic carefully parsed the interaction of the Federal Tort Claims Act and the Gonzalez Act, persuading all nine Justices of the Court to hold unanimously that sovereign immunity does not bar lawsuits by victims of medical battery against the United States. The Court’s opinion praised Feldman’s effective performance and “well stated arguments.”

In Petrella v. MGM (2014), the movie studio MGM continued to distribute the famous movie Raging Bull after the copyright to the screenplay had reverted to the family of the screenplay’s author. The court of appeals in California dismissed the daughter’s copyright-infringement suit as filed too late. The case was a David versus Goliath matchup against one of the most powerful Hollywood studios and its elite law firm, as well as an array of industry groups supporting it. Nevertheless, the Clinic persuaded the Supreme Court to take the case and to hold that the defense of laches (delay) can never bar damages and can rarely bar injunctions for copyright infringements occurring within or after the three-year statute of limitations. 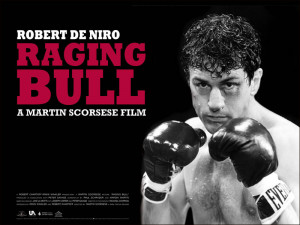