Tradition: noun, the handing down of statements, beliefs, legends, customs, information, etc., from generation to generation.

Listed below are just a few of the fun traditions that generations of Penn Law students established and left for their successors!

Named after Penn Law Professor (1915-1950) and former Dean of the Law School (1941-1945) Edwin R. Keedy, this moot court competition brings together the top four students from the 2L Appellate Advocacy II course to argue before a panel of distinguished jurists. This takes place at the start of the spring semester.

Just like high school! The Law School Prom brings together classmates at the end of the third year for a night of cocktails, dancing, and entertainment at venues in and around Philadelphia.

Penn Law’s annual two-day writing competition that serves as a gateway to membership on one of Penn Law’s four law journals. The competition involves 1Ls, their blue books, red pens, and wite-out as they test their editing and writing skills.  Each participant’s performance in the competition, their preferences, and overall grades determine placement on the various journals.

“Meet me at the Clock” 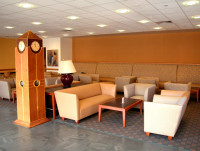 A favorite spot to meet friends in-between classes. The Clock stands on one side of the Courtyard (in Tanenbaum Hall).

“Meet me at the Goat”

Another favorite spot for students at Penn Law. The Goat resides in the Haaga Lounge, outside Silverman Hall. 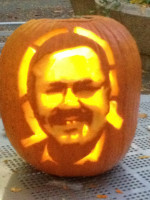 Rapidly becoming a Fall favorite, this annual contest pits the carving skills of teams of Penn Law students against each other to see who can win the “Scariest,” the “Most Creative,” the “Funniest,” and more. A panel of faculty members and staff will do the judging.  Bribing the judges is not allowed!  Winners will receive certificates, suitable for framing and hanging next to your Penn Law diploma.

Stay up to date with Penn Law and your fellow alumni!

Visit the Alumni Commons, Penn Law’s new searchable alumni database, to edit your current contact information (which ensures that you are receiving notices regarding Penn Law alumni programs in your region) and to look up friends and classmates.  Search for Penn Law alumni by name, class year, region, employer, and more.