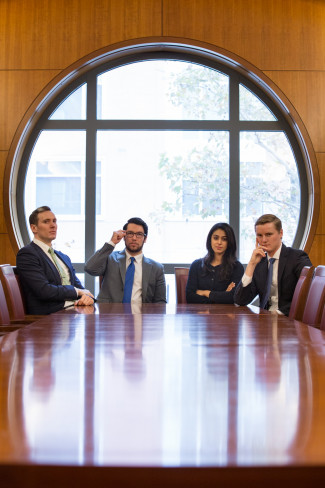 Twenty-one revelers held a wild party at a vacant house in the District of Columbia. Police arrived at the house and arrested the partygoers for trespassing, despite the partygoers’ assertions that they were invited or had permission to be in the house. The partygoers sued, and their case, District of Columbia v. Wesby, is now pending before the United States Supreme Court. In this year’s Keedy Cup, Penn Law’s finest appellate advocates argue whether (1) those arrests lacked probable cause and thus violated the partygoers’ Fourth Amendment rights, and (2) even if the arrests were unconstitutional, the officers nevertheless are immune from suit.

About the Keedy Cup

All students, faculty, and staff are invited to attend and no RSVP is required. There will be a reception in the Goat immediately following the event.