Philadelphia is the birthplace of the U.S. Constitution. Millions around the globe are inspired by the decisions made here, which laid the bedrock foundation for the American legal system.

In 1790, James Wilson, a signer of the Declaration of Independence, framer of the Constitution and member of the first U.S. Supreme Court, delivered the University of Pennsylvania’s first lectures in law to President George Washington and all the members of his Cabinet.

Following this auspicious beginning, Penn began offering a full-time program in law in 1850, under the leadership of George Sharswood, an innovator in legal education. Since that time, Penn Law has been at the forefront of legal education in our country. 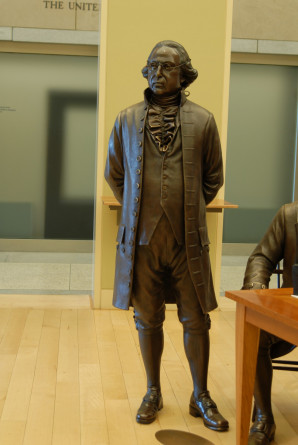